Language is the key to understanding other peoples and cultures—their beliefs and practices, their history and future. In today's economy, all fields are global. Proficiency in multiple languages is your door to a world of opportunity.

We offer majors and minors for several languages and offer classes in many more. 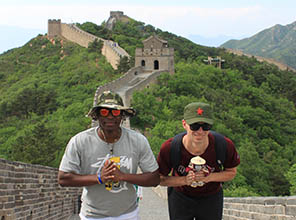 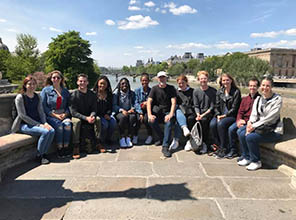 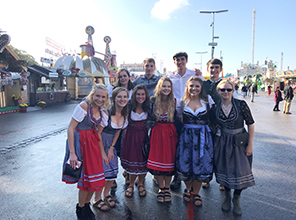 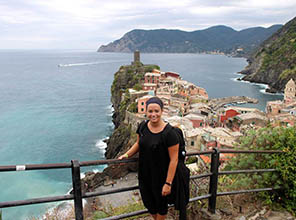 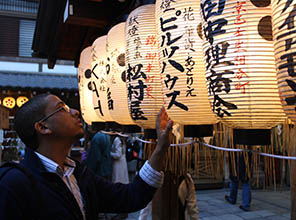 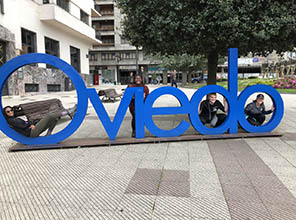 Do you speak another language?

If you learned a language other than English at home, or studied one intensively in school, you may already meet our language competency standards.

The Language Resource Center provides you with audio, video, and technological equipment to help you learn and practice foreign languages, including 32 workstations where you can master your language skills. It also features a seminar room where classes and individuals can watch modern language videos and presentations.

We bring languages to life 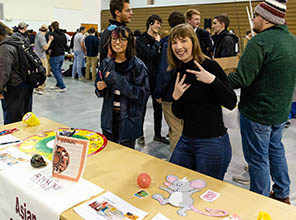 Asian Students United is a forum for Asian and non-Asian students to gather and discuss, to provide a safe retreat, to provide support and fellowship for Asian students and other students of the community, and to educate one another on the topics of diversity, culture, and heritage. Hispanic Organization for Leadership and Development (H.O.L.A) is an open, multicultural, student organization whose goal is to preserve, promote and enhance an awareness of Hispanic cultural diversity and heritage at Roanoke College and the greater community. Established in 1906, Pi Delta Phi is the French National Honor Society for undergraduate and graduate students at accredited public and private colleges and universities in the United States.

Members of Sigma Delta Pi organize and participate in activities that promote Spanish language and culture. Sigma Delta Pi offers a number of scholarships for summer study in Spain and Latin America. 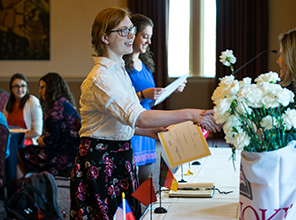 Founded at Roanoke College, Xi Theta Chi is open to all who study and promote languages.

By meeting competency standards as described below, students are excused from taking some courses to satisfy the General Education requirements. The awarding of competency does not carry academic credit. Rather, it gives students more program flexibility by increasing their number of elective courses and allowing them to move to higher levels of study at a faster pace if they wish. If a student elects to take a course for credit after being awarded competency for that course, the competency is removed (except in foreign language where students cannot elect to repeat coursework for which they have earned competency).