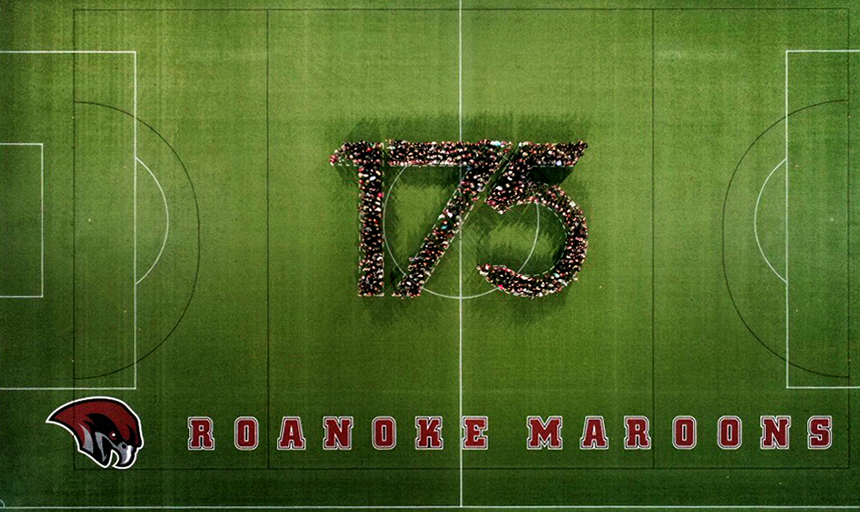 On Monday, Nov. 13, students, faculty and staff gathered, along with many local alumni and friends, in Kerr Stadium to create a giant 175 photo opp.

Like many successful events at Roanoke College, this one required a team effort to create. Once the Office of Public Relations decided a 175 picture was needed, the Kerr Stadium field was selected as the photo shoot location since there were good views from several angles and the field is already emblazoned with "Roanoke Maroons." The field was scheduled after fall sports season concluded.

Graphic designer James France took the 175th anniversary logo and used his background in architecture to match the logo to the size of the center circle on the field. The numbers, 60 feet in height, are designed with "just straight lines and circles" so they could be easily painted on the field using string, France said.

France produced a drawing to scale and then turned over the work to Bill Martin, manager of landscaping and grounds, and the grounds crew. They marked the corners of the numbers on Friday, Nov. 10, and then filled in the lines with temporary chalk paint on Monday. John Farmer, Cregger Center director, and Cregger staff were helpful in planning and resources as well, providing rooftop access and lights and sound for the stadium.

So the field looked great but needed people. Faculty, staff, students and local alumni were invited to join in the photo shoot. To encourage attendance on a potentially chilly day, the PR staff ordered t-shirts, water bottles and tote bags to give away, as well as a $200 campus store gift card to be given away via the college's SnapChat.

The chilly day led to concerns about low attendance. Options were considered, such as filling in one number at a time or outlining the 175 with people. But when the time came, groups of Maroons, wearing their best Noke gear, streamed into Kerr Stadium. 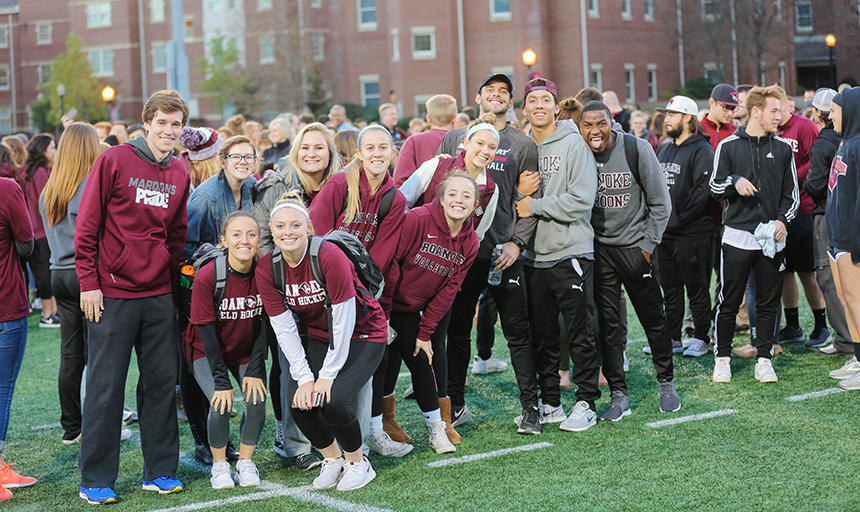 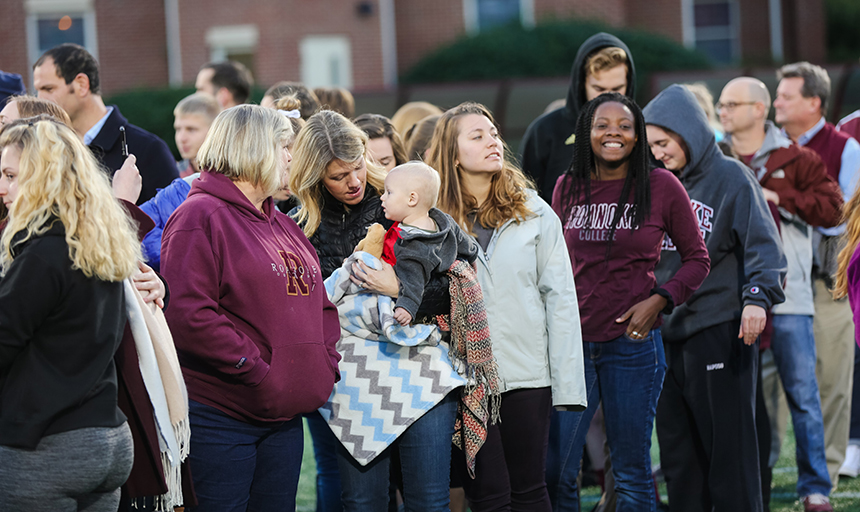 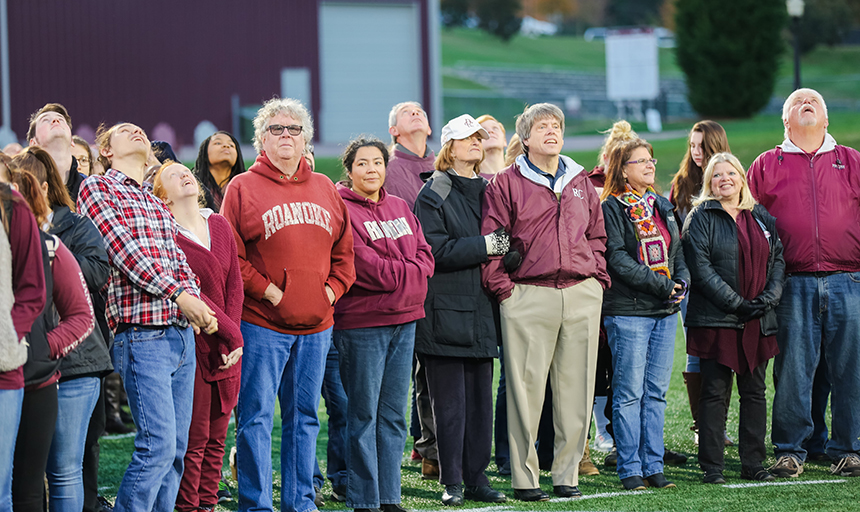 WRKE's Elijah Wilhelm, who also announces Maroons games, was tapped to be the voice of the 175 photo. As people arrived, Wilhelm relayed directions from France, as both were positioned on the roof of the Cregger Center. "Those still arriving, please move quickly to the bottom of the five," Wilhelm said.

Once every number was filled equally with Maroons, four photographers on duty went to work. Freelance photographer Sam Dean's drone lifted above the stadium and captured a bird's eye view of the field. Other photographers-Griffin Pivarunas '16, Ashley Eagleson '20 and Ryan Hunt '18-took pictures from the roof of the Cregger Center. 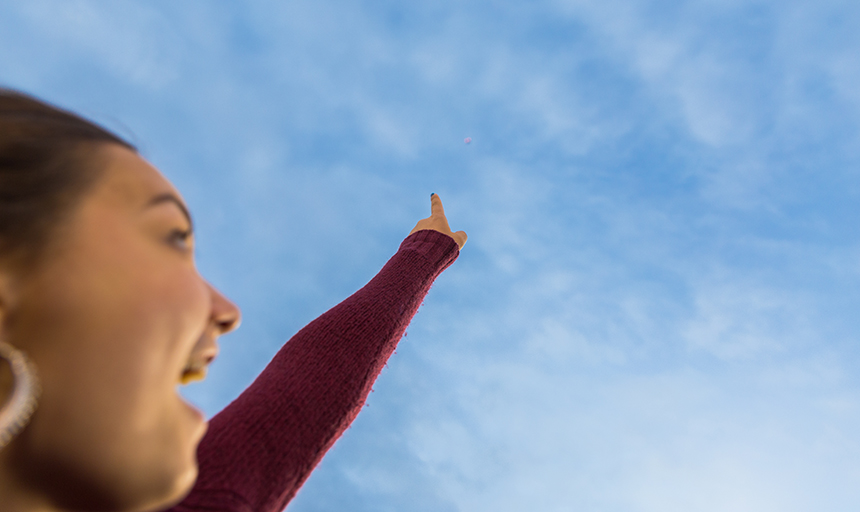 As the sun began to set, pink sky and clouds colored the background and reflected onto the windows of the Cregger Center. 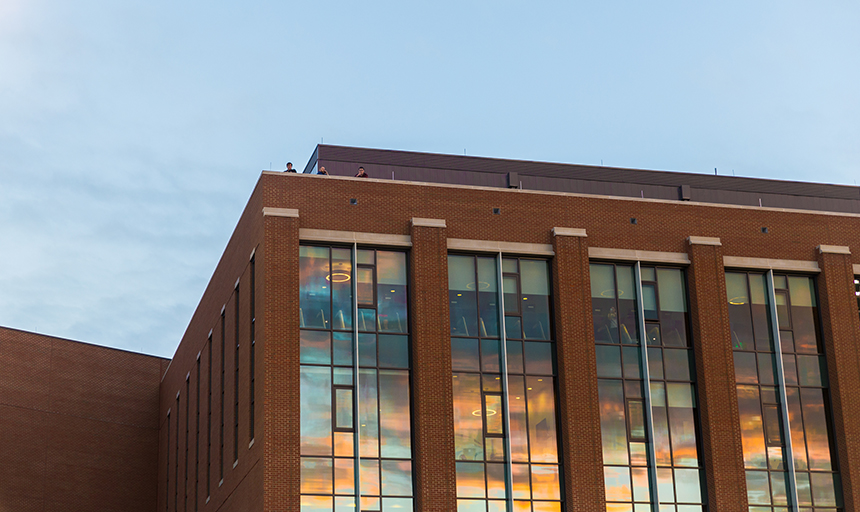 Once the photos were taken, Wilhelm dismissed the crowd and hundreds of students made a mad dash to the sidelines for T-shirts and water bottles. The 175 formation was a success! 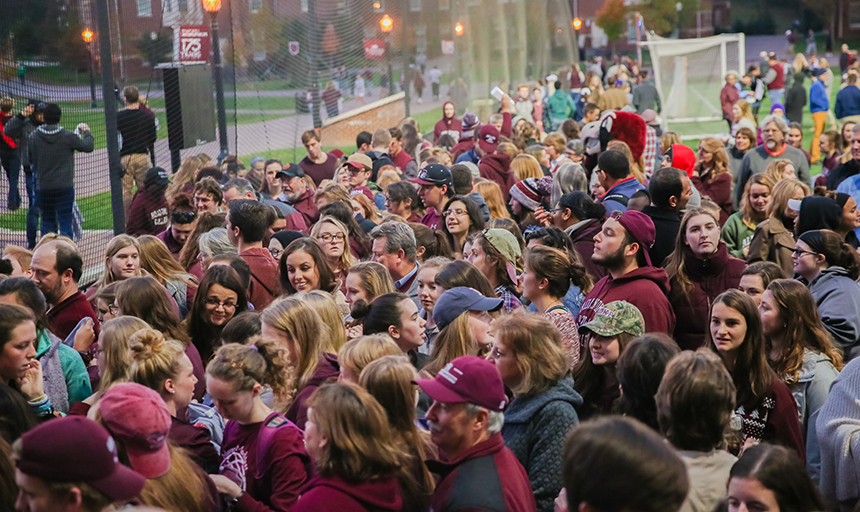 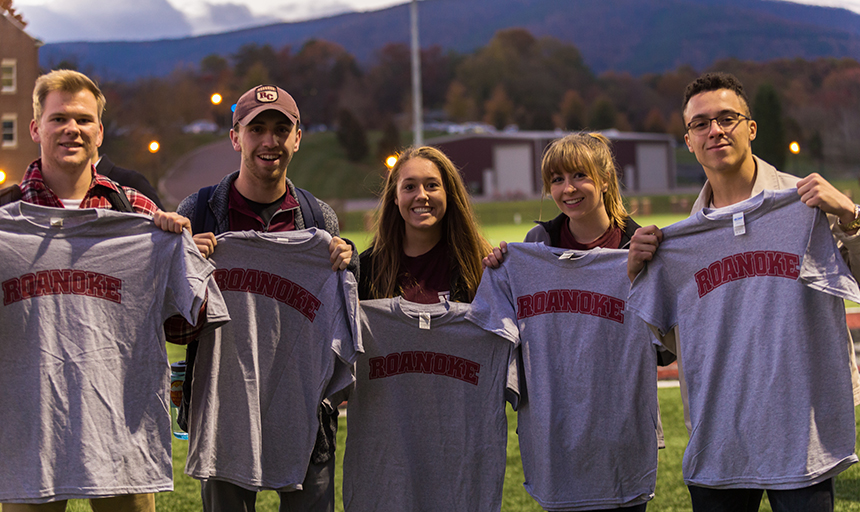 See some of the images here, including high resolution images from the drone so you can zoom in and look for yourself or your friends.

A huge "Thank you!" to everyone who came out for this historic photo. Many people weren't able to attend due to classes, jobs and distance from campus, but rest assured, those present represented the Maroon Nation in fine fashion!

Go Maroons! You look marvelous for 175!