A rock, a post, a seal and a big maroon bird

Like all long-standing institutions, Roanoke has its own distinctive character. After a few weeks here, you'll begin to understand what ties "Maroons" together, the lingo we all use as shorthand for our favorite places, and some of the quirky traditions we hold dear. Here are three you can't miss if you come and visit us. 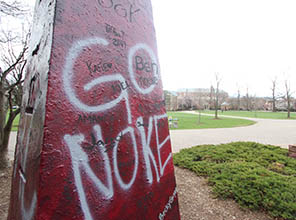 What started as a battle between graffiti artists and Building and Grounds personnel in 1971, the painting of The Rock, is currently a major source of information for campus events. Student organizations paint the ten-foot cement monument in front of Sections to promote lectures, performances, sport events and theme weeks on campus. 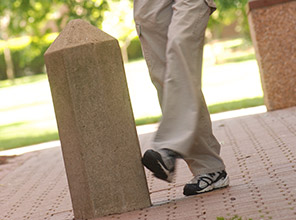 The Kicking Post is a 3-foot cement marker that stands in the path connecting the Heritage Walk and the Back Quad. After an incident in the 1920s where a faculty member was almost run down by a student with a car, the octagonal obelisk was put up as a barrier to keep vehicles away from the Back Quad. The Kicking Post got its name because students have been kicking it when they pass as a token of good luck for generations. 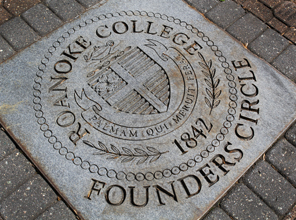 The seal in front of the Administration Building is a fairly recent addition to the Roanoke campus. It was built in 1995 as a way to recognize those who contribute to the Roanoke Fund. There is a superstition among students that anyone who steps on the seal inside the Founders Circle will not graduate. 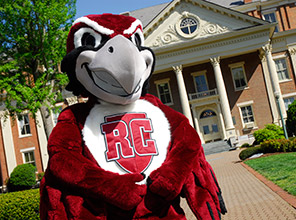 Walk around campus most days (or go to any athletic event), and you're bound to see a big red bird-Rooney-flapping its wings. Roanoke students and alumni are called Maroons, and the college didn't have far to look to find an appropriate mascot-the "Maroon-tailed" hawk, a little-known, but clever breed that is found only in the vicinity of the Roanoke College campus. 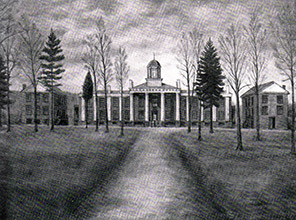 Roanoke College was founded in 1842 as Virginia Institute, near Staunton, Virginia. The school was the vision of two Lutheran pastors, David Bittle and Christopher Baughman. Charted by the state of Virginia as Roanoke College in 1853, Roanoke is the second oldest Lutheran college in the nation. Under the leadership of Rev. Dr. David Bittle, the College grew not only in physical size but also in enrollment and reputation. 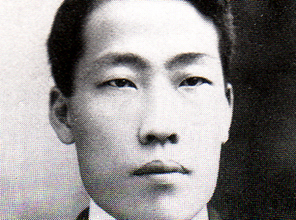 The Rev. Dr. Julius Dreher, Roanoke's third president, emphasized internationalization long before it came into vogue. From the 1870s through the 1890s, he recruited heavily among the Choctaw in Oklahoma Territory. The first Mexican student came in 1876 and the first Japanese student in 1888. The first two Koreans ever to graduate from an American college or university received their degrees at Roanoke in 1898 and 1903. 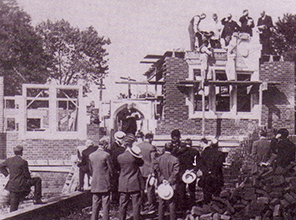 The Rev. Dr. John Alfred Morehead increased building activity in the 1910s, which included Sections IV and the Commons, which allowed more students to live and eat on campus, as well as a gymnasium. Morehead increased the size of the faculty and the student body, which surpassed 200 for the first time. Rev. Morehead left the college in 1919 to lead Lutheran relief work in Europe after World War I. For this work he was nominated for the Nobel Peace Prize. 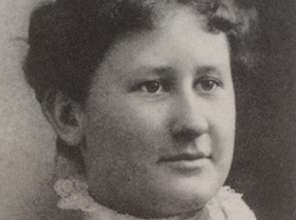 The Rev. Dr. Charles J. Smith left Holy Trinity Lutheran Church in New York City to become Roanoke's fifth president. Dr. Smith expanded course offerings, majors and more electives and increased the endowment by $500,000. Campus improvements included the construction of Alumni Gym, Lucas Hall chemistry building, an infirmary, faculty apartments, Smith Hall dormitory, and the expansion of the physics building. He encouraged women to enroll and, in 1930, they were admitted on a status equal to men. 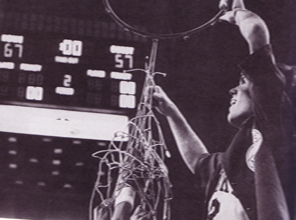 President Perry Kendig supervised the biggest expansion in Roanoke's history-Roanoke's enrollment jumped from 800 to 1,250 and its faculty increased to 65. The College also changed socially, integrating smoothly in 1964. In 1972, the Roanoke basketball team won the NCAA Division II championship. 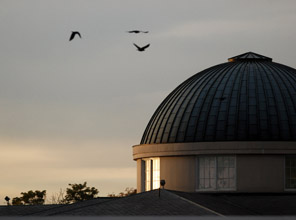 Bolstered by fundraising successes, the College initiated major building and expansion programs, under the leadership of President Norm Fintel. Olin Hall and the Bast Center were built, and the old Roanoke County Courthouse and the site of the former Elizabeth College were acquired. The capstone project was the complete overhaul and expansion of the Library. An anonymous donor named the Library after Norm and Jo Fintel. 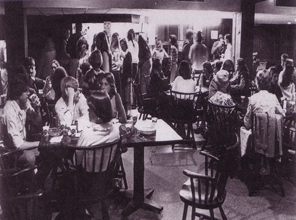 In the 1990s, President David Gring oversaw further physical expansion of the College with the dedication of the newly renovated and expanded Fintel Library; the addition of Belk Fitness Center, Colket Center and Sutton Commons; and the renovation of the old Roanoke County Courthouse into Francis T. West Hall. Continued emphasis on faculty-student interaction was evidenced in independent studies, internships and the creation of the Summer Scholar program. 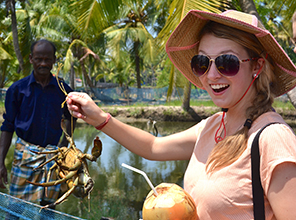 In 2009, under Michael Maxey, Roanoke's current president, the College instituted a new Intellectual Inquiry core curriculum with nearly 80 courses. This new curriculum is part of a plan to provide students with a broad, deep and experiential education. To this end, Roanoke College has strengthened the honors program and greatly expanded opportunities for real-world learning through study abroad, internships, service and creative work. 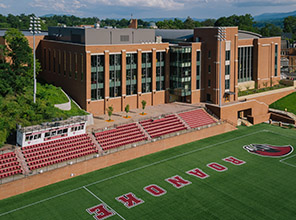 Under President Maxey, improvement of campus facilities continues, and the College now has more than 50 buildings. A hallmark was the 2010 reopening of the renovated and expanded Lucas Hall-the College's first LEED-certified project. Blue Ridge, Shenandoah, Tabor and Afton Halls were recently renovated, and a new tennis complex was built on the Elizabeth campus. The Cregger Center, including recreational and athletic facilities that enhanced the College's athletics programs, opened in 2016.