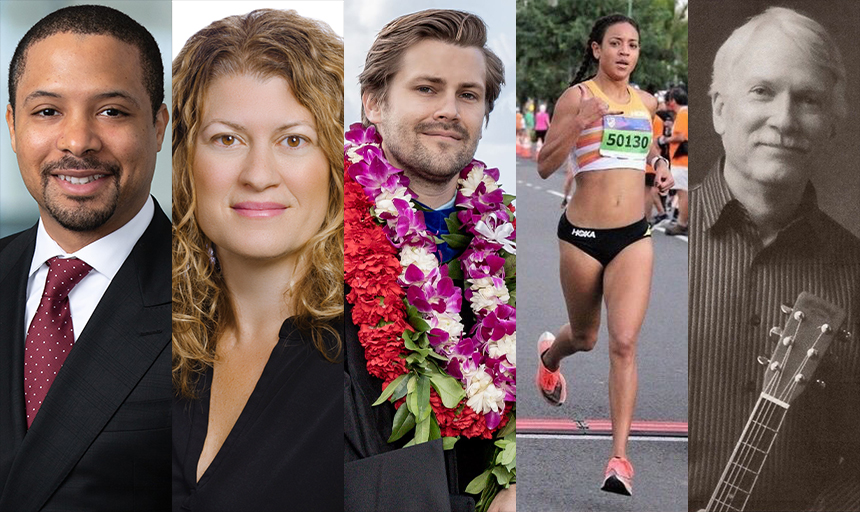 Ian Shaw ’08, an associate at the law firm of Munsch Hardt Kopf & Harr, PC in Dallas, Texas, has been appointed by Gov. Greg Abbott to the Texas State Board of Pharmacy.

The board promotes, preserves and protects the health, safety and welfare of Texas citizens by regulating the practice of pharmacy in the public interest.

“It is evident that during these times, public health is a major topic of interest, and it will be exciting and impactful to help lead the charge in making sure Texas is upholding quality care and focusing on positive patient outcomes,” Shaw shared in an email. “The board’s primary focus is to prioritize the health and safety of the citizens of Texas in all aspects of facilitating pharmacy regulation. Although there will be some challenges, I am excited to be part of the solution.”

Shaw has had a varied career path. After graduating from Roanoke College, he took a job at Brewer Attorneys & Counselors as a junior consultant in New York City. While living in New York, he received a Marketing Certificate at Cornell University and a Public Relations Certificate from New York University. In addition, he founded Creative Outlook On Life (C.O.O.L.), a lifestyle fashion company, with two other Roanoke alumni, Shaman Douglass ’09 and Nuwo Johnson ’08.

After nine years as a consultant with Brewer in New York, Shaw moved to Dallas to attend the University of North Texas at Dallas College of Law. Upon graduating and passing the bar, he accepted an associate position at Brewer. After spending about 18 months as an attorney at Brewer practicing commercial litigation — primarily on the federal level — Shaw took a job with his current employer, Munsch Hardt Kopf & Harr, P.C, where he practices commercial litigation and labor employment.

“The board’s primary focus is to prioritize the health and safety of the citizens of Texas in all aspects of facilitating pharmacy regulation. Although there will be some challenges, I am excited to be part of the solution.”

Beth Hungate-Noland ’94 has rejoined the Corporate Section of Williams Mullen, P.C., a multi-state law firm, as a partner in the firm’s Richmond, Virginia office. Hungate-Noland moves to her new position after serving as managing director of Markel Ventures, a global specialty insurance company headquartered in Richmond. Hungate-Noland holds a B.A. in criminal justice from Roanoke College, and received a B.A. in political science from Armstrong Atlantic State College in 1999 and a J.D. from the University of Richmond in 2003.

Carmen Graves ’13 won the women’s division of the 2021 Kalakaua Merrie Mile (adjacent to Waikiki Beach, Hawai'i) in December with a time of 4:44. Graves, who competed for Roanoke College during her collegiate career, ran 4:44 and won by 35 seconds. About 800 runners finished the race. Graves’s time was close to her personal best on the track — 4:40.04 — and was her fastest road mile on a record-eligible course. “It was amazing,” Graves, who lives in Denver, Colorado, said in an interview published on LetsRun.com. “The crowds were awesome. I just like the environment, waking up to the sunrise and just beautiful."

Don Comer ’74 has released his acoustic jazz guitar CD, “OffHand,” which is available and streaming on all platforms. His second CD, “Lift,” is scheduled for release in the summer of 2022. Comer, who holds a B.A. in English from Roanoke, lives in Chesapeake, Virginia, with his wife, Susan.