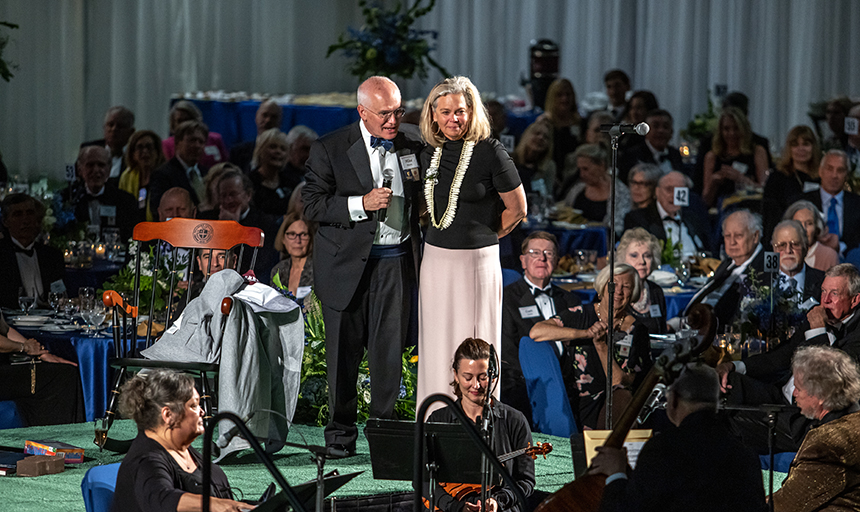 After two years of remote celebrations, in-person Alumni Weekend was an inspiring way for Maroons to finally connect and reunite on campus and around Salem and Roanoke. The weekend included honors and recognition for President Michael Maxey and First Lady Terri Maxey as their retirement approaches later this summer. President's Evening, held on April 21, was where the Board of Trustees announced the residence hall known as “New Hall” would be named Michael C. and Terri P. Maxey Hall. The news was greeted with a standing ovation for the Maxeys. They received other recognition from the  community with a resolution of appreciation from the Student Government Association, an inscribed brick paver from the staff and other meaningful gifts from Chaplain Bowen, alumni and faculty.

Salem Mayor Renee Turk ‘77 joined with Salem City Council member Randy Foley to proclaim Friday, April 22 as Maxey Day in Salem. Their biggest news, however, was a resolution renaming of the campus section of High Street to be known now as “Maxey Way” when it was announced, President Maxey lifted the street sign he was given over his head and the crowd cheered wildly.

On Friday evening, at the Hall of Fame reception, a bow tie was retired in Maxey’s honor, to hang along with retired athletic jerseys in the Cregger Center. The 2022 Inductees are Zach Thomas ’09, Sam Love ’10, Jaleesa Osborne ’10, Stephen Simmons ’10, Robin Yerkes ’10, and the 1972 Basketball Team.

Maxey also received the Presidential Award at the Heritage Ball.

The Athletic Training Clinic was dedicated in honor of Dr. Jim Buriak, associate professor of health and human performance and athletic trainer, emeritus.

On the Elizabeth Campus, one of the tennis courts was dedicated in memory of the late Carl Sherertz ‘42, who was a longtime supporter of Roanoke’s tennis program.

Friday night’s reunions were capped with a dynamic fireworks display on the athletic field to also mark the 180 years of Roanoke College.

Reunions happened throughout the weekend, culminating with a Finale on the Back Quad, hosted by the 50th reunion Class of 1972. The event featured great food, and a gathering of alumni from all class years as well as faculty, staff and students enjoying music from The Rhythm Shop, a New Jersey-based band.

Throughout the weekend, alumni reconnected with faculty, staff and their academic departments. Events were numerous, from alumni athletic events to home games for the Maroons and gatherings by sororities, fraternities and other alumni groups.

Roanoke’s plan for a new Science Center was the subject of one event. Chemistry alumnus Dr. Jeremy Johnson ‘13, a resident physician at University of Kentucky College of Medicine, returned for a Chemistry Lecture. 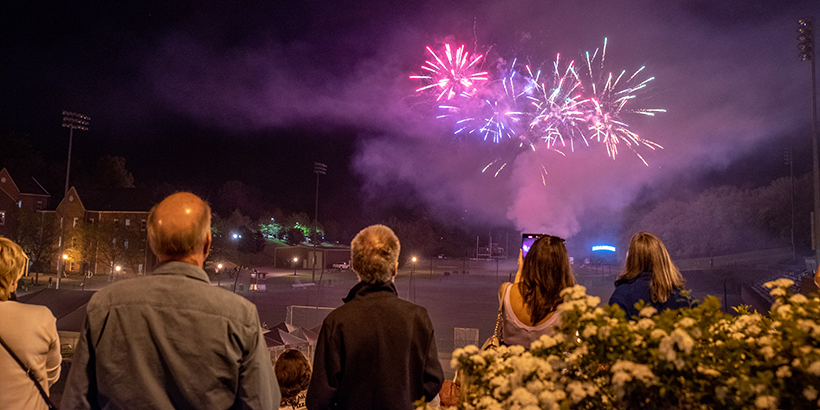 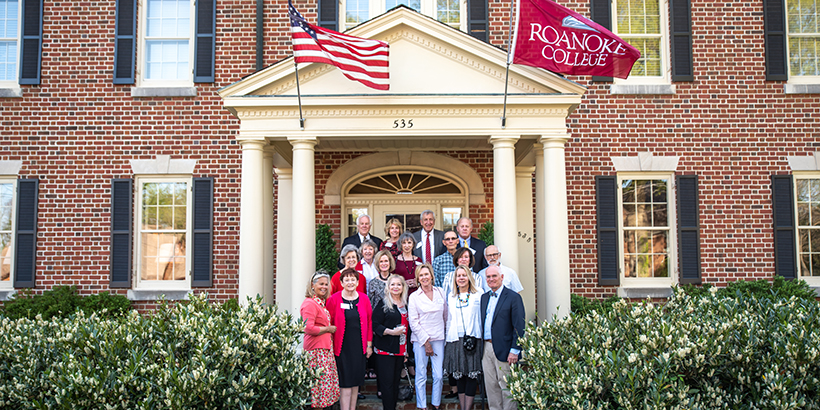 Members of the 50th reunion class 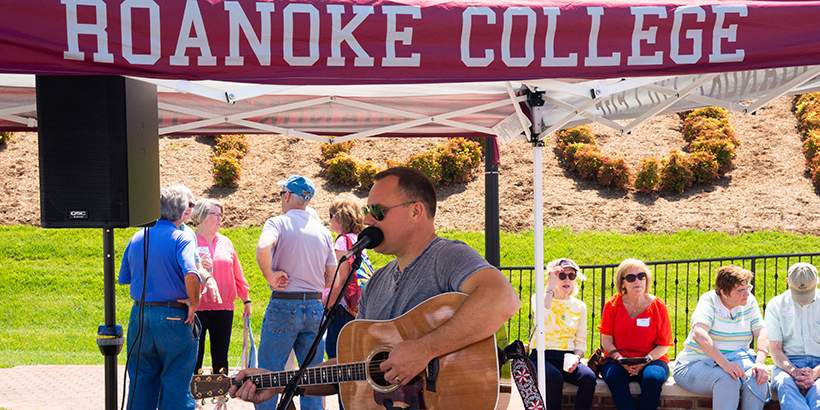 Will Farmer '02 playing music for the Saturday morning Bloodies and Bagels gathering. Members of the 10th reunion class gather at the Saturday morning Bloodies and Bagels reunion. 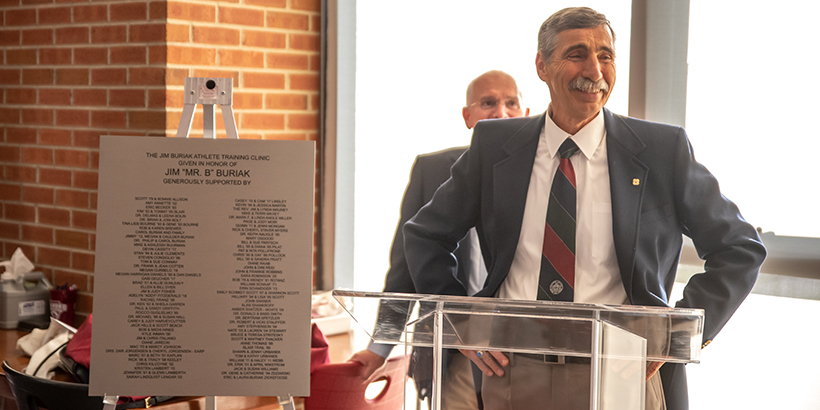 "Coach B" Jim Buriak smiles at the dedication of the Jim Buriak Athletic Training Clinic. 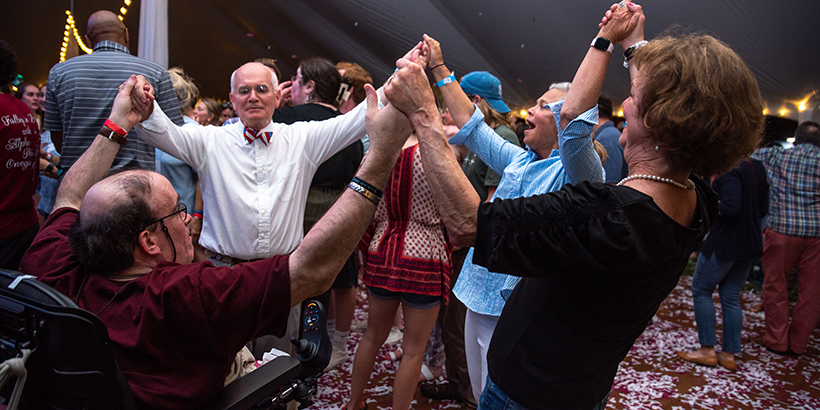 Alumni singing "Proud Mary" with band The Rhythm Shop at the Alumni Weekend Finale, hosted by the Class is 1972. 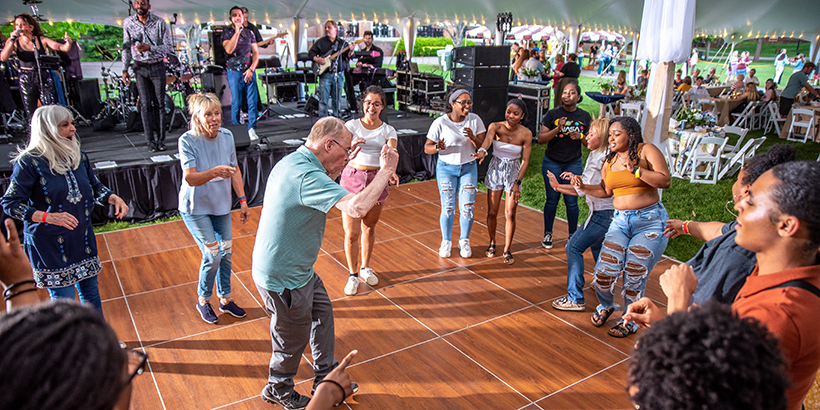 Ken Garren '62 shows the younger alumni how it's done on the dance floor. 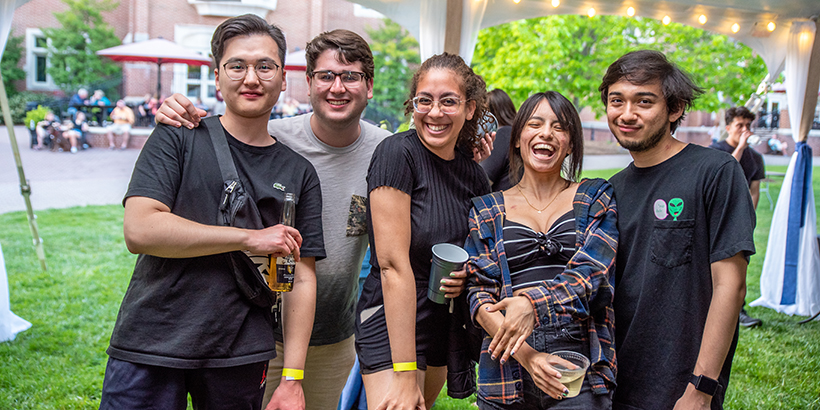 Alumni were all smiles to be back together at the Alumni Weekend Finale celebration. 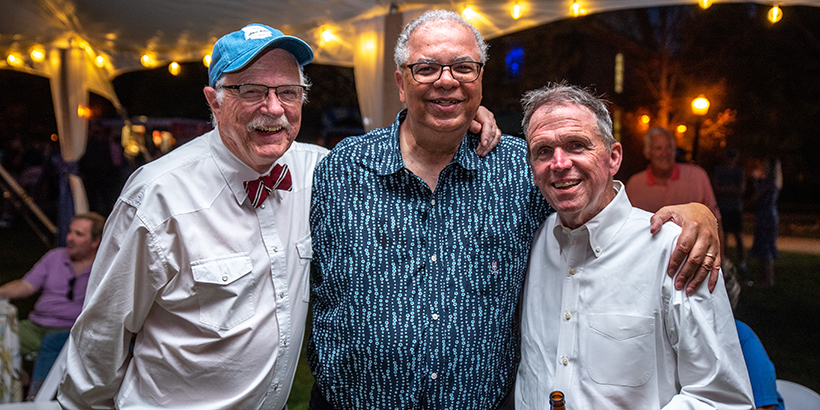 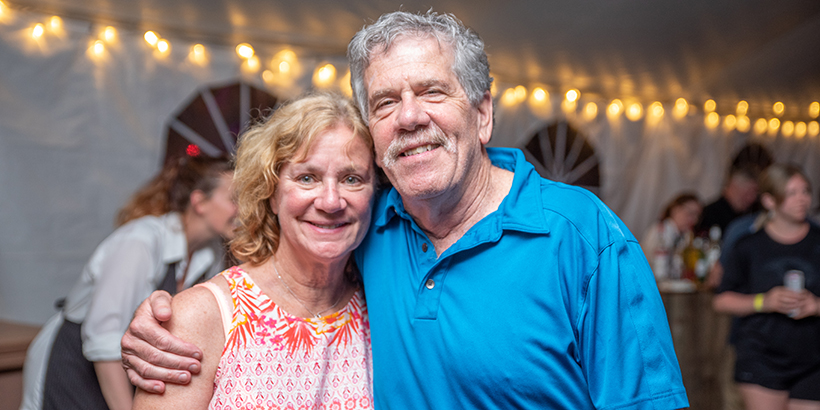 Fireworks over the Maroon Athletic Quad (the MAQ) filled with alumni with residence halls to the left and the Cregger Center on the right. 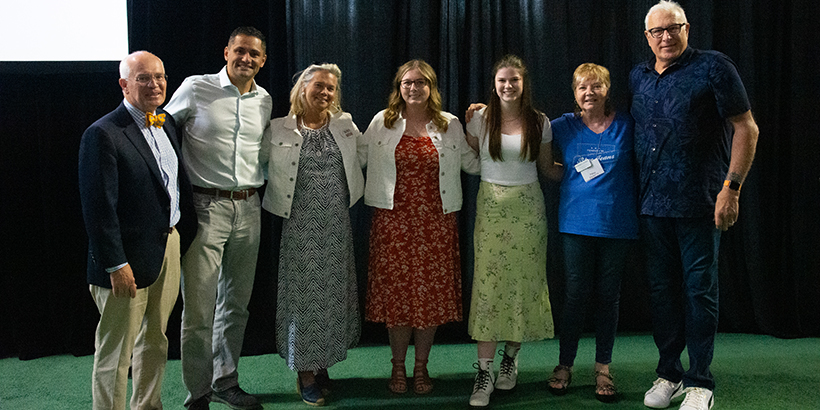 Sam Rasoul ’02 sharing his story at the NOKE Hour during Alumni Weekend 2022. 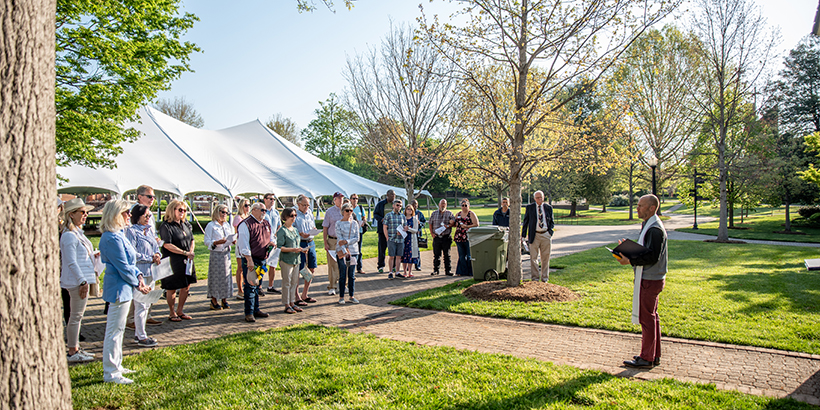 Alumni remember those who have died during the past year during the Rites of Remembrance. 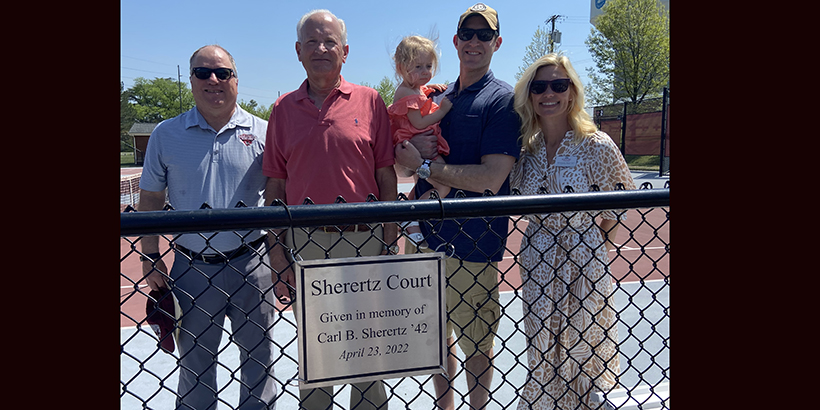 Rob Shack '91 and Bob Spellane '92 enjoying the reunion at Bloodies and Bagels event during Alumni Weekend.