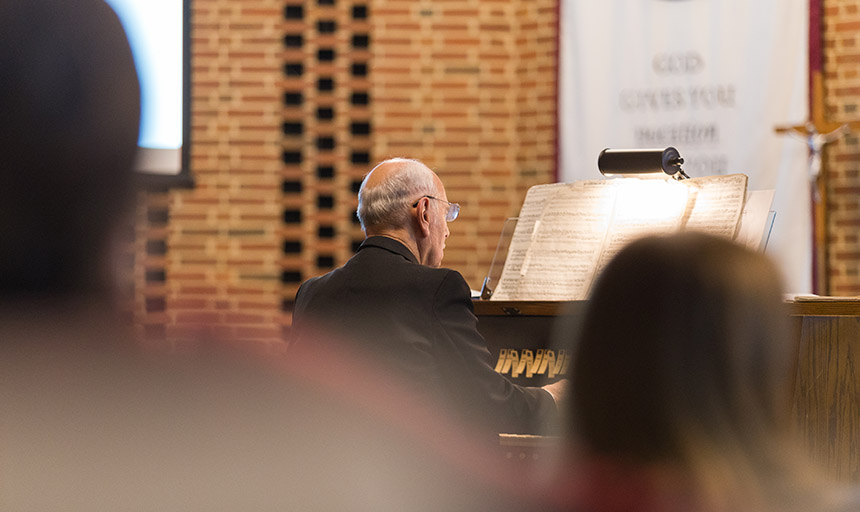 Thanks to the generosity of private donations, the Antrim Chapel Organ has been fully restored. A ceremony and concert took place on Friday, November 9 to formally dedicate the organ in honor of Dr. Donald Moe, associate professor of music, emeritus, from 1968-1996.

Dr. Moe was the first person to play the Casavant pipe organ when it was originally installed in 1970 during the dedication of the newly constructed Antrim Chapel. Each pipe of the 27 rank organ was cleaned, revoiced and tuned, and the wind chests releathered as part of the restoration process.

Dr. Moe’s recital on Friday featured works by Johann Sebastian Bach, Horatio Parker and Petr Eben with a number of hymns and chorales played in between. It was indicated in the program that Moe’s performance was in memory of his daughter, Suzanne, who graduated from Roanoke College in 1980 and passed away in 1989.

President Michael Maxey was present for the dedication and read from the plaque that is now on the organ, “Antrim Chapel Organ, Restored and dedicated in the glory of God and in honor of Dr. Donald G. Moe, Associate Professor of Music, Emeritus, 1968-1996, November 9, 2018.”

“I really have to thank President Maxey because I understand it was his idea about dedicating the organ,” said Dr. Moe. “That’s amazing, having something named after you. Never in my wildest dreams did I think that would happen.” 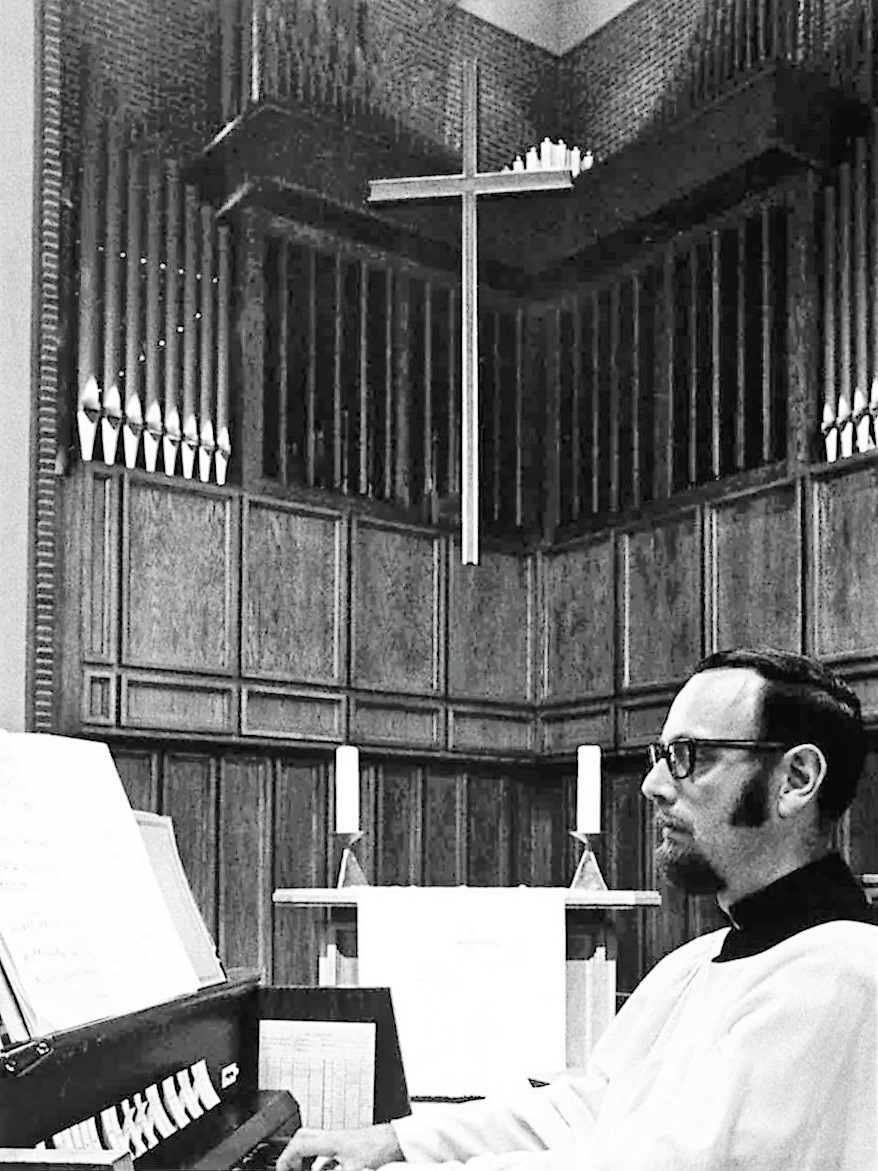