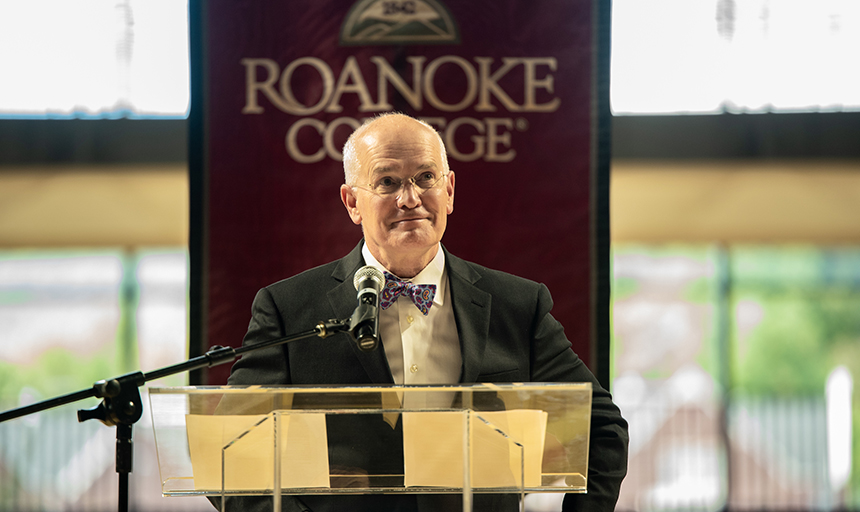 President Maxey to lead Council of Independent Colleges Board of Directors

Roanoke College President Michael C. Maxey has been elected chair of the Board of Directors of the Council of Independent Colleges.

Elections were held during a meeting of the Board of Directors at CIC’s annual Presidents Institute in Marco Island, Florida, on Jan. 4, 2022.

Maxey joined the CIC Board in January 2018, and was named vice chair for programs in 2021. As board chair, he will preside at meetings of the Board of Directors and of the CIC, represent the organization, and appoint committees and commissions with the advice of the board. Among the responsibilities of the CIC directors are providing fiduciary oversight for the allocation of CIC’s assets and approving operating budgets, participating in the development and approval of long-range plans, and advising on the direction of the association’s programs and services.

“The Council is pleased to have Michael Maxey as chair of the board,” said CIC President Marjorie Hass. “CIC is in the midst of implementing many exciting new projects, and needs a strong chair and board to oversee their planning and execution. I am certain that President Maxey will serve the Council admirably, and look forward to working with him.”

Maxey has served as president of Roanoke College in Virginia since 2007, having previously served Roanoke for 22 years in many capacities, including vice president for college relations, and dean of admissions and financial aid. Earlier, he held positions at the University of New Hampshire, Wake Forest University and Averett University. Maxey has served on the Southern Association of Colleges and Schools Commission on Colleges board and is past chair of the Network of ELCA Colleges and Universities and the Lutheran Educational Conference of North America.

“We have a lot of challenges ahead as we work to provide the best outcomes for students at our institutions, and I am ready to tackle those challenges together with all members of the CIC as Chair.”

“One of the most important elements of my work is collaborating with other college leaders, and I am grateful to the Council of Independent Colleges for strengthening those connections and helping elevate the importance of independent higher education,” Maxey said. “Roanoke College’s affiliation with the CIC has been instrumental in informing me as leader of Roanoke College over the past 15 years.”

“I thank the Board of Directors for entrusting me as chair and look forward to working with President Marjorie Hass and all CIC members and its Board,” he said. “We have a lot of challenges ahead as we work to provide the best outcomes for students at our institutions, and I am ready to tackle those challenges together with all members of the CIC as Chair.”

CIC staff members include Emilee O’Dell, a 2021 graduate of Roanoke College who joined the CIC as projects coordinator in October 2021. O’Dell handles administrative responsibilities for CIC’s Network for Vocation in Undergraduate Education, Visiting Fellows program, and Presidential Vocation and Institution Mission seminar. She holds a B.A. in religious studies from Roanoke.

Founded in 1956, The Council of Independent Colleges is the major national organization that focuses on services to leaders of independent colleges and universities and state-based councils. CIC offers conferences, seminars, publications, and other programs and services that help institutions improve educational quality, administrative and financial performance, student outcomes, and institutional visibility. It conducts the largest annual conferences of college and university presidents and of chief academic officers in the United States. 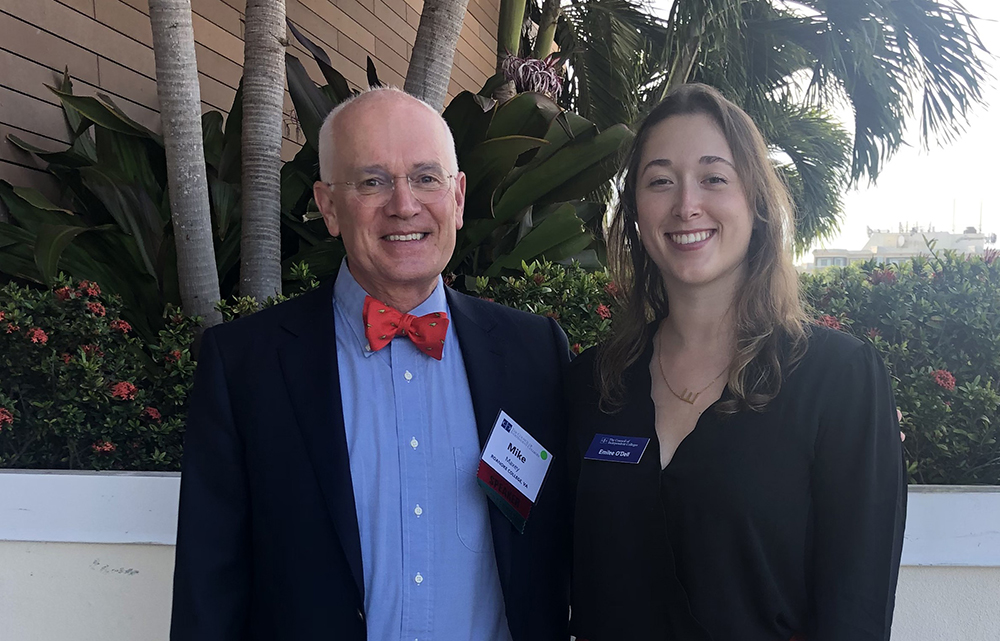 Above: President Maxey poses with Emilee O'Dell '21 at the CIC's Presidents Institute, held in Marco Island, Florida in January 2022. O'Dell joined the CIC as projects coordinator in October 2021.