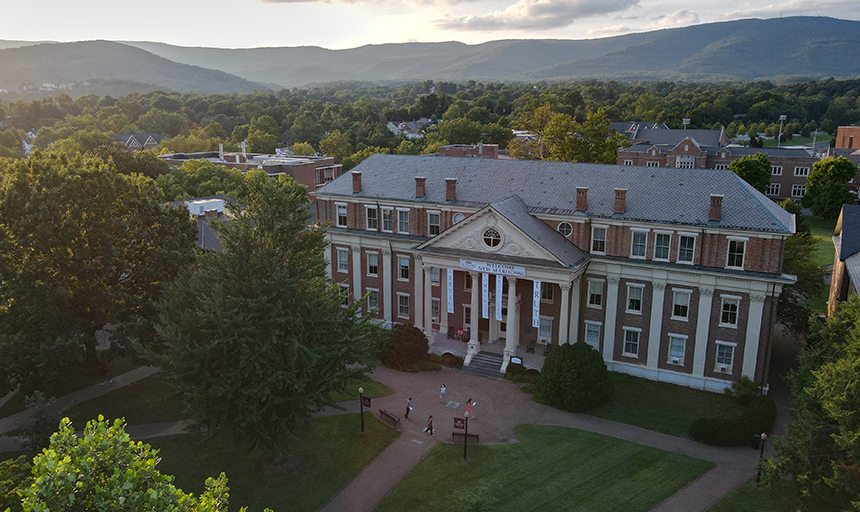 In a Zoom webinar with students Tuesday, Roanoke College President Michael C. Maxey and members of his cabinet brought students up-to-date on the College’s efforts to become a more diverse, equal and inclusive environment.

Maxey detailed a number of efforts the College is making, and reviewed some of the steps Roanoke has taken in the past to create a more inclusive campus.

Moving forward often requires looking backward, and Maxey spoke at length about the College’s efforts to examine its own history. Dr. Jesse Bucher, associate professor of history at Roanoke College, is a key part of that. Bucher is heading up the Center for Studying Structures of Race, which will serve as an academic hub for researching the legacies of slavery and institutional racism and inform College plans, already underway, for a campus memorial to honor the enslaved workers who built the Administration Building and Miller Hall.

The College has made multiple requests to Roanoke County government officials to relocate the Confederate monument currently located in front of West Hall. The monument stands on Roanoke County land, prohibiting the College itself from moving it.

“I’ve found them, to this point, to be open to input, but they do not have any plans currently to move the statue,” Maxey said of County officials. “So we have work to be done there. I will stay involved with that.”

“We all recognize the importance and urgency of this moment.”

While these are the newest efforts by the College to promote diversity, equity and inclusion on campus, these are not the first. Richard Smith, vice president and dean of the college, presented information about measures the College has taken in recent years to make the campus more inclusive, including:

As Dr. Brenda Poggendorf, vice president of enrollment and dean of admissions and financial aid, detailed during the Zoom webinar that the student body has become more diverse over the years. Twenty years ago, just 6% of people enrolled at the College were students of color. Ten years ago, that number had risen to 9.5%, and in 2019 that number was up to 18%. Still, Poggendorf said, there is work to be done to make the campus more inclusive.

Maxey said this is an important time in the history of the College and the United States as a whole, and that Roanoke strives to be on the right side of history as it moves forward.

“We all recognize the importance and urgency of this moment,” Maxey said.