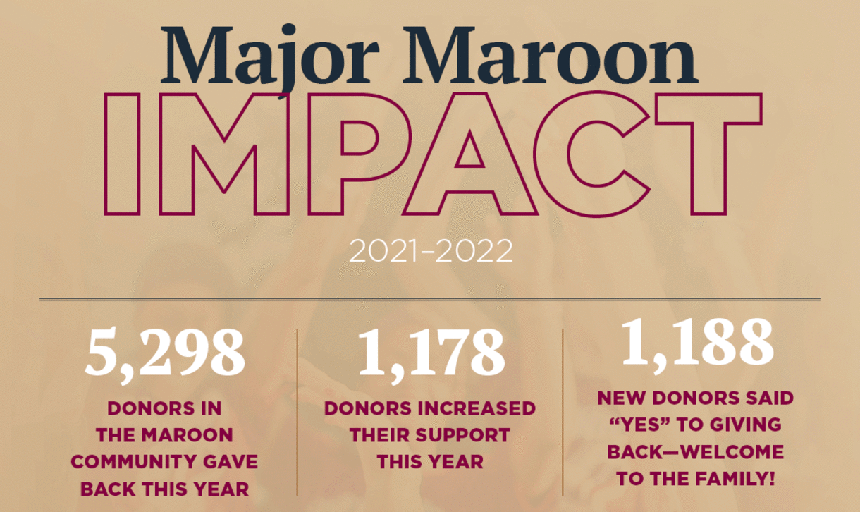 Thank you to our Maroon family

Donors large and small joined together in the 2021-2022 academic year to make a tremendous impact on Roanoke College.

The Associates Society has grown 12.4 percent in the past year, including 168 new Associates. Thirty-two young Associates, who are graduates of the last decade, have joined the Society and are rising as emerging leaders in support of the College. Associate gifts have supported three top priorities for the College: the Science Center, the Roanoke Fund and the Roanoke College endowment.

Funding for the new Science Center is now at $52 million toward the goal of $70 million. Gifts in the past year have boosted the College endowment by almost $3.4 million. The Roanoke Fund, the College’s annual operating fund, received $4,869,881, and $453,368 was raised for Maroon Athletics.

More than 1,000 donors increased their support this year and 1,188 new donors joined the ranks of those who support Roanoke College. Alumni giving increased to more than 18 percent.

It all adds up, Maroons! Thank you!