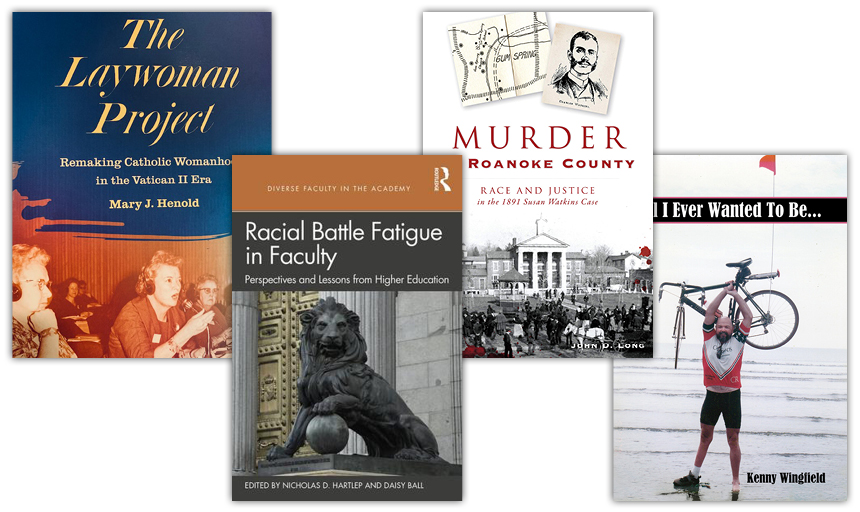 Several Roanoke faculty and alumni recently published books exploring subjects that include the role of Catholic laywomen in the immediate wake of Vatican II; the challenges facing scholars of color in academia; a local historical murder drama; and the struggles and victories dealing with debilitating health issues.

Dr. Mary Henold, John R. Turbyfill Professor of History, has authored “The Laywoman Project: Remaking Catholic Womanhood in the Vatican II Era.” Published by University of North Carolina Press, Henold’s work explores the communities of “highly active, largely nonfeminist” Catholic laywomen in the years during and after the pivotal Vatican II Council of the early 1960s — an era that also saw the American feminist revolution ramping up.

“While access to positions in higher education for faculty of color have increased over the decades…conditions related to campus climate often remain difficult at best, particularly in white majority-dominated institutions,” writes reviewer Warren J. Blumenfeld, Ed.D., lecturer for the College of Education at the University of Massachusetts. “Hartlep and Ball have assembled a veritable gift box filled with an impressive diverse group of educator-scholars who discuss, from their particular and personal positions as racially minoritized faculty, conditions, stresses, and campus climates working within these institutions."

“Henold gracefully demonstrates how laywomen — a population whose national presence and sheer size alone make them deserving of study — negotiated the dual transformations unleashed by the Second Vatican Council and the women's rights movement.”

Roanoke alumnus John D. Long ’89 has authored “Murder in Roanoke County: Race and Justice in the 1891 Susan Watkins Case,” a book about the trial of Charles Watkins for the murder of his wife. A publisher’s note by The History press states that Long “resurrects the truth of who killed Susan Watkins.”

Long, director of education at the National D-Day Memorial in Bedford, Virginia, holds a Bachelor of Arts in history from Roanoke College and Master of Arts in history from the University of Virginia. He has taught history at Roanoke College, Radford University and Virginia Western Community College. A contributing columnist for The Roanoke Times, he has also written extensively on local history and the Second World War.

The Roanoke Times ran an articleabout a surprising connection between Long’s new book and some historical research by local students at Glenvar High School.

Kenneth Wingfield ’88 has published a book, “All I Ever Wanted to Be…,” about his lifelong struggles with debilitating health issues, including polio and multiple sclerosis. “In many ways, [Roanoke College] has afforded me to live such an exceptional life,” he writes.

Wingfield, who self-published the book, maintains a website, where he wrote that, “In addition to getting out my story, part of the reason for the book was to provide support for the Multiple Sclerosis Alliance of Virginia.” He has been raising awareness of MS and money to support MS causes for years by participating in numerous bike-riding events, including a cross-country trek and an international ride in Australia. More information about him and his awareness efforts can be found on his website, and both WDBJ7 television and Radio Free Roanoke interviewed Wingfield after his book came out.

Dr. M. Ivonne Wallace Fuentes’ 2017 book"Most Scandalous Woman: Magda Portal and the Dream of Revolution in Peru" was featured in the May 2020 edition of the Hispanic American Historical Review. The publication is an important journal in the field of Hispanic American history and provides excellent exposure for the Roanoke associate professor of history.

Wallace Fuentes spent nearly 20 years researching the life of Magda Portal, a central figure in Peru’s political front during the first half of the 20th century. Portal — a poet, journalist and activist — was a founding member of the American Popular Revolutionary Alliance (APRA), which Wallace Fuentes describes as “uncontestably, the most important political part in Peru in the 20th century.” 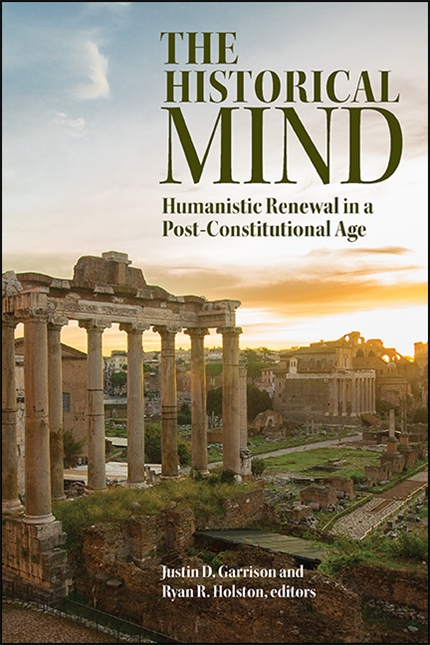 Dr. Justin Garrison, associate professor of political science, has co-edited “The Historical Mind: Humanistic Renewal in a Post-Constitutional Age.”, with Dr. Ryan Holston, professor and Jonathan Myrick Daniels ’61 Chair for Academic Excellence at Virginia Military Institute. The book, published by SUNY Press, is described as a “timely and provocative assessment of various cultural, moral, and political problems in ‘post-constitutional’ America.”

“By exploring what humanistic renewal might entail, this book offers judicious and insightful perspectives about what the past teaches us about the limits of human beings in society and how to be prudent within the context of universal morality given these limitations.” wrote Dr. James Todd, assistant professor of politics at Palm Beach Atlantic University.