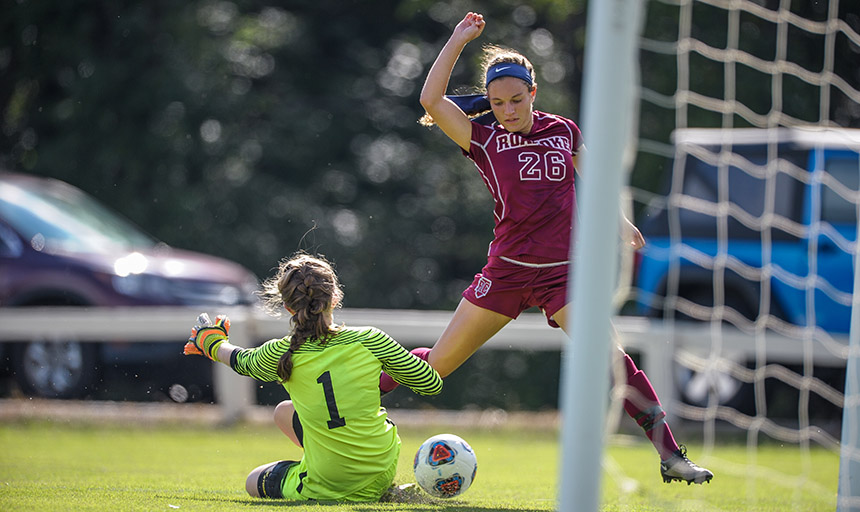 Abbe Guarino, a psychology and Spanish major who graduated in May, recently learned she received a Fulbright award to teach English in Brazil. Her appointment marks a record six Fulbrights for Roanoke students in 2017.

Guarino is teaching English in Chile now through English Opens Doors program. She's been in Chile since July. Guarino works in the public school system in Iquique, a port city in northern Chile, helping students from fifth to 11th grade with speaking and listening skills.

She hasn't learned the exact placement yet but she will be in Brazil starting in February 2018.

Guarino is a graduate of Roanoke's Honors Program. She played soccer for the Roanoke Maroons where she appeared in 76 career matches with 34 starts. She scored eight goals and had 10 assists for 26 career points. She was a four-time ODAC All-Academic Team selection.