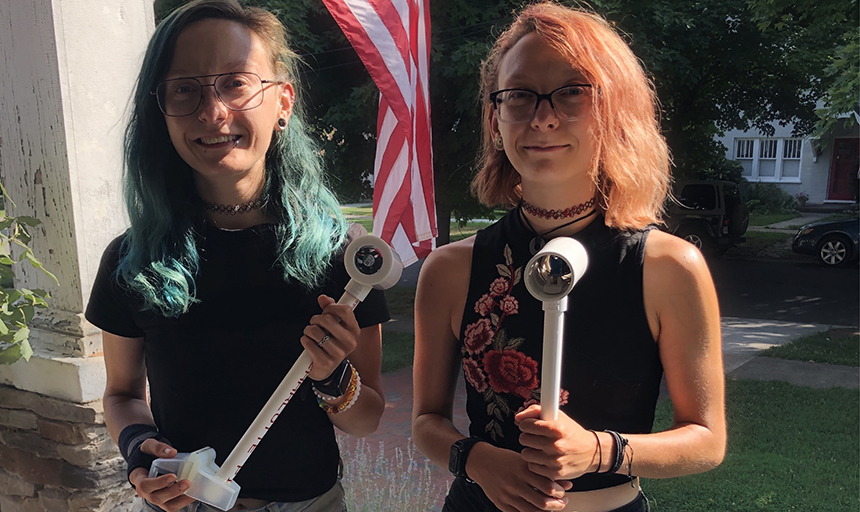 Roanoke College environmental studies students joined students from across the Commonwealth to collect data about how heat varies across communities as part of a statewide effort to understand where residents are most at risk during extreme heat waves.

The heat assessment project, dubbed Heat Watch, involved collecting highly detailed near-surface air temperature data for the purpose of relating land uses like asphalt parking lots, community green spaces, and topography to temperatures. The project’s deliverables will include maps of air temperature and heat index, datasets of participant temperature observations, and a final report for each locality describing the methods, results and interpretations.

Data collection in Salem was led by Kay Belcher ’24, an environmental studies major, who is a VFIC (Virginia Foundation of Independent Colleges) Undergraduate Research Science Fellow.  Britt Belcher '24, an environmental studies major and a summer scholar with Dr. Chelsea Peters, assisted with the data collection campaign and drove one of the three routes.

Kay Belcher said the day selected, July 15, was calculated to be one of the hottest days of the summer in Virginia. Using specially designed thermal sensors, the science students drove and walked prescribed routes to record air temperatures and humidity. The student team collected data from 6 a.m. to 7 a.m., again from 3 p.m. to 4 p.m. and finally, from 7 p.m. to 8 p.m.

“From the start I could tell it was going to be a warm, humid day as it was about 72℉ around 6 a.m.,” Kay Belcher said. “When I began my next route, the temperature had increased majorly as we were hitting the hottest point of the day. Around 3 p.m. Salem had reached 90℉ and by the end of my route it had climbed to 92℉. Lastly, when it was time for the final collection of data at 7 p.m., I noticed that the temperature was still very high, at 86℉, and did not see a major change in temperature at the end of the route, where it had dropped to 85℉.” 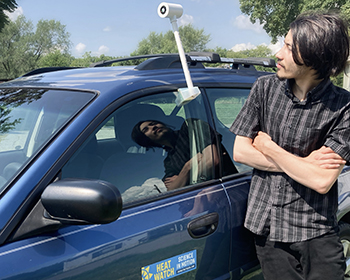 “Overall, I thought it was really interesting to see how the temperature changes throughout the day and enjoyed seeing parts of Salem I had not seen before,” Kay Belcher said. “I am also excited to receive the results from the data we collected so we can better understand how heat is distributed across Salem.”

“From the start I could tell it was going to be a warm, humid day as it was about 72℉ around 6 a.m. ... when it was time for the final collection of data at 7 p.m., I noticed that the temperature was still very high, at 86℉.” 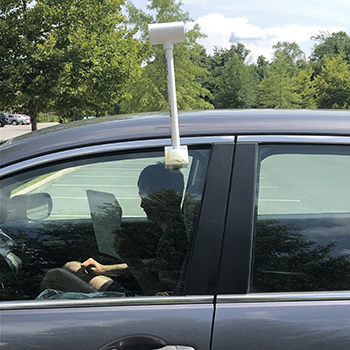 Previous heat assessment campaigns in Richmond (2017), Norfolk (2018), and Roanoke (2020) revealed temperature differences as great as 16°F between the coolest and hottest places at the same time, invigorating local conversations about climate justice and land use policy.

Data generated by this project will tie into many existing programs and initiatives in Virginia, including public health, energy efficiency, climate change mitigation and resilience, emergency preparedness and management, urban forestry, land use planning, equity and social justice, community partnerships, and student engagement.

"Community science initiatives like this heat mapping campaign have contributed immensely to our understanding of how environmental stressors are not felt equally across communities here in the commonwealth,” said Science Museum of Virginia Chief Scientist Dr. Jeremy Hoffman.

The project was organized by the Virgnia Foundation of Independent Colleges along with project partners CAPA Strategies, Capital One, the Science Museum of Virginia, and the Virginia Department of Forestry.

“We look forward to supporting these community-focused projects, which not only help students connect science theory with real-life resiliency strategies they can apply in their communities, but also build social cohesion and help train the future green workforce,” said Lara Johnson, the Virginia Department of Forestry’s, Urban and Community Forestry program manager. “The Virginia Department of Forestry is glad to be a partner in this important work with student 'citizen scientists.' Greening urban areas is an essential element of community health, and we look forward to helping with data collection of heat islands and engaging in solutions.”