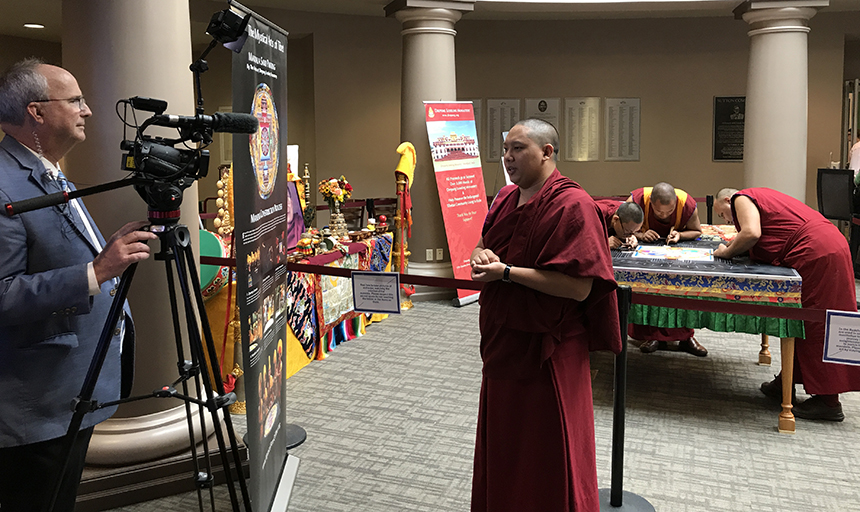 President Mike Maxey, Vice President for Enrollment and Dean of Admissions and Financial Aid Brenda Poggendorf, and student Callie Hammer ’21 are all quoted in an article reporting about colleges that use a holistic approach to the admission process.

Dr. Todd Peppers, the Henry H. and Trudye H. Fowler Chair in Public Affairs, speaks out against the practice of hiring Supreme Court clerks from only the top law schools in commentary carried by The National Law Journal. He also has an opinion column about televised executions in the Richmond Times-Dispatch.

Standardized tests scores will now be optional for all students applying to Roanoke College, an announcement picked up by Inside Higher Ed, the leading digital media outlet covering higher education, and local television station WDBJ-7.

The National Association for College Admissions Counseling (NACAC) recently took action that could change the admissions process for many students about to enter college. In an op-ed in the Richmond Times-Dispatch, Roanoke College’s Vice President of Enrollment and Dean of Admissions Dr. Brenda Poggendorf weighed in on what this could mean for students and their families.

A pre-election poll showed Democrats leading in a generic General Assembly ballot, President Trump's approval rating down in Virginia, and approval for Governor Northam up slightly.

As the special session of the Virginia Assembly convened to address several issues related to gun violence, the Roanoke College Poll looked back on polling on issues related to firearm regulation from the past few years.

A real estate poll showed that Virginian’s sentiment about real estate markets backed away from the second quarter numbers, yet current conditions are trending upwards.

The Virginia Consumer Sentiment and Inflation Expectations Report revealed that sentiment continues to fall despite household spending, which is driven by expectations for the coming year.

Coach Charlie Moir led Roanoke to the first national title of any kind in 1972 when he led the men's basketball team to the NCAA National Championship. He coached at Roanoke from 1967-73, and afterwards at Tulane and Virginia Tech. He has been memorialized in numerous media outlets, including The Roanoke Times.

Roanoke College’s Center for Community Healthy Innovation was the only academic institution among 23 grantees  receiving financial and technical assistance awards through the Healthy Food Financing Initiative's inaugural grants program. The work of the CCHI has been featured in the Journal of Appalachian Health.

Dr. Rosenthal founded the Southwest Virginia LGBTQ+ History Project, a community-based queer public history initiative. A Roanoke Times article about a recent project was picked up by the Associated Press and carried in several media outlets, including The Washington Post and U.S. New and World Report.

The Roanoke Times reported on John Ketwig’s visit to Dr. John Selby’s class on “The Vietnam War,” where he shared his firsthand experiences and talked about his new book about the war.

The renovation of many buildings in Paint Bank, Virginia, has been a labor of love for Roanoke Board of Trustees member Nancy Mulheren ’72 and her late husband John Mulheren ’71. Columnist Ruth Ann Dailey of the Pittsburgh Post-Gazette came across the town in her travels south and was impressed by the impact the family’s generous investment has made to the town.

Five Tibetan Buddhist monks from the Drepung Loseling Monastery in southern India visited campus in September for a weeklong residency. Their visit included lectures on meditation and on the meaning of mandalas, a geometric figure representing the universe in Hindu and Buddhist symbolism. WSLS-10 and WDBJ-7 each carried the story.

Roanoke College is regularly featured in national, state and local media. Read more articles like these at Roanoke in the News page.