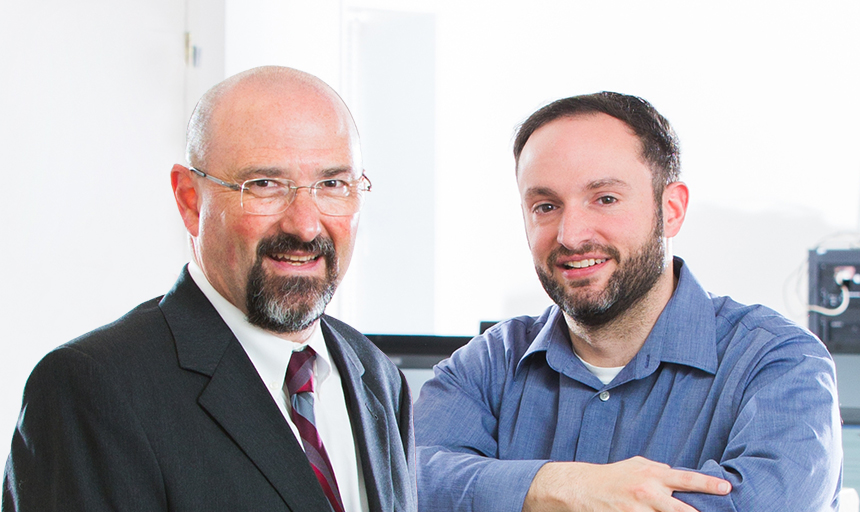 Dr. Harry Wilson stepped down as Director of IPOR as he prepares to retire from Roanoke College in May, but he will remain as Senior Political Analyst for IPOR, responsible for political polling at IPOR. Wilson served as director of IPOR from 1991 through 2020.

“This transition has been planned for several years, and Dave has taken on additional tasks during that time,” said Wilson. “I look forward to watching him build on the strong foundation we have established at IPOR. He has been a great partner for me, and he has demonstrated a strong commitment to IPOR and Roanoke College.”

Taylor will handle the oversight and day-to-day responsibilities of the polling center, in addition to the tech work he has been doing for many years. Taylor also serves as Associate Dean for Academic Affairs and General Education.

“Working with Harry has been an absolute pleasure since I started with IPOR and I’ve enjoyed seeing IPOR expand to doing more surveys and doing its own research into survey methodology,” says Taylor, who looks “forward to the challenges of polling and changes to how public opinion is measured in the years to come.”

“Working with Harry has been an absolute pleasure since I started with IPOR and I’ve enjoyed seeing IPOR expand to doing more surveys and doing its own research into survey methodology.”

During his almost 30 years as director of the polling center, Wilson brought the program into the digital age and developed a national reputation for IPOR. Originally named the Center for Community Research, it was renamed to the Institute for Public Opinion Research to better reflect the work being conducted. Currently, IPOR conducts consumer sentiment and political polls with the Commonwealth of Virginia. These polls focus on political, economic and social issues of importance throughout the state. Many of these polls focus on electoral politics, but IPOR also polls on important social issues.

IPOR's political polls are underwritten by Roanoke College as a public service, providing Virginians and state leaders with information regarding the opinions of its citizens on various issues. IPOR is non-partisan and non-ideological. Over the last several years, IPOR has partnered with the Siena College Research Institute to do national election polling for The New York Times. IPOR works also with governmental agencies and private businesses when it does not conflict with mission of Roanoke College or the independence of IPOR.

IPOR is the only organization measuring consumer sentiment in Virginia. Those polls are conducted quarterly in November, February, May and August. The Virginia Consumer Sentiment and Inflation Expectations Report is sponsored by Atlantic Union Bank.