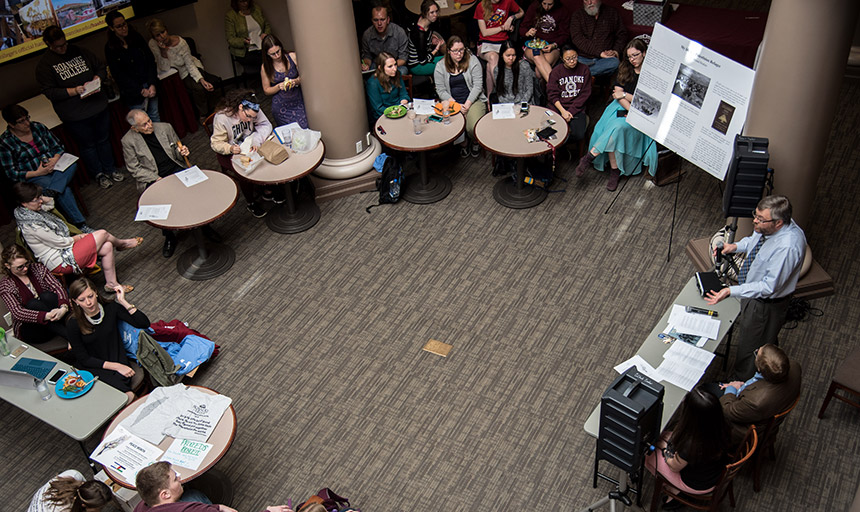 The hope and victory of one nation often results in the displacement of another.

Roanoke College faculty, students and staff discussed this international dilemma involving two nations, Israel and Palestine, during a Teach-In on March 29 in Roanoke's Colket Center Atrium. The event drew a crowd that filled one side of the Atrium, as part of Israel-Palestine Peace Month, a student-organized group of activities held in March and April to promote peace relations.

Willingham began the talk by discussing a brief history of Israel, Jewish refugees, and the ideology of Zionism. Snow touched on political moments that defined and displaced refugees, and the struggle of giving justice to the opposing sides. Jordan addressed the diversity of international Jewish communities by focusing on Ethiopian Jews and the refugee narrative.

The panel drew attention to the relationship between identity and religion, and the struggle to seek justice for each nation.

"There is no way to give total justice to one side without being unfair to the other side," said Snow.

"As a dichotomy it's hopeless, but to look past that and break it down, there is an enormous well of positivity," Willingham added.

Several students asked the faculty panelists questions related to U.S. involvement, Arab-Jewish dialogue and peace talks, and the construction of a Palestinian identity. 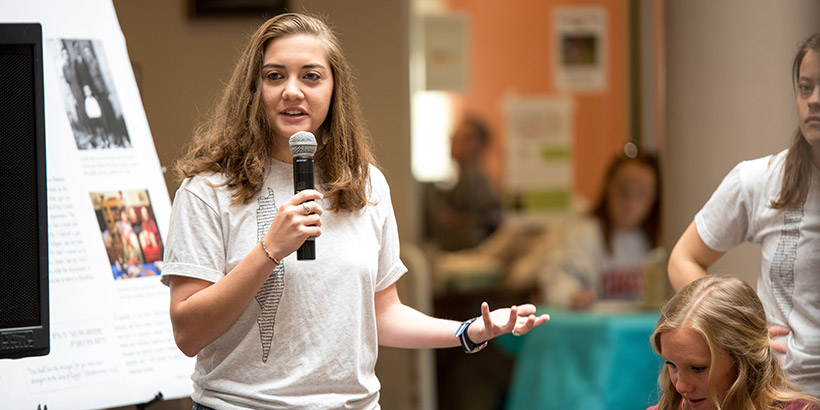 Leah Weinstein '17, one of the student organizers of Israel-Palestine Peace Month, speaks to the crowd at the Teach-In. 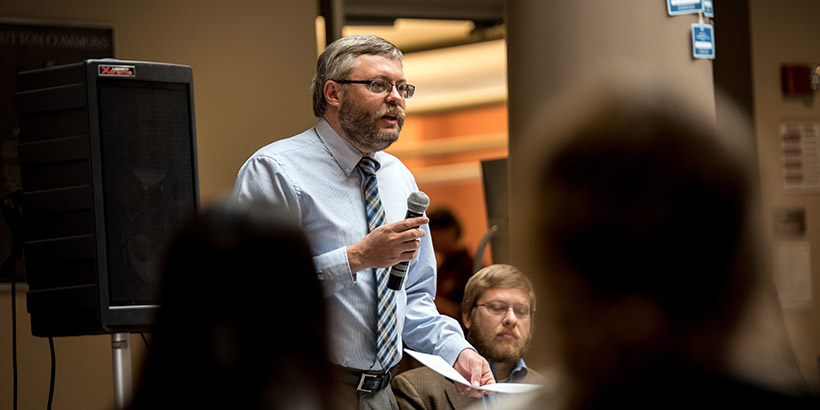 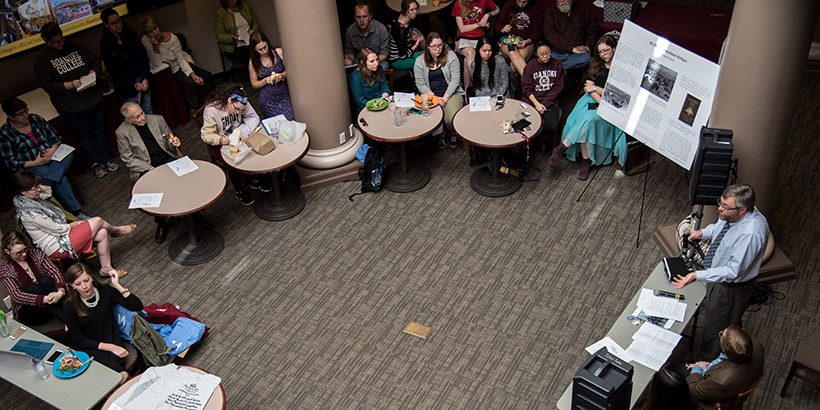 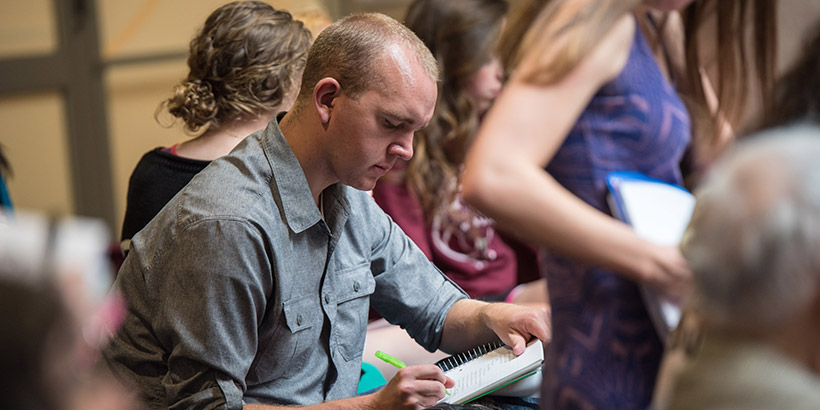 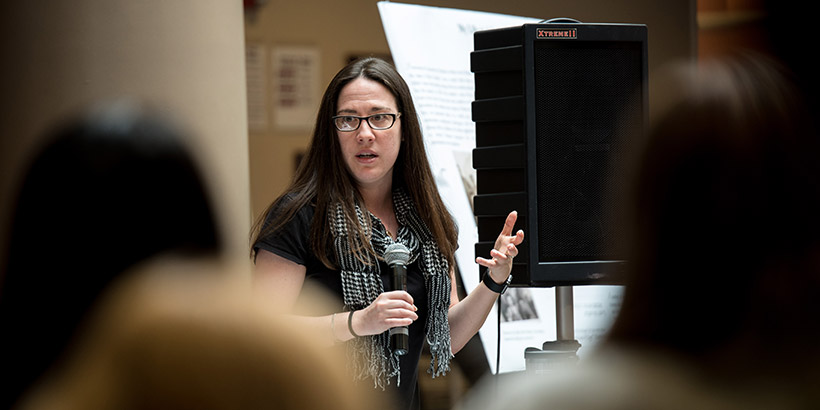 Holly Jordan, visiting instructor in the Religion/Philosophy department, speaks during the Teach-In. 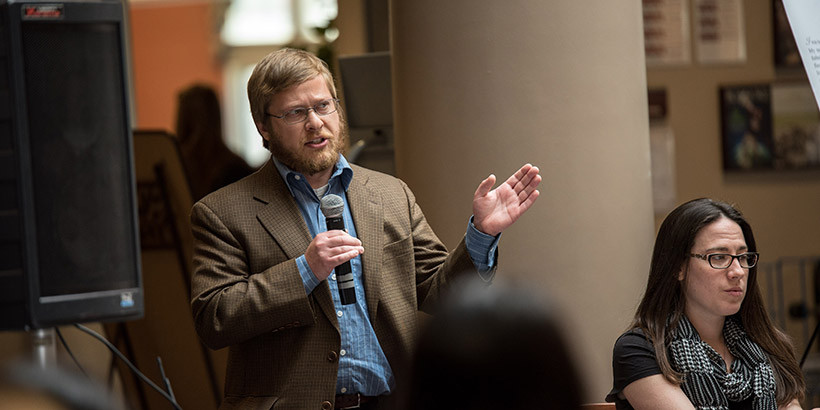 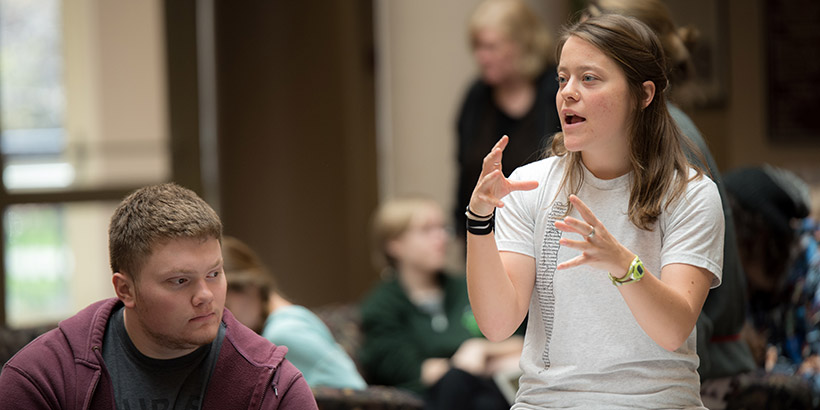 Linnea Kremer '17 asks a question to the faculty panelists.