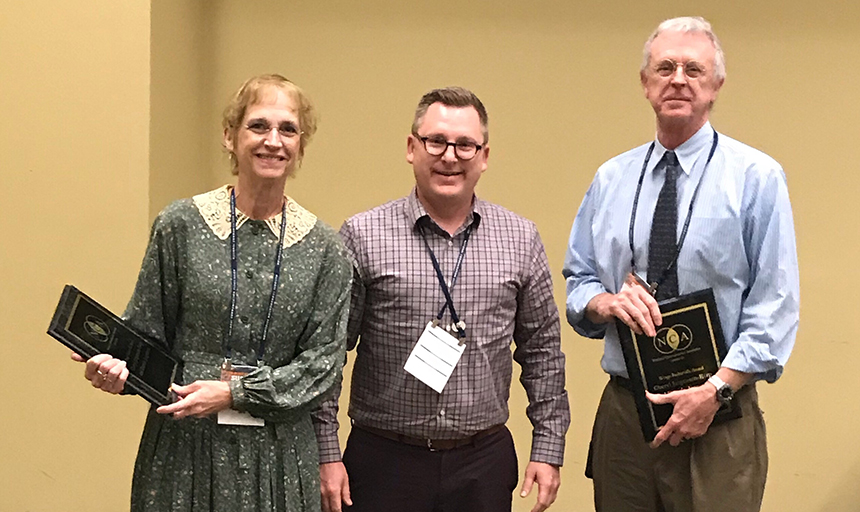 Dr. Darwin Jorgensen, Thornhill Professor of Biology at Roanoke College, and his wife, Dr. Cheryl Jorgensen-Earp, a Communication Studies professor at the University of Lynchburg, collaborated on a paper that has received the National Communication Association’s 2020 Wrage-Baskerville Award for Top Contributed Paper in the Public Address Division.

The paper, ““To Fly Under Borrowed Colours': Insulin Discovery Accounts, Scientific Credit, and the Nobel Prize,” is not the couple’s first academic partnership regarding history and the rhetoric of science. Their favorite topics include discoveries in biology and the rhetoric of giving credit where it is due for those who worked on the research. This served as the basis for their award-winning insulin discovery. Jorgensen-Earp’s expert knowledge of rhetoric and narrative building and her detailed grasp of history, coupled with Jorgensen’s understanding of science and the way science is communicated, resulted in a winning collaboration.

The two “examined the science and history of the events regarding how the key players built narratives to support their claims of precedence in the discovery process, including the importance of personal communication with outside parties, as opposed to formal communication in scientific journals,” Jorgensen said. “This, ultimately, would be crucial in the ‘awarding’ of credit for the discovery.”

“Our take on the elements of narrative building was viewed by the jury that reviewed our paper as being a new way of viewing these situations,” Jorgensen said.

The paper appears as the lead article in the Spring 2020 edition of the journal, Rhetoric and Public Affairs.