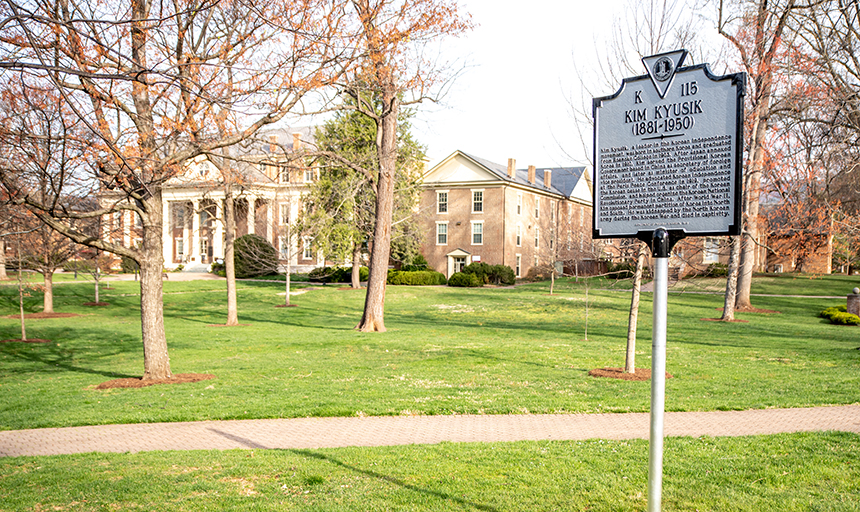 The Kim Kyusik Virginia Historic Marker is placed along High Steet on the Turbyfill Quad.

Roanoke College graduate Kim Kyusik, a leader in the Korean independence movement, is being recognized by the Virginia Department of Historic Resources (DHR) with a historic roadside marker. These markers, placed all across Virginia, document facts, persons and places prominent in the history of the nation, state or region, and serve to educate the public about Virginia’s history.

The marker, located on the Roanoke College campus on High Street, was dedicated and unveiled this morning.

Kim Kyusik (1881-1950) was born in Korea and graduated from Roanoke College in 1903. Kim became an orphan as a young child and was adopted by Dr. Horace Underwood, a Presbyterian missionary. It was through Underwood that Kim came to Roanoke College, a Lutheran-related institution.

“There’s no exaggeration, this is probably the Roanoke graduate who’s had a greater influence on world affairs than any Roanoke graduate,” Roanoke College President Michael Maxey said, “so it’s a wonderful thing to come together and celebrate him.” Kim served the Provisional Korean Government based in China as secretary of foreign affairs, and later as minister of education and vice president. He advocated Korean independence at the Paris Peace Conference in 1919, promoted the Korean cause in the United States as chair of the Korean Commission, and helped organize the Korean National Revolutionary Party in China. After World War II, Kim opposed the permanent partition of Korea into North and South. He was kidnapped by the North Korean army during the Korean War and died in captivity.

“Kim Kyusik lived a century ago, but we still can find so many things that we can learn from him, and that can be related to us,” Xu said. “That can inspire us to live a meaningful life with purpose.”

“We believe Kim Kyusik can continue to inspire us on how to make a unique contribution to our community and our society now and in the future. He will continue to be remembered and cherished.”

Michael Pulice, architectural historian for Virginia Department of Historic Resources, talked about the goals and history of the roadside historic marker program. “Virginia placed the earliest markers in 1927 and the Virginia program is the oldest such program in the United States."

Kim was nominated by students from Cumberland Middle School, in Cumberland, Virginia, as part of a contest sponsored by the Virginia Department of Education and the Virginia Office of the Governor to nominate Asian American Pacific Islanders for historic markers. The students and their teacher, history teacher Lewis Longenecker, attended the ceremony today.

Longenecker spoke about how his classes researched Kim and learned about his life.

“We discussed the importance of recognizing individuals from diverse backgrounds who had been denied recognition or had been overlooked,” he said. “We followed up with a brief overview of several early 20th-century topics. Four names and events were put on the screen. We discussed who was most deserving of a historic marker and the first fifth-grade group of the day picked Kim Kyusik.” 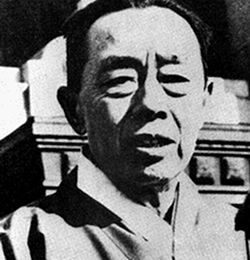 Michael Pulice, architectural historian for Virginia Department of Historic Resources, talked about the goals and history of the roadside historic marker program. “Virginia placed the earliest markers in 1927 and the Virginia program is the oldest such program in the United States.

Longenecker shared a comment made by his student De’Von Carter, a current Cumberland Middle School sixth grader, who said, “’He stood up for the rights of others and helped others while fighting for Korean independence and democracy all the way to the end.’”

“We believe Kim Kyusik can continue to inspire us on how to make a unique contribution to our community and our society now and in the future,” Xu said. “He will continue to be remembered and cherished.”

President Maxey said the marker’s High Street location was selected because “we wanted it in a place where people could see it and ponder the significance of this individual. It stands as a beacon of all the virtues Kim represented.” 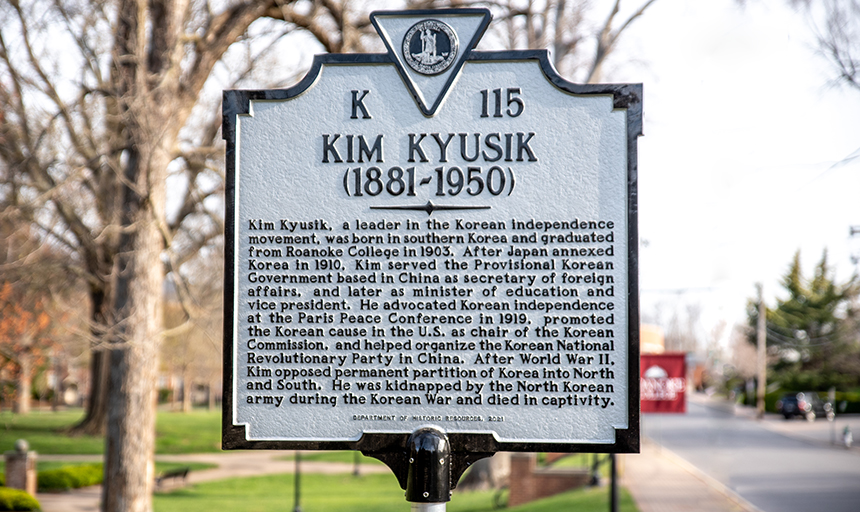