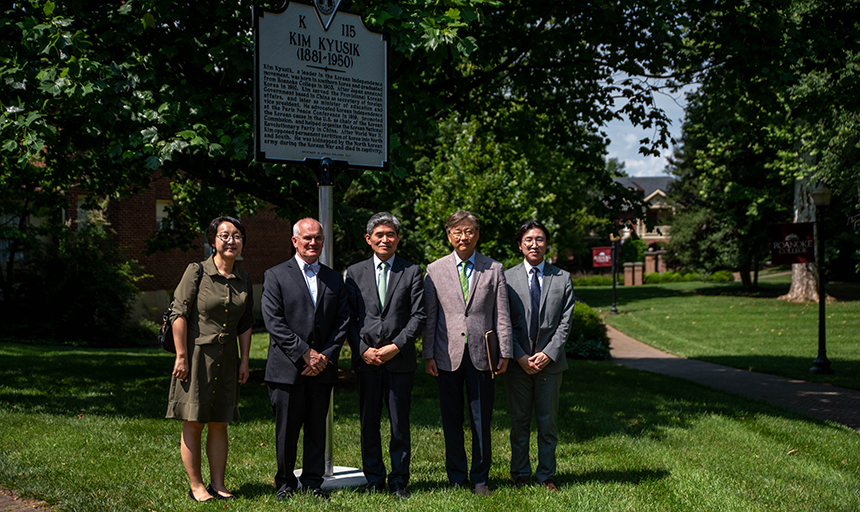 The visit comes more than 100 years after Roanoke College was honored with a visit from representatives of the Republic of Korea.

“This is an historic event for us,” President Maxey said during an interview with WDBJ7. “It’s wonderful to share Kim Kyusik’s story and his time here on campus. Anytime we can call attention to great leaders who are humanitarians, it’s worth doing and this is a preeminent one.”

Kim was recognized recently by the Virginia Department of Historic Resources (DHR) with a historic roadside marker. These markers, placed all across Virginia, document facts, persons and “places prominent in the history of the nation, state or region, and serve to educate the public about Virginia’s history.” The Kim Kyusik marker, located on the Roanoke College campus on Maxey Way (formerly High Street), was dedicated and unveiled in March.

“It’s wonderful to share Kim Kyusik’s story and his time here on campus. Anytime we can call attention to great leaders who are humanitarians, it’s worth doing and this is a preeminent one.”

Kim Kyusik (1881-1950) was born in Korea and graduated from Roanoke College in 1903. Kim became an orphan as a young child and was adopted by Dr. Horace Underwood, a Presbyterian missionary. It was through Underwood that Kim came to Roanoke College, a Lutheran-related institution.

“There’s no exaggeration, this is probably the Roanoke graduate who’s had a greater influence on world affairs than any Roanoke graduate,” President Maxey said at the marker dedication.

Kim served the Provisional Korean Government based in China as secretary of foreign affairs, and later as minister of education and vice president. He advocated Korean independence at the Paris Peace Conference in 1919, promoted the Korean cause in the United States as chair of the Korean Commission, and helped organize the Korean National Revolutionary Party in China. After World War II, Kim opposed the permanent partition of Korea into North and South. He was kidnapped by the North Korean army during the Korean War and died in captivity.

Xu uncovered a news article from 1892 about another visit by the Korean embassy in 1892. Dr. Julius Dreher, third president of Roanoke College, hosted the first Korean diplomat, Ye Cha Yun, and his wife in Salem in July 1892. The article said the couple stayed in Salem for a week and visited Natural Bridge and Luray Caverns as they traveled. Representatives of Korea also visited Roanoke College for the semi-centennial in 1903.

Kim was nominated for the historical marker by students from Cumberland Middle School, in Cumberland, Virginia, as part of a contest sponsored by the Virginia Department of Education and the Virginia Office of the Governor to nominate Asian American Pacific Islanders for historic markers. The students and their teacher, history teacher Lewis Longenecker, attended the marker dedication in April. 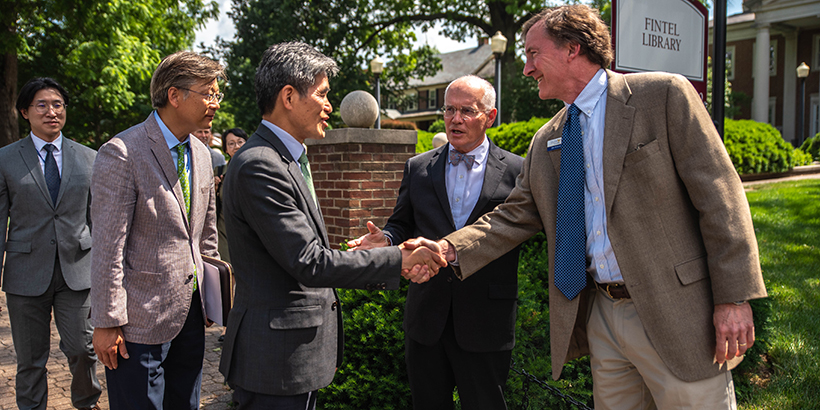 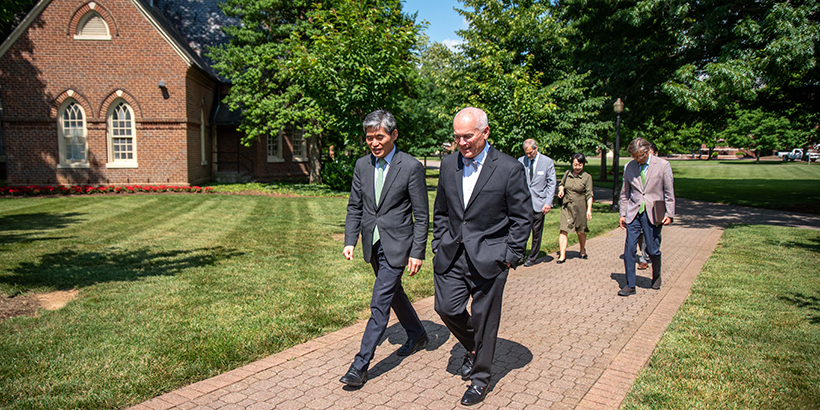 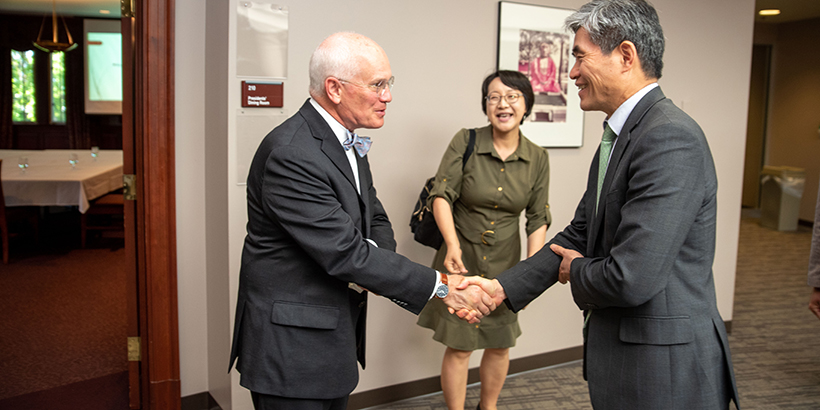 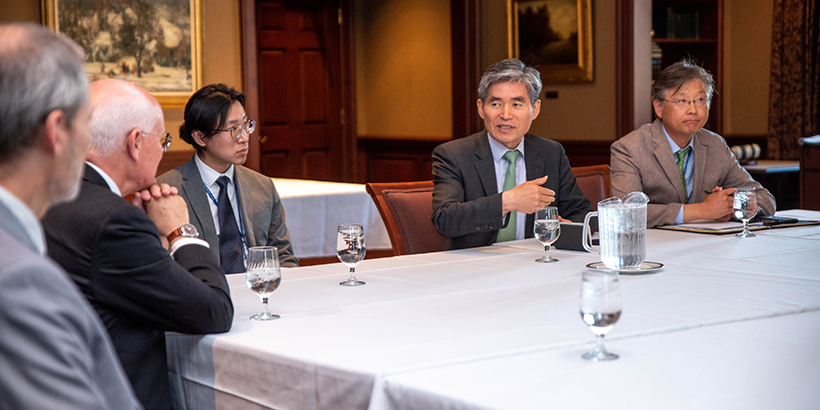