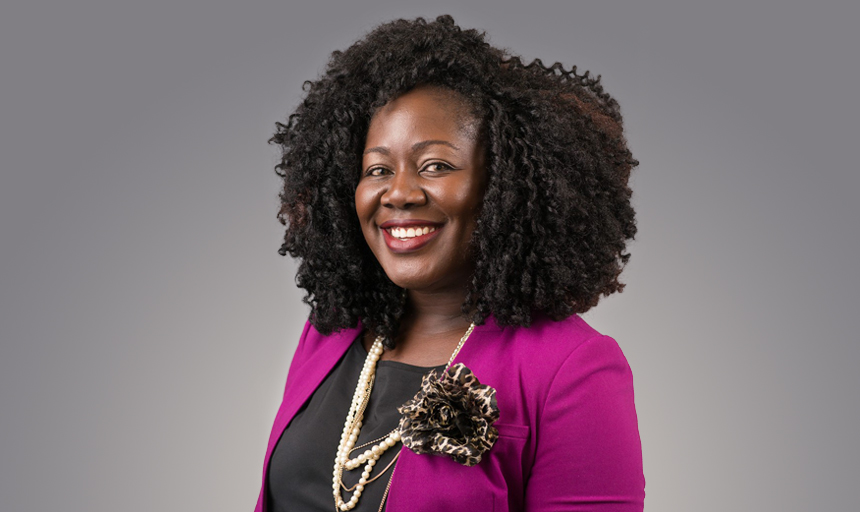 The Honorable Mawine Diggs '06, director-general of the National Commission on Higher Education in the Republic of Liberia

As the newly appointed director-general of the Republic of Liberia’s National Commission on Higher Education, the Honorable Mawine Diggs ’06 oversees regulation and policy regarding institutions of higher education in the West African country.

"We have a significant obligation to ensure that we are not just providing education, but quality education and standardized facilities to the people of Liberia," Diggs said in a January 2019 article on frontpageafricaonline.com.

Liberian President George Weah named Diggs to the position in October 2018. She is the first woman to head the NCHE.

Diggs, who was born in Liberia, began her term by calling on institutions of higher learning to develop curriculums specifically tailored for the present-day job market in Liberia. ­­­­­­­­­­­­­­

“I know my passion for education will allow me to make a significant impact in this sector.”

With Liberia’s large college-age population, Diggs aims to foster a way to connect citizens to post-college resources that will eventually lead to economic growth. Already, she has started to change the education landscape in Liberia by reviewing existing programs at higher education institutions and approving new and innovative programs.

Diggs attended Roanoke College after completing her high school education in Liberia. While at Roanoke, she served as Student Government Association president and became a charter member of the College’s chapter of Delta Sigma Theta Sorority. She graduated in 2006 with a bachelor’s degree in sociology and environmental policy.

After graduation, she earned a master’s degree in education from Clemson University. After moving to Detroit in 2011 to serve as district dean of student services, she was named to the Michigan Chronicle newspaper’s annual list of “50 Women of Excellence.” In 2017, Diggs was the recipient of the American Association for Women in Community Colleges’ “40 Under 40 Award.”

“It’s just an honor to be called back to serve,” Diggs said in a diverseeducation.com article about her new appointment and returning to her home country. “I’m overwhelmed, humbled, and excited because I know my passion for education will allow me to make a significant impact in this sector.”