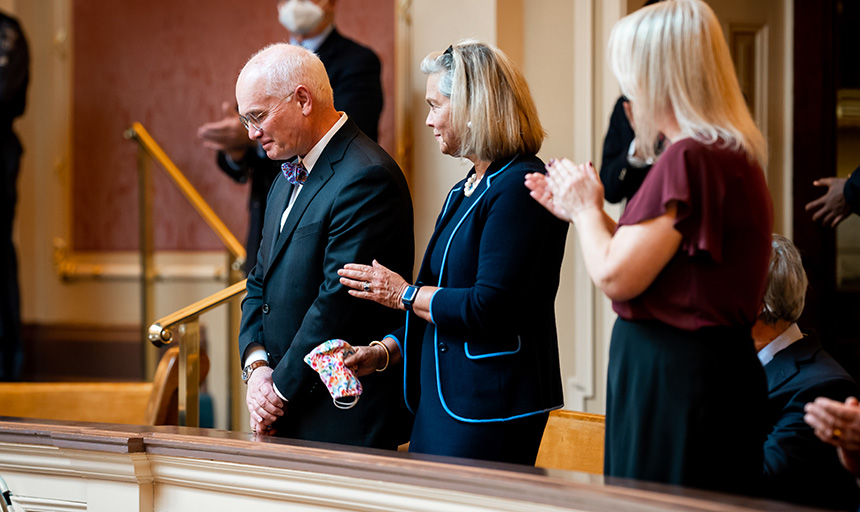 Virginia State Delegate Sam Rasoul ‘02 and staff from the Council of Independent Colleges in Virginia (CICV) pulled off a big surprise for President Michael Maxey on Thursday. Maxey was recognized just after noon with an introduction to the House of Delegates by Rasoul. Maxey traveled to Richmond to help with lobbying efforts of the CICV and to meet with Nicole Riley ‘95, Virginia’s new Deputy Secretary of Labor. Riley was recently appointed to the position by Virginia Gov. Glenn Youngkin.

CICV lobbies for increased funding for the Virginia Tuition Assistance Grant, a program that this year helps nearly a thousand Roanoke College students in their pursuit of higher education. After a full morning of meetings, Rasoul introduced the president and Roanoke College First Lady Terri Maxey, and spoke about them from the floor of the Virginia House of Delegates.

“Mike is known for his connection with students and his knack for getting to know the name of every student,” Rasoul said, “including myself. He was my dean at that point. I remember going on rafting trips … He has served the Roanoke Valley well.”

Rasoul introduced House Joint Resolution 228, which he said was the Virginia General Assembly’s way of “showing deep thanks to Maxey’s four decades of service to the Commonwealth.” The resolution passed unanimously.

The Maxeys were joined in the gallery by Robert Lambeth, president of the CICV, and Riley, who previously served as the Virginia State Director of the National Federation of Independent Business (NFIB). She began her new role as the Youngkin administration took office in Richmond last month.

“President Maxey has been a tremendous supporter of CICV’s efforts over his career at Roanoke and we appreciate his many contributions,” Lambeth said. “It was very special that the House of Delegates chose to honor him in this way and we were happy to be there to celebrate with him and Terri.”

Maxey said he was genuinely surprised by the recognition. “I was deeply touched by this unexpected honor,” he said. 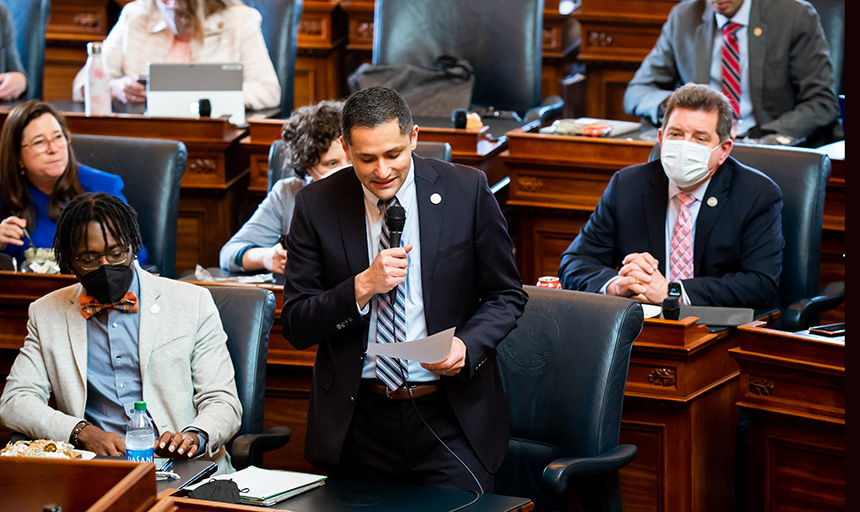 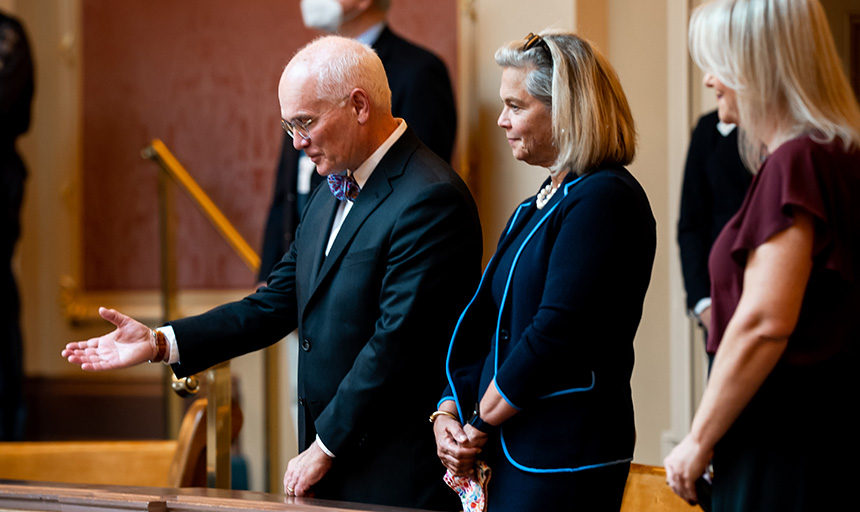 President Maxey gestures to Virginia General Assembly as the legislature applauds him. 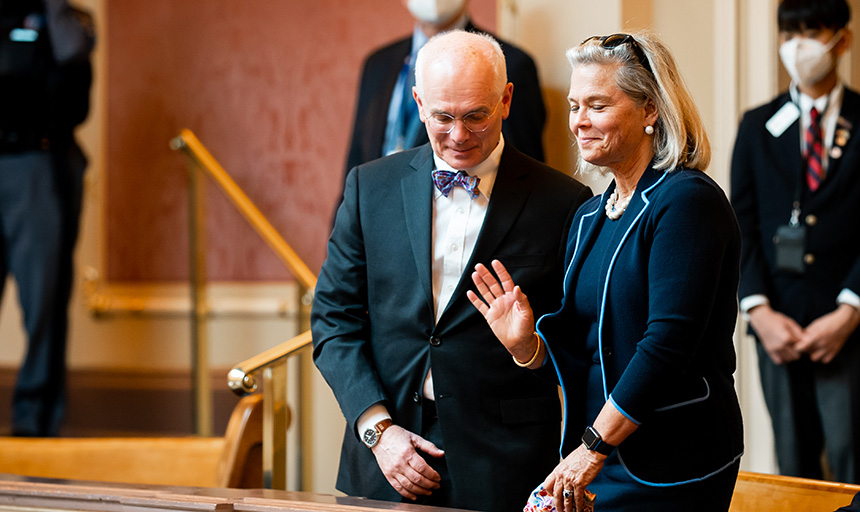 Terri Maxey waves as she is introduced. 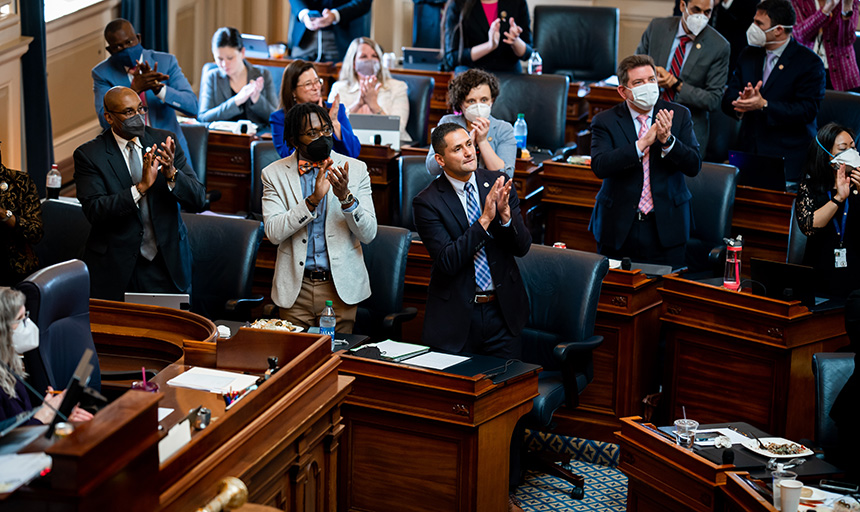 Members of the Virginia House of Delegates applaud President Maxey 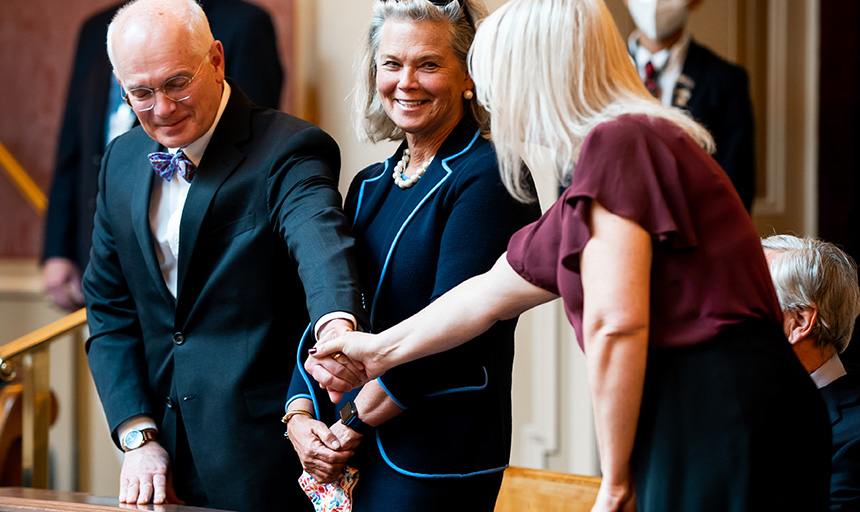 President Maxey shakes hands with Nicole Riley '95 as she is introduced. 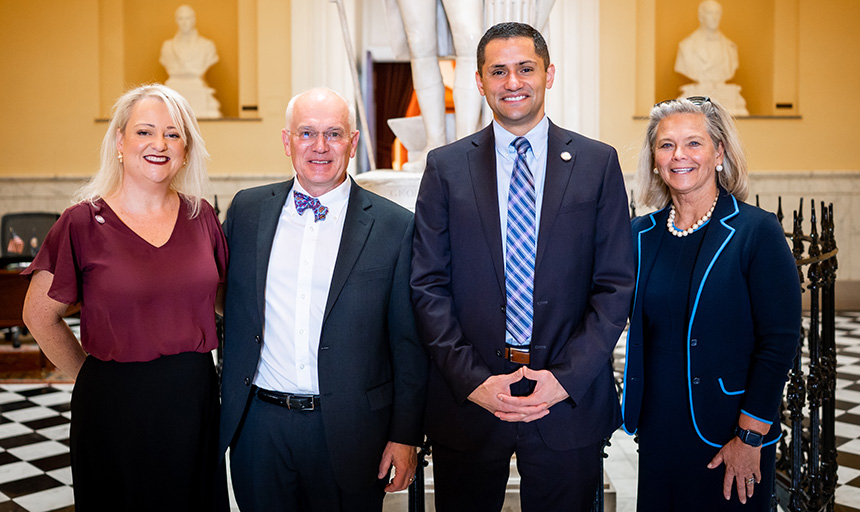 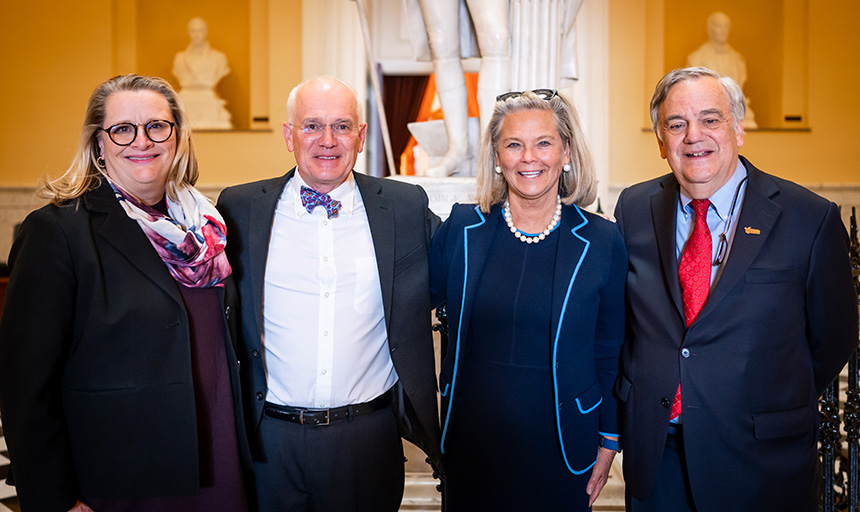 Sabena Moretz, director of government relations and member services of the CICV, President and Mrs. Maxey, Robert Lambeth, president of the CICV