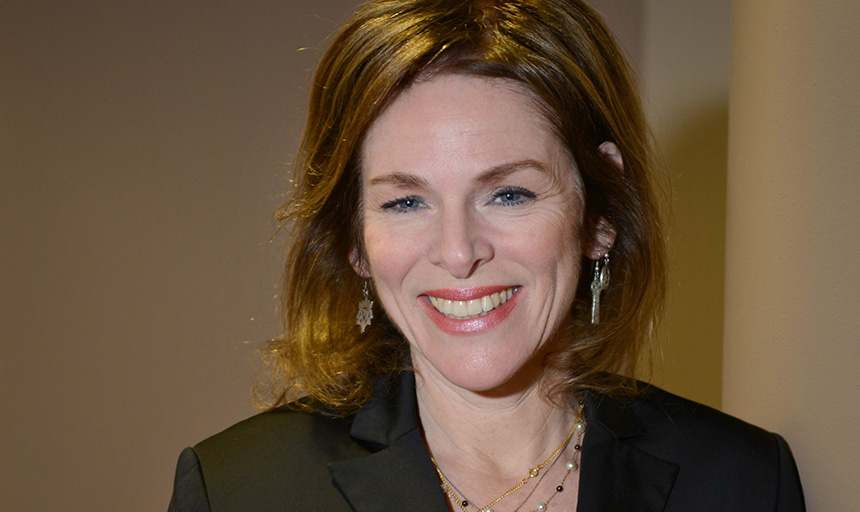 Dr. Michele Lise Tarter '82 was on a research trip to England years ago when she came across a bust of a Quaker woman on display in the dungeon at Lancaster Castle. The mannequin's face was black and blue, as if beaten, and her head was enclosed in a 20-pound iron cage.

This 17th-century torture device, or "scold's bridle," was reserved for women who talked too much, says Tarter, now an English professor at The College of New Jersey.  Heads encaged, they were paraded through the streets and pelted with rotten food. "I was so struck by this image and started thinking about what happens to women who dare to confront being silenced."

Throughout her career, Tarter has worked to unlock the voices of silenced women - from those accused of witchcraft centuries ago to today's prisoners.

She will speak at Roanoke College this week, on Nov. 12 and 13, about the persecution of witches and her experiences teaching memoir-writing to hundreds of women serving life sentences in maximum security prisons.

Tarter first became interested in researching witches while working on a dissertation about early Quaker women. "I kept coming upon stories of Quaker women accused of being witches and/or incarcerated for speaking out, for preaching publicly at a time when women were not supposed to speak at all in public. They were such a threat to mainstream society because they felt empowered by their community to break through these boundaries."

One didn't have to be an outspoken Quaker to pose a threat, however. Many accused witches were healers with herbal knowledge; others had wealth or land without a man to oversee them. They fell outside the social norm.

Tarter began to ask: "Where are the 'witches' today?" Fifteen years ago, she decided to use her expertise in autobiography and memoir writing to reach out to women in "a system where they're buried alive."

Tarter began her "Woman is the Word" project at a maximum security prison for women in Illinois, later taking her efforts to the Edna Mahon Correctional Facility for Women in New Jersey.

Prison officials were suspicious of her ideas at first, and so were the prisoners. "It's a culture of fear," she says. "Protection for a prisoner is silence," and Tarter was inviting them to use their words. But she said she told them, "I don't want the court's words, the judge's words, your parents' words, or your abusive husband's words. I want you to tell your own story."

Most of the women have been victims of domestic violence who "snapped" and retaliated at their abusers; as a result they have received life sentences. Putting their experiences into words can be both painful and empowering, Tarter says. One woman described the class as "like giving birth every day," she says. "But my promise to them is that if they can find the courage and strength to do this, they'll be able to release that pain rather than holding on to it deeper inside. I really believe that writing their life story is a sacred act of healing."

Tarter is now writing her own memoir about the Woman is the Word project. In doing so, she hopes to contribute to a national conversation about mass incarceration.

"I'm not going to write the new 'Orange is the New Black'," she says. "But I want to help turn the tides here, and for people to see that these are human beings, with lives and families,"

-By Susan Frith. Susan is the daughter of the late Douglas K. Frith '52.