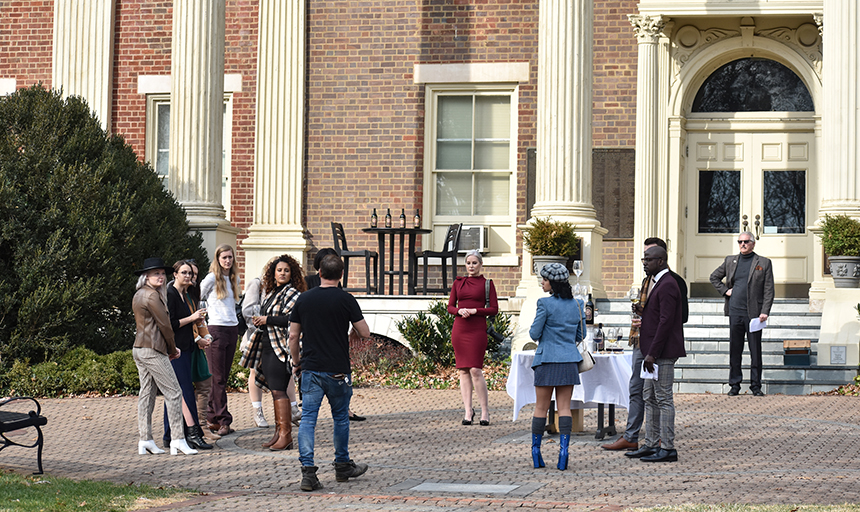 Penalty Vox Productions, Inc., an entertainment company based in Los Angeles, was on campus in December filming a movie for Lifetime titled “A Glass of Revenge.” Filming occurred on the Turbyfill Quad and the Back Quad, with production spaces set up in the Colket Center and Alumni Gym.

Bella Moritz ’22 was a production assistant in the wardrobe department.

“It was really fortunate getting to help with the costumes,” Moritz said. “I have a great interest in costuming and fashion, so it was a great experience working with industry professionals.”

Moritz was able to add the experience to her curriculum vitae barely two weeks before applying to graduate programs in museum studies and historical fashion.

“The most memorable part for me was later in the evening when I got really close with the actors,” Moritz said. “I was holding their coats in between takes and would rush to them as soon as ‘CUT!’ was yelled to get them bundled up.”

Isaiah Andreis ’22, who worked as a production assistant and representative of the College, said he “had a lot of fun and would love to be able to do it again.”

Andreis is the stage tech student manager at the Colket Center and has previous experience working with lighting and sound. Becoming an extra, however, was something new for him.

“Apparently, they had a suit that wouldn’t fit anyone else, and I was able to somewhat wear it properly. I was, of course, asked if I wanted to be an extra, and at the moment, I just said ‘sure.’”

Andreis will appear as a deputy toward the end of the film.

“With all the interest in media and film among our students the last few years with the Basically Tarantino Film Festival, it was great to see a professional film production on campus, especially with some of our students working in their element.”

Seth Carswell ’23 served as a set medic for five days.

“I’ve always been a fan of the behind the scenes of films,” Carswell said. “It was fascinating to see all the things and equipment used in making a film happen.”

Carswell heard about the opportunity to work on the film through the Outdoor Adventures program and had medical training.

“I never would have imagined doing this, but it was incredibly fascinating and opened up a door for me,” Carswell said. “It’s great to have such opportunities, and I met so many incredible and cool people.”

Kaylen Ayres ’25 was taking photos for her Office of Marketing and Communications fellowship at the College to document the campus being used as a set for the movie. Her eagerness soon earned her a bigger role.

“I edited photos during the lunch break,” Ayres said. “When I came back to set, I already had some of my work to show to the producer, Liana Rae Perez. She then asked me to be their set photographer.”

Ayres came back to set in other Roanoke Valley locations for three days, documenting unit stills and behind-the-scenes action. She also took gallery shots, which will be used for marketing purposes for the movie.

“This has easily been the coolest thing I’ve done so far,” Ayres said. “I’m so thankful that I had this opportunity. The cast and crew were great to work with, and I can’t thank Liana and Travis Pilat, the production manager, enough for taking a chance on me.”

The film currently is in post-production and is expected to air on Lifetime in 2022. Directed by Dylan Vox, the movie features Lynn Kim Do in her first lead role. Joining her are Micavrie Amaia, Troy Appel, Navji Dixon and Amefika El-Amin.

Joe Boucher ’87, director of Student Activities, helped Vox and the production crew scout locations with the understanding that they would hire some students to work on the film.

“With all the interest in media and film among our students the last few years with the Basically Tarantino Film Festival, it was great to see a professional film production on campus, especially with some of our students working in their element,” Boucher said.

Vox is familiar with Roanoke, having graduated from Cave Spring High School in 2000. Viewers familiar with Salem and Roanoke might recognize familiar sites such as Hotel Roanoke in the upcoming film. 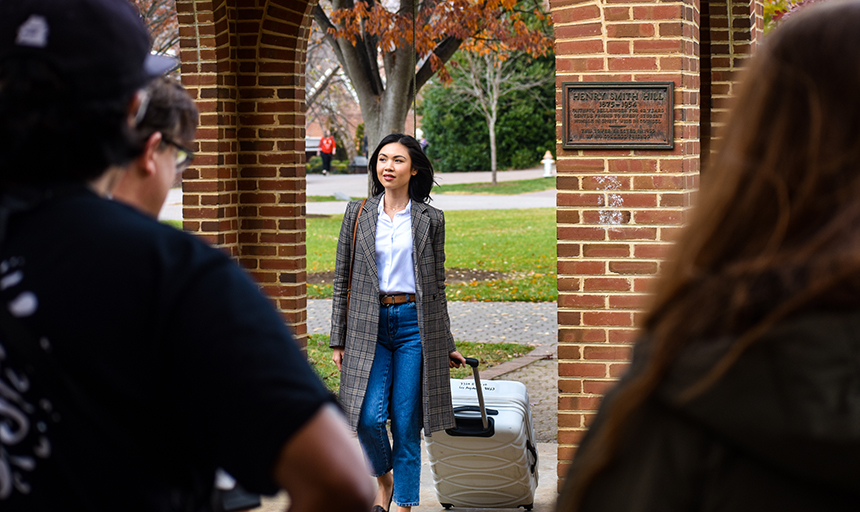 Actress Lynn Kim Do walks underneath the Henry Smith Hill Bell Tower during a scene. Seth Carswell '23 watches the crew prepare for a scene. 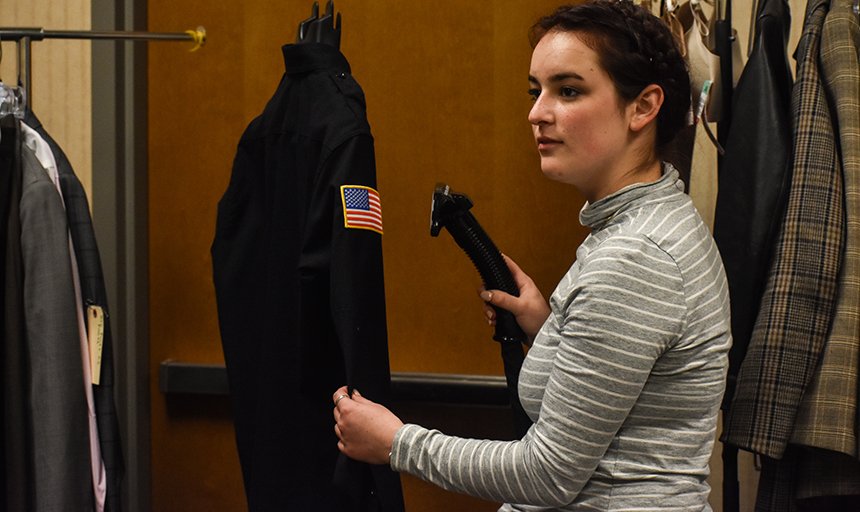 Isaiah Andreis '22 stands with Joe Boucher '87 while watching the cast. 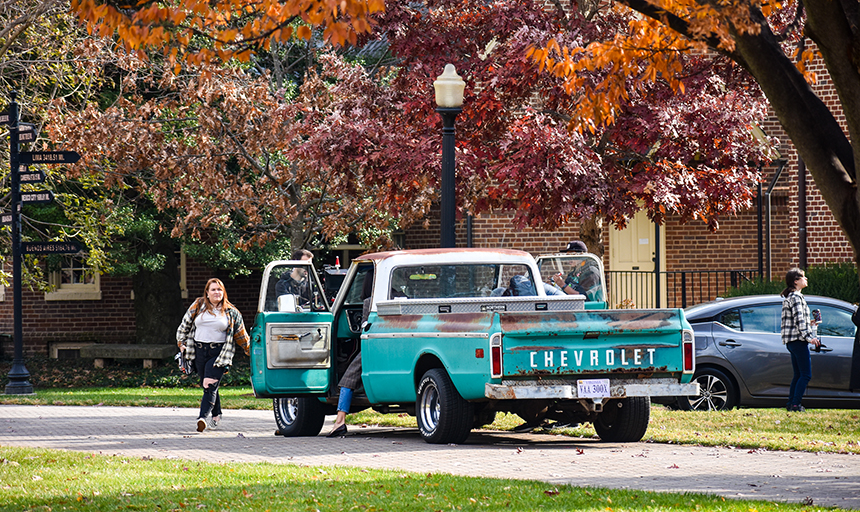 The cast and crew set up for a scene. 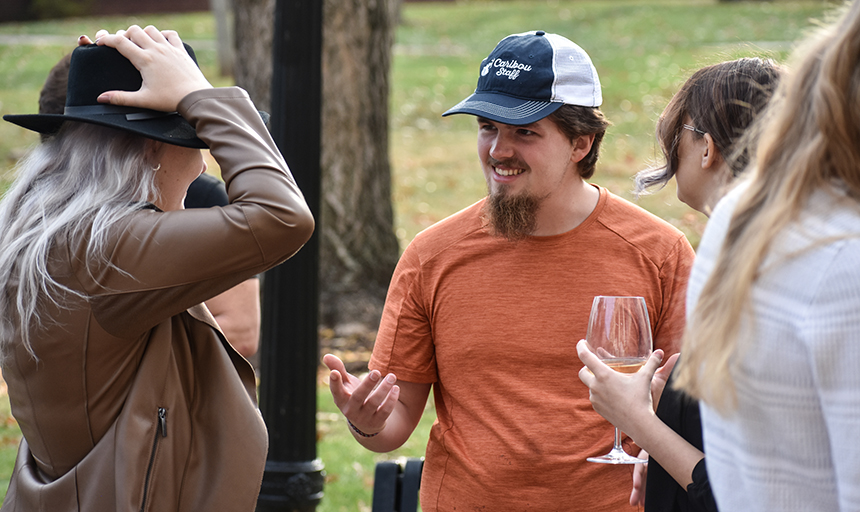 Seth Carswell '23 talks with some extras between takes. 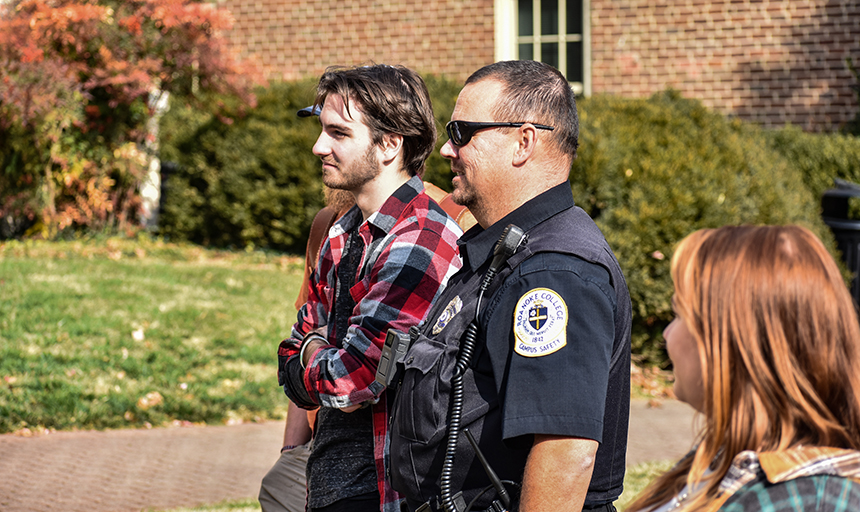 Director Dylan Vox gives some notes to the actors before a scene.