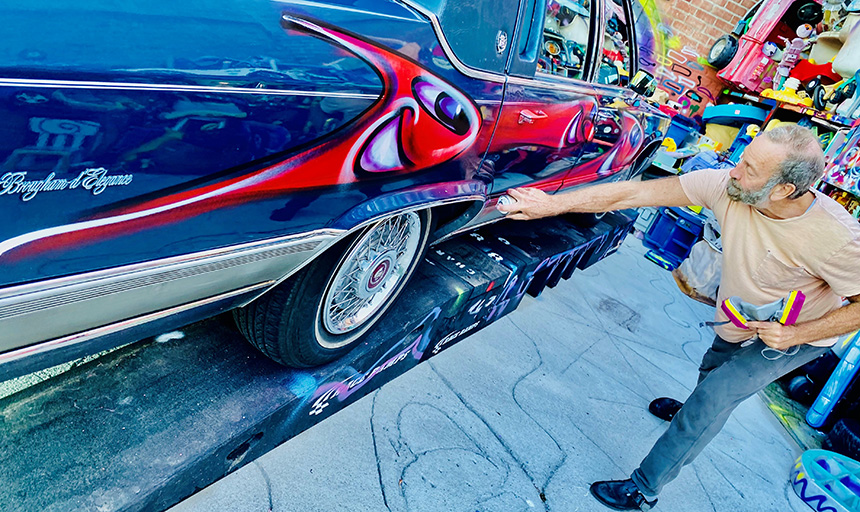 Roanoke College’s Olin Galleries’ newest piece of art is one you might see on the streets of Salem. The new art is a 1992 Cadillac that was painted by Los Angeles artist Kenny Scharf, who is known for graffiti art including his “Karbombz” creations. Scharf has painted more than 260 Karbombz with many of the cars located in L.A.

“Norma” was painted in L.A. and then moved to Virginia during the pandemic. Now that Norma resides in Virginia, expect to see the car around town and campus as part of art-related endeavors.

Norma came to Roanoke College thanks to Joanne Cassullo ‘78, of Dallas, Texas, who is the president and director of the Dorothea L. Leonhardt Foundation, Inc. Cassullo , a member of Roanoke’s Board of Trustees, has contributed a wide variety of art to the College’s permanent collection. Many pieces are outside the traditional view of art. She was instrumental, for example, in the topiary Rooney sculpture on the Maroon Athletic Quad and the Tree of 40 Fruit in the Olin Courtyard.

“The car is named Norma after its owner, Norma H. Demetrion, who passed away in the fall of 2020,” Cassullo said. “She was a spirited redhead which is why I suspect Kenny used lots of red when painting her car.”

Demetrion was the widow of Cassullo's stepfather, and Cassullo said the family was looking to make sure Demetrion’s Cadillac found a new home. Norma’s classic navy blue paint becomes the backdrop for a bright red cartoon face with bright white teeth. The design is on each side as well as the hood and trunk of the car. Stylized swirls and figures are painted on the hood and trunk.

Art consultant James Salomon has written about Scharf’s Karbombz. He helped coordinate this effort and documented the transformation process.

“There was a small, private parking lot in the back where he went to work. Groovy music was flowing from the speakers and he had a sort of dance to his actions.”

“James was the one who thought Roanoke College would be the perfect home for Norma,” Cassullo said. “James has a way of getting the impossible done in the art world. He worked his magic with Kenny's studio in order to get Norma ‘karbombzed’ in a timely fashion, especially during the height of COVID.”

Salomon took photos at Scharf’s studio in Los Angeles when the car was painted on January 8, 2021. “There was a small, private parking lot in the back where he went to work,” Salomon said. “Groovy music was flowing from the speakers and he had a sort of dance to his actions.”

Salomon said most Karbombz are owned by individuals with no affiliation to the art world, rather than institutions.

Talia Logan, director of Olin Hall Galleries, said the plan is to “use Norma to distribute art kits and to transform the trunk into a traveling studio so we can facilitate workshops off campus at different events and venues.”

Keep an eye out around campus or around the Roanoke region for Norma the art car.

“I just love this idea that we’ll have a visual symbol of what we do in the arts at Roanoke College,” Cassullo said. “Hopefully she’ll be in parades and people can see her.” 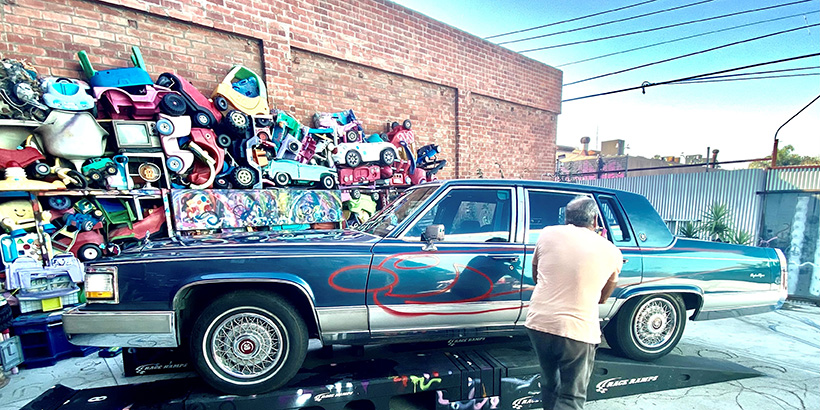 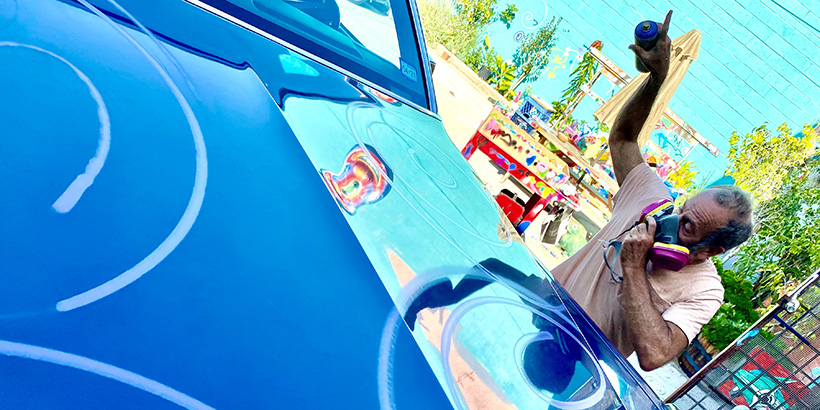 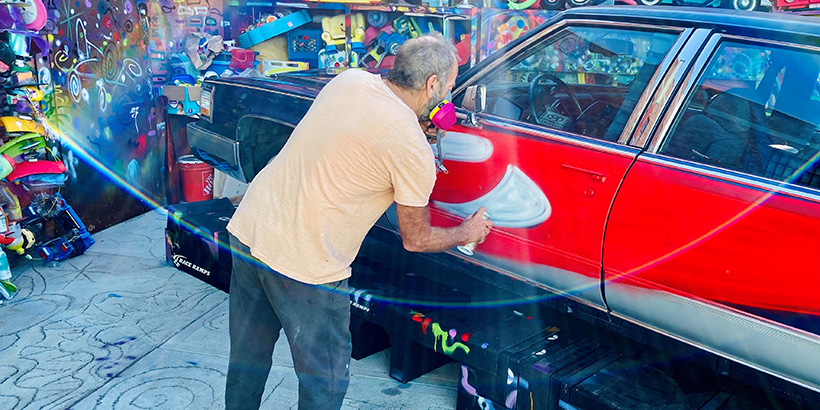 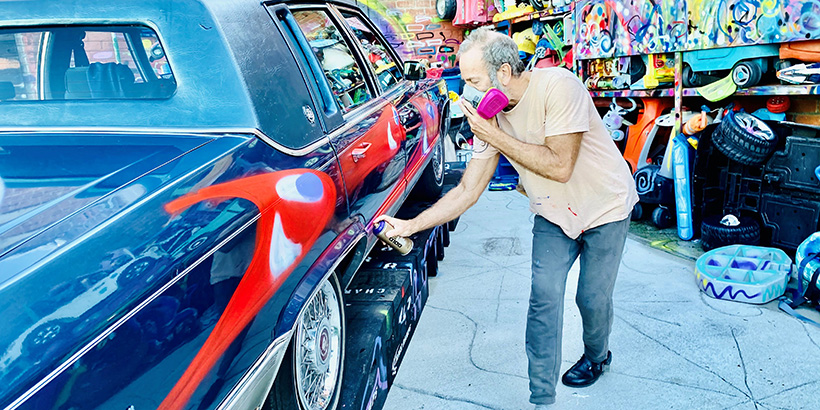 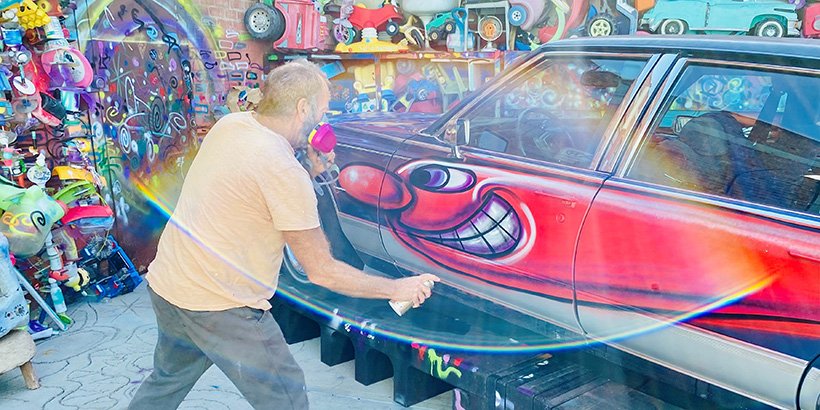 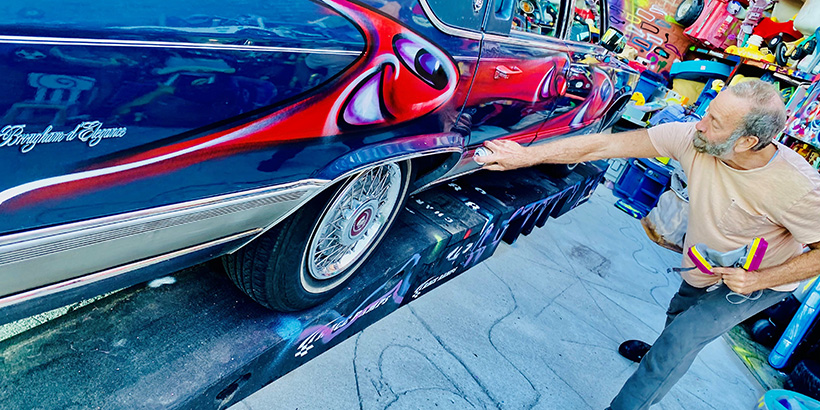 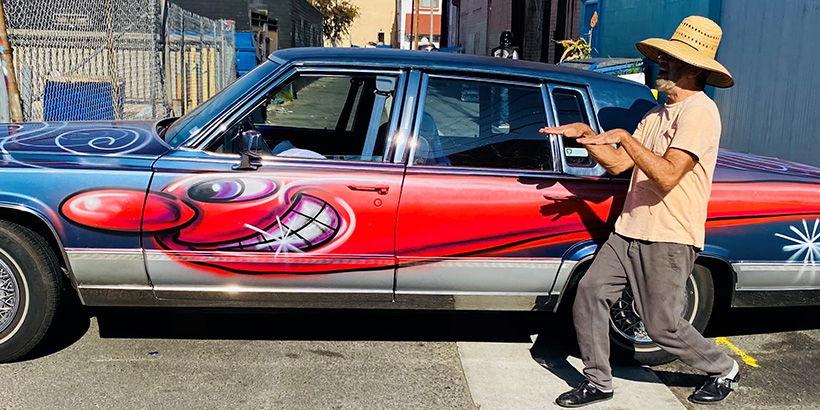 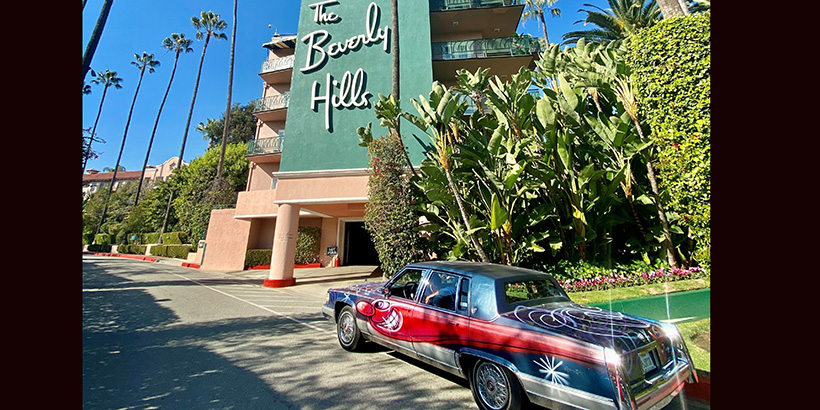 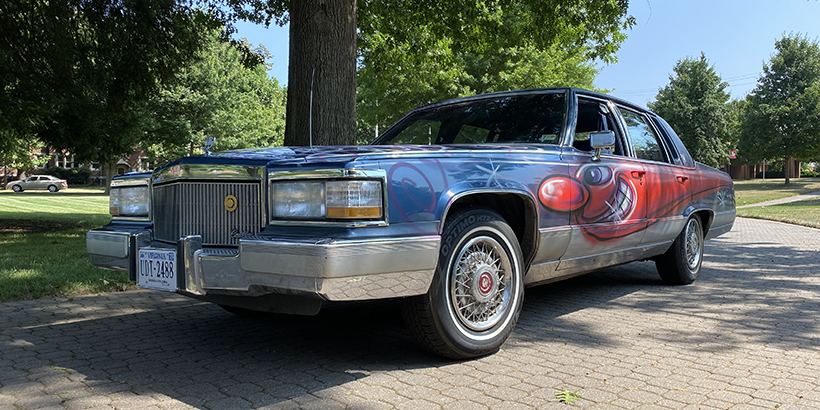