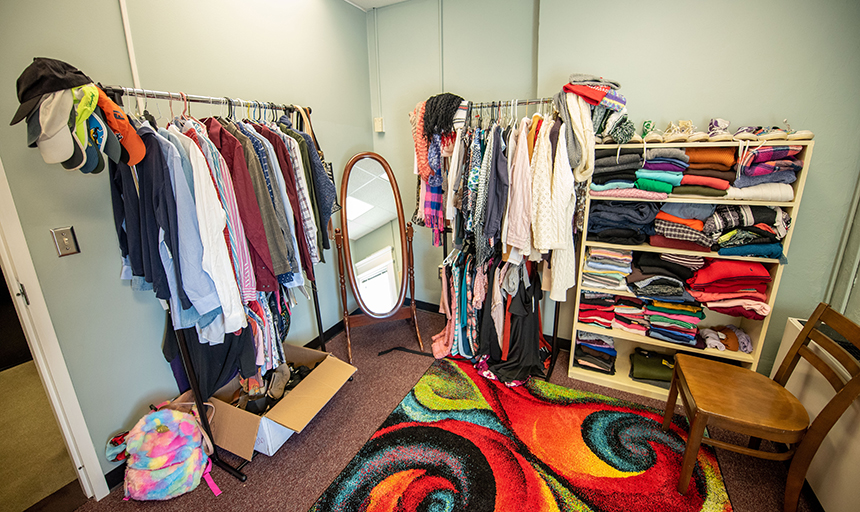 Out of the Closet, a service that provides free clothing for transgender and gender non-conforming students, is now open to the campus community.

The closet, which has collected donations from the campus community and beyond, is located in West Hall 324 and is open anytime West is open.

Dr. Jennifer Berenson, professor and chair of the Department of Religion & Philosophy, heard about a similar initiative at Radford University and said she thought it would be a good idea for Roanoke as well.

Berenson said many students who are transgender or gender non-conforming often don’t have support systems at home and might not feel comfortable shopping publicly at department stores. Out of the Closet is free and private, and already has amassed a wide variety of clothes.

Ethan Stevenson ‘24 is the treasurer of LAMBDA Alliance — a student-led organization that supports LGBTQ+ students — and said Out of the Closet is already helping some students feel more welcome on campus.

“It is amazing,” Stevenson said. “It’s one of those things where just the more resources you have for everyone, the better.”

“We definitely want to make a statement, both from the Chaplain’s Office and from my department, that all students are welcome here. We want to support all of them.”

Dr. Jennifer Berenson, professor and chair of the Department of Religion & Philosophy

Out of the Closet is sponsored by the Department of Religion & Philosophy and the Center for Spiritual Life & Campus Ministry. Berenson said religion has always been a point of tension for those in the LGBTQ+ community, and she hopes initiatives like this show students that the religious leaders on this campus are open and inclusive.

“We definitely want to make a statement, both from the Chaplain’s Office and from my department, that all students are welcome here,” Berenson said. “We want to support all of them.”

Clothing donations streamed in from the campus community and beyond. Roanoke College’s Student Government Association held a contest earlier this semester between various campus groups to see which campus organization could donate the most items to Out of the Closet. The office of the Rev. Robert Humphrey, bishop of the Virginia Synod, collected donations and dropped them by as well. As a result, the closet in West 324 is full and there’s an overflow room that also has boxes of donated clothing.

Berenson and Rachael Clark, assistant director of Residence Life & Housing who is serving as an advisor to LGBTQ+ groups on campus, agreed that Roanoke College’s campus has become increasingly open and accepting toward the LGBTQ+ community in recent years. LGBTQ+ organizations on campus are more popular than ever, Clark said, due to a few factors.

“More faculty and staff involvement is a huge plus, a good step in the right direction,” Clark said. “I also think that we’re seeing just a cultural shift in the country, which is probably helping as well.”

Out of the Closet Kickoff 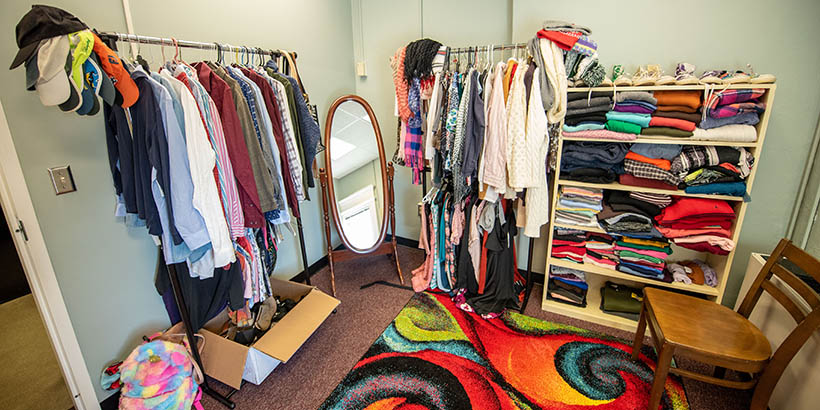 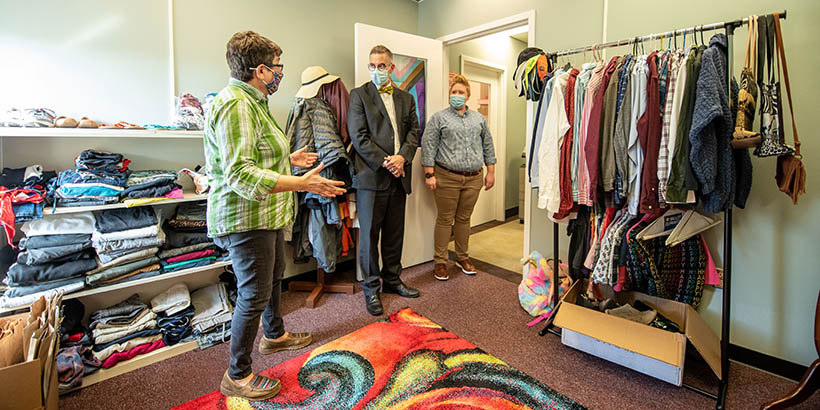 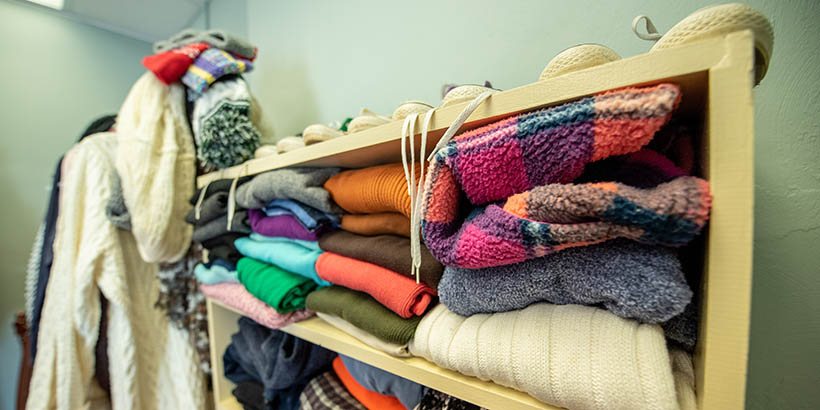 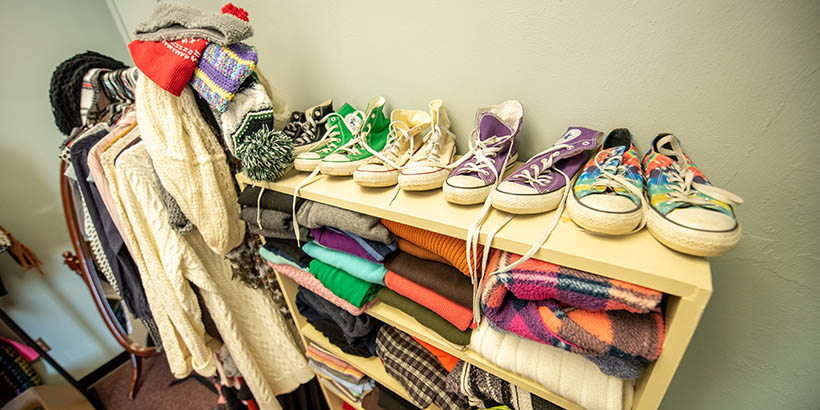 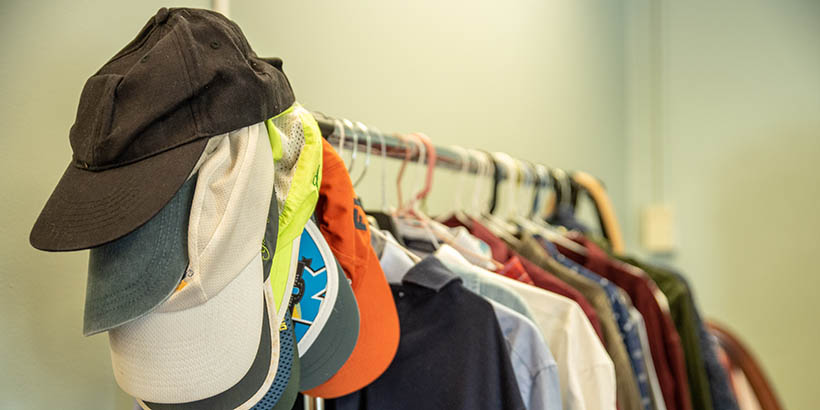 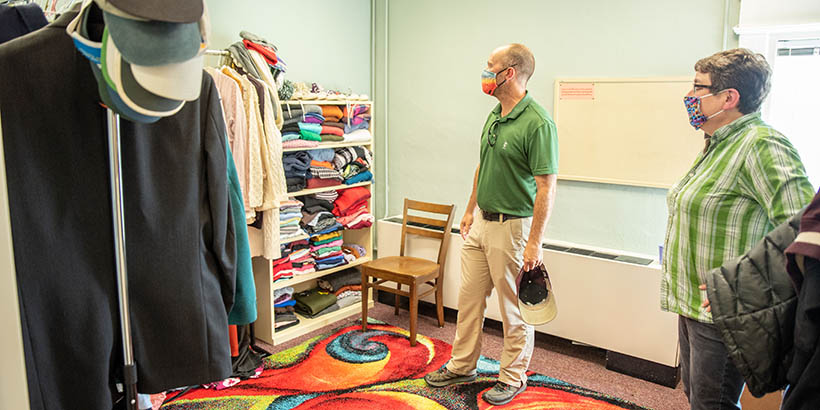 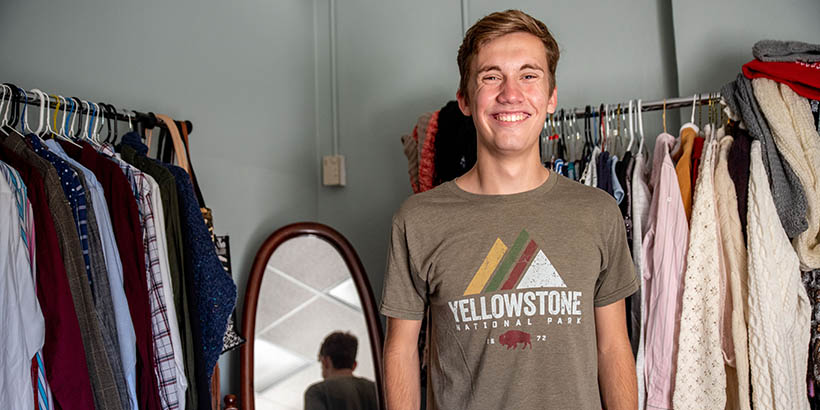 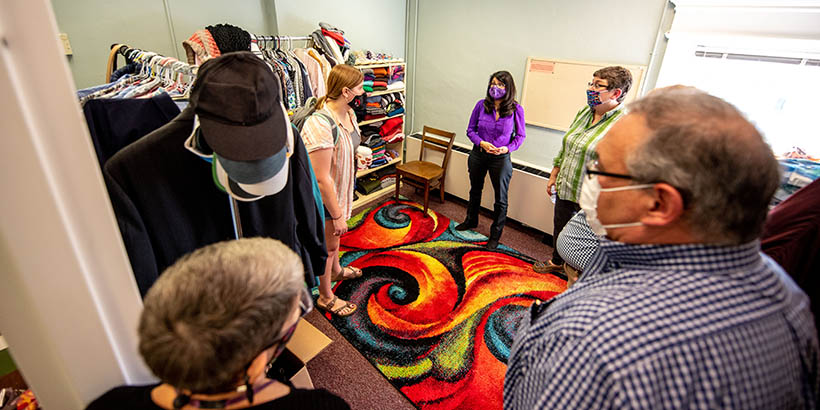 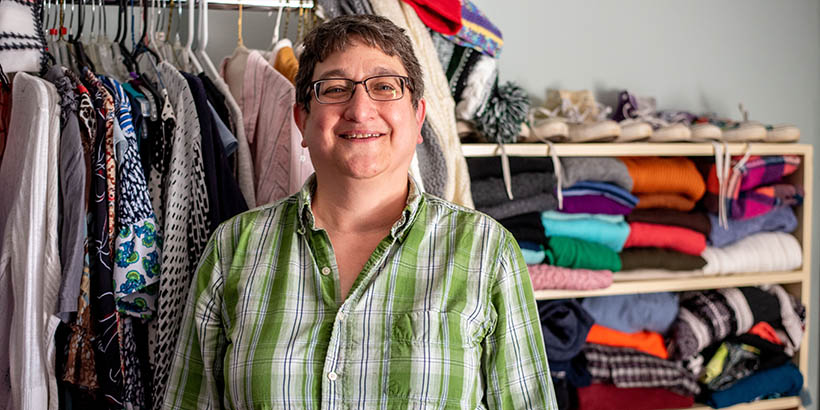