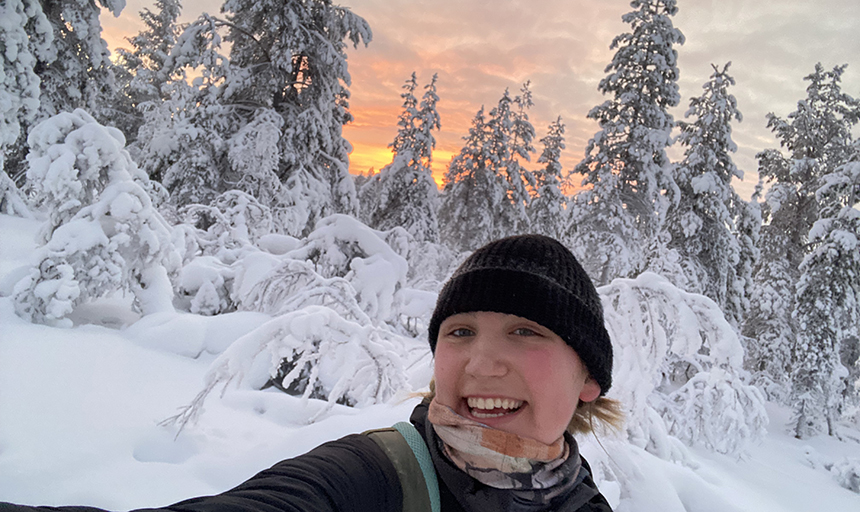 Sofia Falkengren '22 stops for a selfie on a hike in Finland.

Outdoor Adventures students get the most out of study abroad experiences

Sofia Falkengren ‘22 and Spencer Mann ‘23 studied abroad in Finland and France, respectively, and complemented their studies with outdoors-related activities.

Falkengren, an environmental studies major and biology minor, was based in Joensuu, Finland, and learned about a variety of environmental topics — from forestry to peatland ecology. She was also able to explore some of the surrounding lakes and wild areas in the region.

“Nature is a really centralized part of their culture, which was really cool to experience,” Falkengren said. “And as an Outdoor Adventures person, and someone who loves the outdoors, nature, and studies the environment, it was a really awesome place to do that.”

Mann, a French major, studied in Lyon, France, and was immersed in the language and culture. Mann developed an interest in climbing at a young age and said joining Outdoor Adventures at Roanoke helped turn that interest into a passion. There weren’t many easily accessible outdoor activities, as Lyon is a large city, but Mann discovered an active community of people who went to climbing gyms.

Mann got involved and found it helped her both socially and academically.

“I definitely think it helps boost my confidence with the language as well as creating friends in that area, because if you've ever talked to a climber, they're normally very friendly people who are really happy to give you a little bit information on a route that you're working on,” Mann said. “And I found that it's true across cultures, across language barriers, they’re always wanting to be helpful.”

“I think that through my time at Roanoke, and the connections I've made here, I have had great opportunities to pursue that have helped form who I am now and will carry me through my future.”

Mann, also an environmental studies major, hopes to eventually work in that field.

“Recently, I've been thinking about going into the collegiate level,” Mann said. “In the future, I would like to work globally with environmental issues, such as water resource management.”

Falkengren has found support from both current and former Maroons. She connected with Scott Segerstrom ‘02, who is the executive director of the Colorado Youth Corps Association. Segerstrom helped connect Falkengren with an internship two summers ago with the Rocky Mountain Youth Corps, which gets young people involved with outdoor service projects

“I think that through my time at Roanoke, and the connections I've made here, I have had great opportunities to pursue that have helped form who I am now and will carry me through my future,” Falkengren said.

Studying abroad in Finland and France 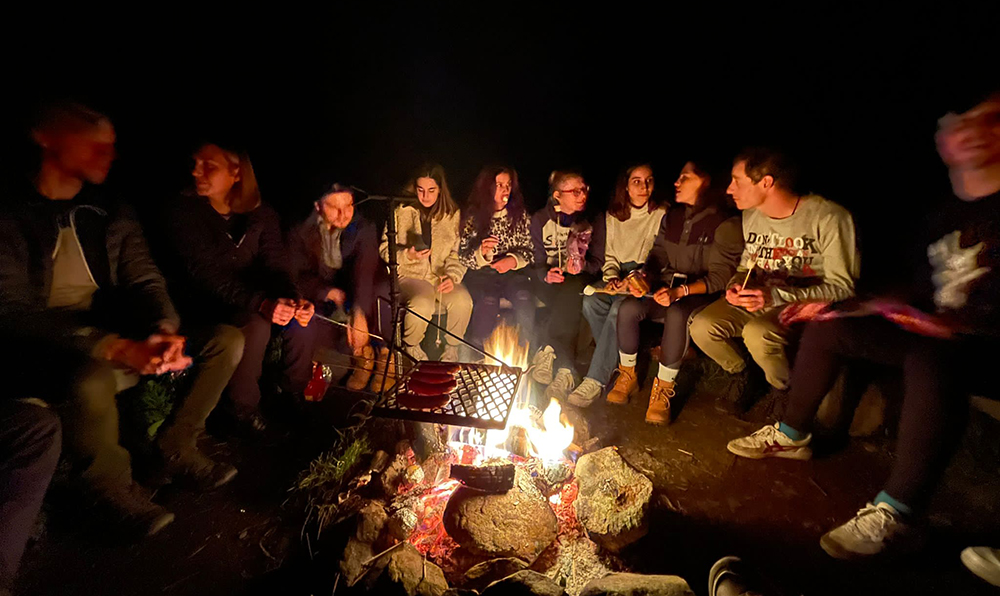 People gather around a campfire in Finland. 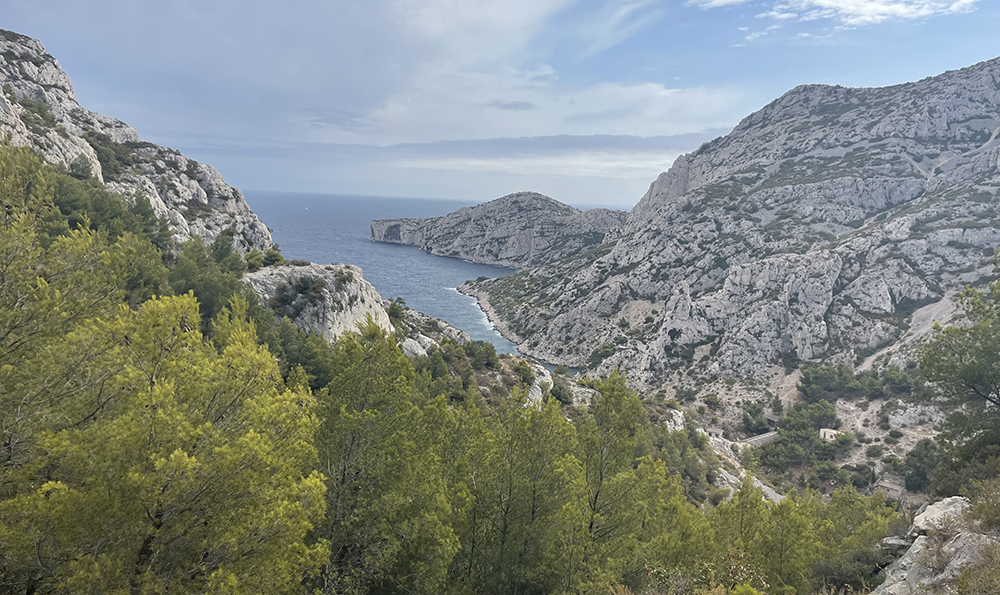 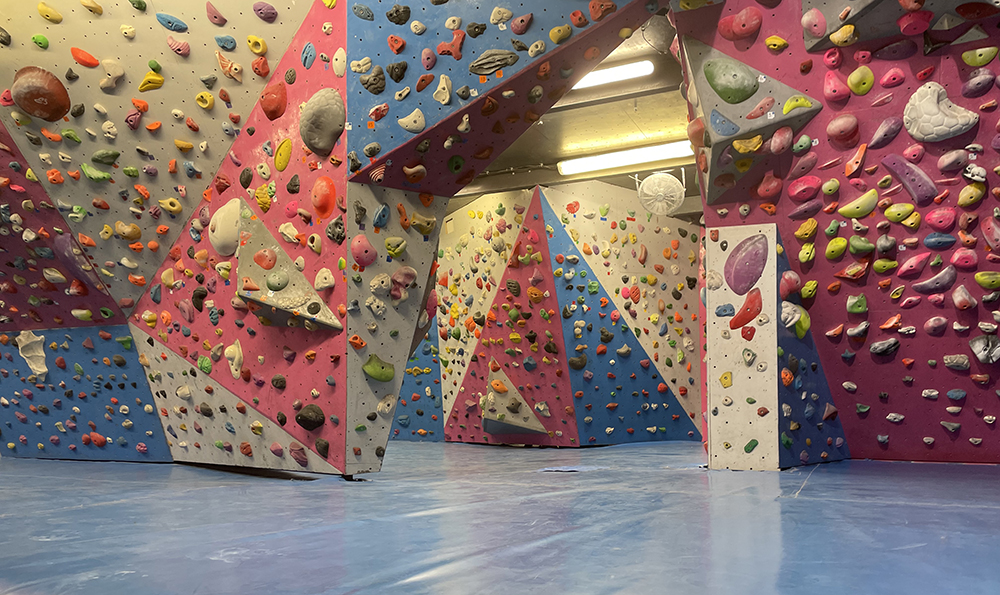 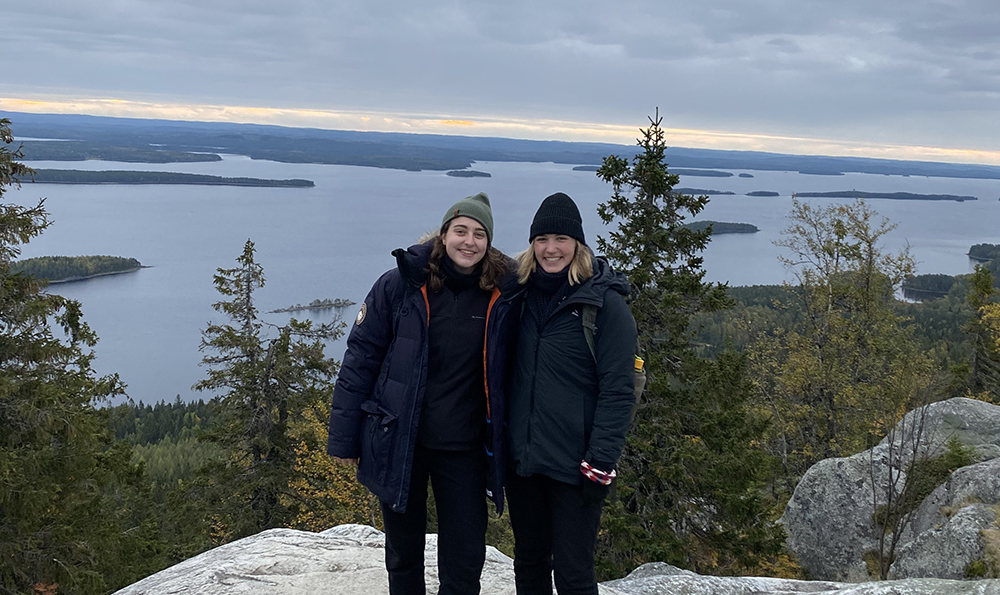 Sofia Falkengren '22 poses for a photo with a friend in Finland. 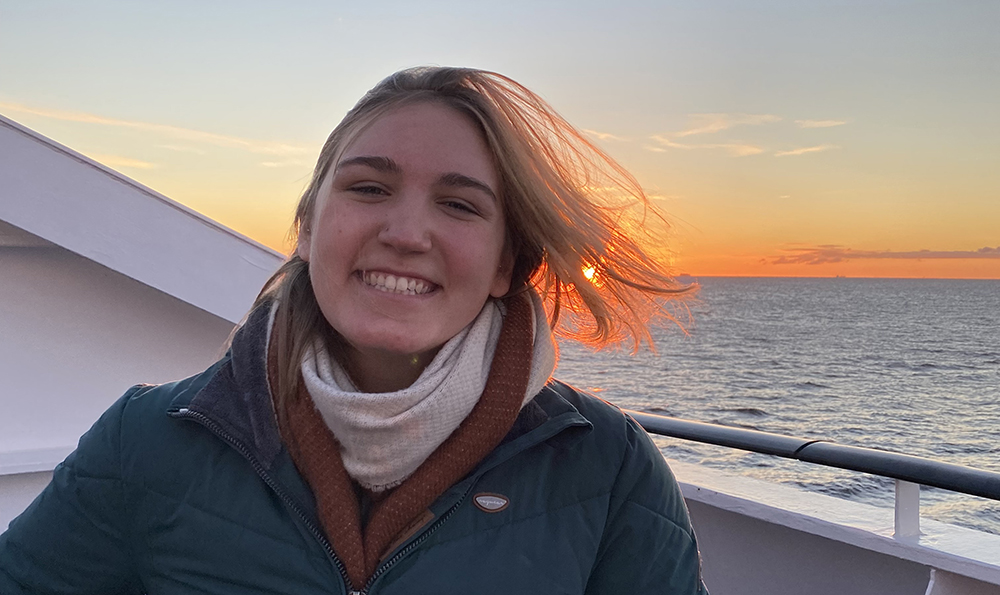