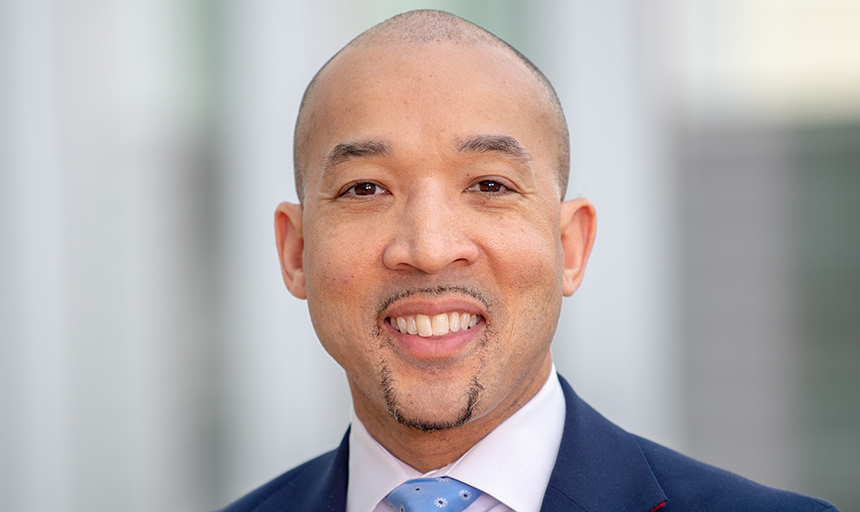 Paris Butler ‘00, M.D., M.P.H., F.A.C.S., continues to be a leader and trailblazer in the medical world. Dr. Butler was recently named the first-ever vice chair for Diversity, Equity and Inclusion (DEI) at the Yale School of Medicine’s Department of Surgery.

Butler, who will also serve as an Associate Professor of Surgery, will assume his new positions April 1.

Since 2016, Butler has been at the University of Pennsylvania Health System (Penn), where he has served as Associate Designated Institutional Official (DIO) for Under-represented in Medicine (UIM) Affairs for the Office of Graduate Medical Education; Clerkship Site Director for the Division of Plastic Surgery; and Assistant Professor of Surgery.

When Butler was hired there, he was the first African American plastic surgeon at what was then the University of Pennsylvania’s 251-year-old medical school. Now, he is the first vice chair of diversity, equity and inclusion at the Yale Department of Surgery’s 209-year history.

“I have the formal education and growing experience to be an effective leader in this space, particularly as it pertains to American surgery,” Butler said. “To be able to have a formalized role as a vice chair of DEI at a historically prominent institution, yields the opportunity to truly convey some of my vision and passion in an impactful way.”

In his new role, Butler will help with recruitment and retention of physicians and surgeons who come from marginalized populations. He will also be able to lead research efforts in diversity, equity and inclusion.

“To be able to have a formalized role as a vice chair of DEI at a historically prominent institution, yields the opportunity to truly convey some of my vision and passion in an impactful way.”

Yale hired Butler after a nationwide search, and Department of Surgery Chair Dr. Nita Ahuja said Butler will be a huge asset to the future of the department.

"Dr. Butler’s appointment to our leadership cabinet is a significant milestone in our department’s history, and a big step forward toward our goals of developing a diverse workforce and promoting the cultural competencies that will allow each of us to provide our community with patient-centered care,” Ahuja said in a news release.

When Butler was just a freshman at Roanoke, Jorgenson noticed potential in him and wrote a note on his test that he wanted to talk to him after class. Jorgenson asked Butler if he had considered a career in medicine, and that sparked a passion in Butler that continues to this day. Their relationship also continues, and Butler said Jorgenson was one of the people he called when he was considering taking the job at Yale.

“He knows me and he's going to give it to me straight, as he always has,” Butler said. “I can trust that he’d never downplay or oversell an opportunity placed in front of me. He's just going to say, ‘Paris, in my point of view this is the good, the bad, and the indifferent.’ His mentorship has always been so authentic and I will forever be appreciative of his wise counsel that has spanned, almost sad to admit, over 20 years.”