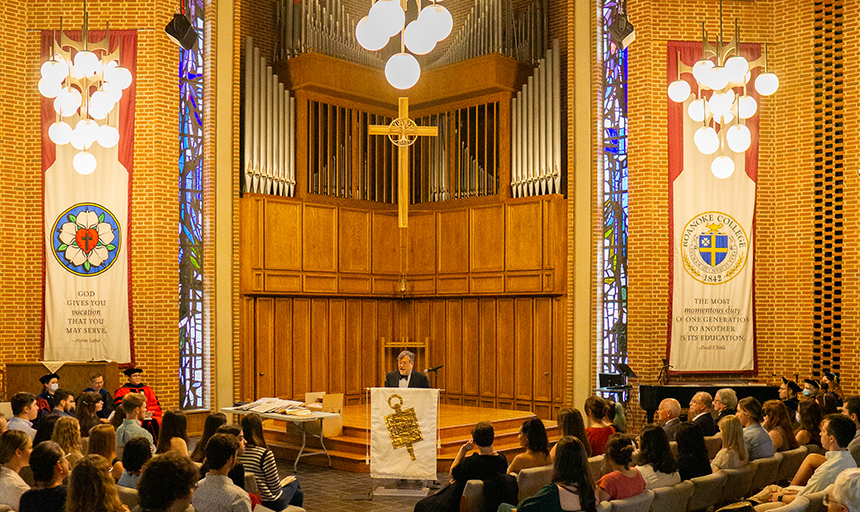 Forty-two students and two alumni, as well as President Michael C. Maxey, were inducted into the Nu of Virginia Chapter of Phi Beta Kappa during Senior Week. Maxey, who retires this year as Roanoke’s 11th president, was inducted as an honorary member for his decades-long commitment as a champion of the liberal arts.

Two alumni members were inducted as well: Dr. Kenneth Garren ‘62, a former dean and vice president for academic affairs at Roanoke College and the retired president of Lynchburg University; and Dr. Doug Clark ‘72, who is a former Dean of Admissions at Roanoke College and retired in 2021 after serving for many years as the dean and executive director of the Lutheran College Washington Semester Program.

Dr. Peter J. Hotez, an internationally recognized physician-scientist in neglected tropical diseases and vaccine development, was the featured speaker for the induction ceremony on May 6. Dr. Hotez spoke about his professional challenges and stressed to inductees the importance of charting a professional course that will make a difference.

Hotez received an honorary Doctor of Science at the 2022 Roanoke College commencement ceremony on May 7. The College recognized him for his contributions to formulating and manufacturing a coronavirus vaccine for widespread distribution. A physician-scientist, he and his research team have worked recently to develop a new COVID-19 vaccine that can be distributed globally.

The students who were inducted are: 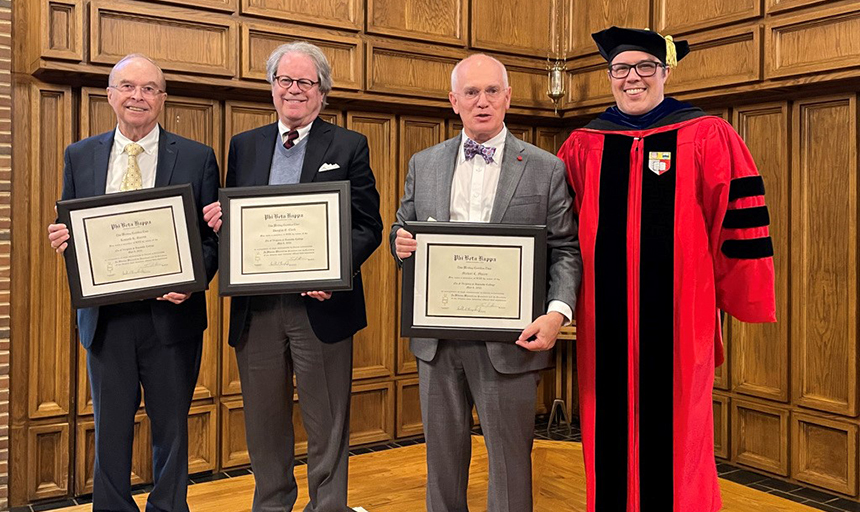