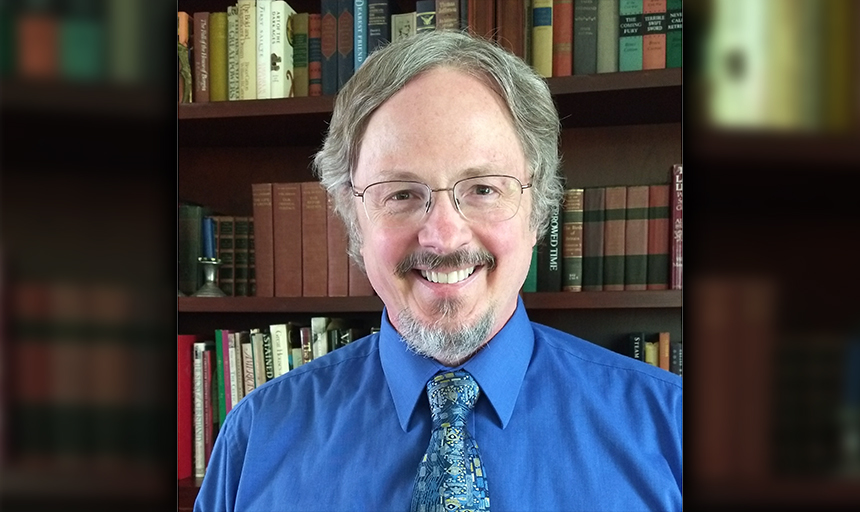 Dr. James Peterson, Schumann Professor of Christian Ethics and Director of the Benne Center for Religion and Society at Roanoke College, provided expert testimony at the National Academy of Sciences during a committee meeting titled “Ethical, Legal, and Regulatory Issues Associated with Neural Chimeras and Organoids.”

The virtual working group brought together experts in science, ethics, and regulation on Dec. 15 and 16, 2020, as part of preparing a free, public report for later this year. Peterson will also serve as a reviewer of the report before publication.

The committee’s main goals included reviewing current neural chimeras and organoid research; considering the risks and benefits of such research; and discussing and creating ethical guidelines for the treatment of human like brain activity outside of the human body. Neural chimeras and organoids — brain tissue grown from stem cells — are currently used to learn more about and find cures for human brain disorders like such as Alzheimer’s, autism, depression, and ALS, among others.

Because of Peterson’s past publications, his role as the editor-in-chief of the academic peer reviewed journal “Perspectives on Science and Christian Faith,” and his past contributions to the National Academy of Sciences CRISPR consultation, he was asked to provide expert ethical guidance to the working group. The committee consisted of 10 leading scientists from the United States, five supporting staff members, and a handful of select individuals who are leaders in their respective fields.

“The Academy’s superpower is the power of convening, so if they ask you to come speak with them, you go” Peterson said.

Scientists “are getting so good at this that they are getting networks of human neural tissues in labs and developed in animals that are complex enough that they are starting to see a significant networks of neural activity characteristic of the human brain,” he added.

“The research surrounding advanced knowledge of neural chimeras and organoid use and functionality is breaking barriers, giving scientists and stakeholders hope in finding cures for various human brain disorders.”

Peterson said now is the time to initiate important conversations about proper use and advancement of these experiments. His testimony included ethical considerations scientists need to address when creating and using neural human tissue in laboratory settings and in animals.

“We need to ensure we don’t cause harm,” Peterson said. “Animals must be cared for and respected. There is a concern about not causing harm to any living subject. Consciousness is complex. We need triggers in place that, as we get closer, we can revisit and refine guidance.”

“The first level of consciousness we would be concerned about is pain,” said Peterson.  “You want to build a model that is approaching consciousness so that you can test human brain disorders that involve consciousness, but not cross that line. We want to be proactive.”

Since these advancements are developing at such a rapid pace, Peterson stresses that it is more important than ever to include ethical conversations at the forefront of human brain tissue research and regulation.

“It’s a new conversation,” Peterson said. “There has been surprise at how effective the models have been. And this is why the working group was formed now: to try to get out in front and to think about it more carefully because it is becoming much more feasible.”

Peterson is hopeful of the committee’s efforts, and the work of the National Academy of Sciences, for the future of those diagnosed with a brain disorder.

“Developing ways to understand how the human brain works is a marvel,” Peterson said. “If we can develop knowledge to help the billions of people avert or ameliorate the devastation of Alzheimer’s, Parkinson’s, ALS, depression, or autism, that would be amazing.”

Peterson brings these ethical conversations to the classroom — particularly to courses focused on ethics and medicine — to ensure students are part of the latest discussions in medical ethics. He will also share with students the experience of the deliberations at the National Academy of Sciences to encourage students to rise to occasions when their expertise is called upon.

“I think it is important that faculty do this kind of thing,” Peterson said. “Roanoke College is committed to developing students who will make a positive contribution to the wider community of our valley and state, even nationally and internationally. As faculty, we do and model that service.”