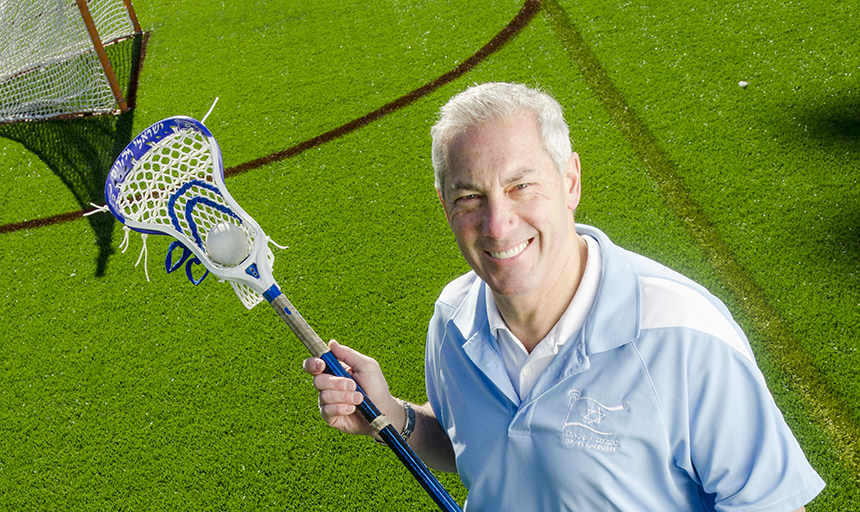 William was instrumental in the founding of Israel Lacrosse, a non-profit organization dedicated to the development of lacrosse in Israel. The organization was officially recognized by the Federation of International Lacrosse (FIL) in 2011 and has both a men's team and a women's team. The organization has also conducted summer youth clinics across Israel, getting lacrosse sticks into the hands of more than 500 Israeli children. William - whose full-time work is in strategic embedded software sales at IBM - will serve as head coach of the Israel Men's Lacrosse team competing at the 2014 Men's World Championship in Colorado in July.

"In the Spring of 2011, I was approached by a young man who had just gotten back from a trip to Israel. His name was Scott Neiss. He grew up on Long Island, and did not have a close tie to his Judaism or to the State of Israel. But upon his return to the States, he contacted me and asked if I would be the head coach for the Israeli National Lacrosse Team. I met with him, accepted that position and almost three years later, I have been able to change hundreds of lives, including my own."

"As a college All American at Roanoke, the sport of lacrosse has afforded me some amazing opportunities. One of them was the invitation to head up the Israeli team. The truth is, the head coach does much more than coach. Since we were starting a lacrosse program in Israel, which is an 11-hour plane ride from Boston, it wasn't easy to comprehend the commitment or the impact this journey would have on my life and those I have met since. The chance to work with youth in Israel, and grow not only the sport of lacrosse but help nurture and influence the lives of young men and women there, has made it even more satisfying."

"This opportunity did not come about simply because I was Jewish, or a lacrosse player at a great program, but because of the many mentors and role models I had in my life: my mother and father; my high school lacrosse coaches Daryl Stromberg and Hank Lunde, but most importantly, Paul Griffin, the men's lacrosse coach at RC who convinced me to come to school in Salem, Va. That decision had the greatest impact on my life. The guidance of Paul Griffin, and the friendships that were formed at Roanoke, have lasted over 37 years and have influenced and contributed positively to my personal and professional life."

"When I think about the work I'm doing with Team Israel, it is no different than coming to Roanoke College in 1973 to be a part of something bigger and unknown - something that resulted in watching and cheering for my lacrosse brethren in the National Lacrosse Championship in 1978. Roanoke College has been a place that changed my life, and is allowing me to change the lives of so many others in Israel, through a sport I love."