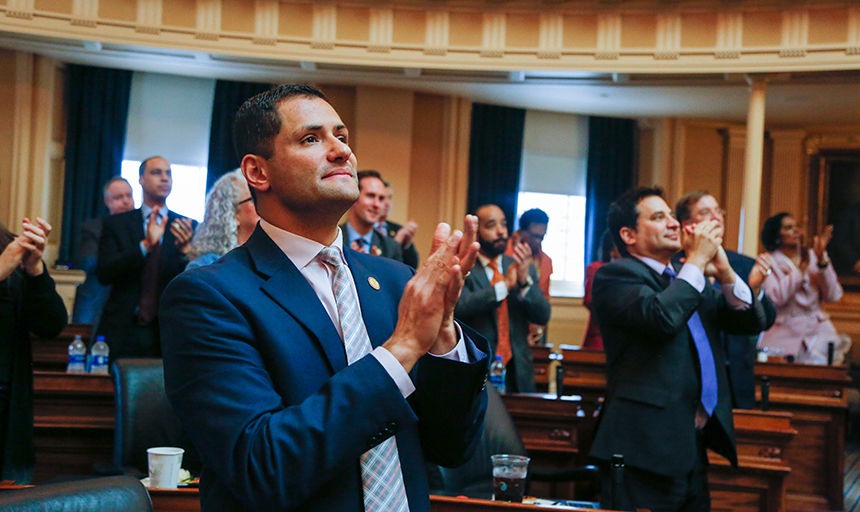 Rasoul at Va. General Assembly as it marks 400 years

The Virginia General Assembly is the oldest continuous law-making body in North America. It was established as the House of Burgesses in Jamestown in 1619. It was then and is now a legislative body comprised of “citizen legislators,” elected representatives that serve in a part-time capacity meeting full-time responsibilities.

When the General Assembly session gaveled on Jan. 9, 2019, marking 400 years since its establishment, one of Roanoke College’s own was on the floor as a member of this historic legislative body. A 2002 graduate of Roanoke College graduate, Rasoul has been a member of the House of Delegates since 2014, representing the 11th district (Roanoke area.) Rasoul, a Democrat, serves as the Minority Caucus Secretary.