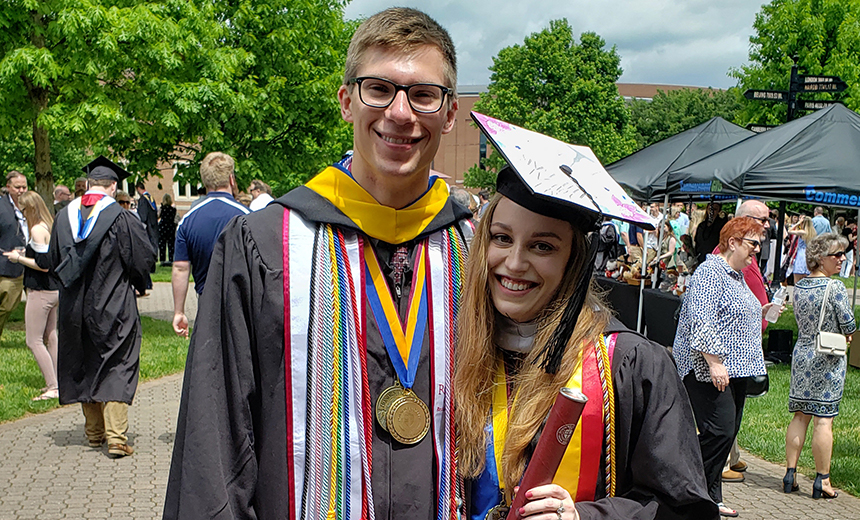 Two recent Roanoke College graduates have been accepted to professional programs at Harvard University.  Matthew Johnson, one of the valedictorians of the class of 2019, and Bekah Carey, a December 2018 graduate, are headed to Cambridge, Massachusetts in the fall.

Johnson, of Almond, New York, is a member of the Harvard Medical School class of 2023. He completed his degree in biochemistry and a dual concentration in neuroscience and health care delivery. Dr. Tim Johann told The Roanoke Times in May that Johnson stands out because “[he] is someone who takes advantage of opportunities and makes things happen.”

Carey, who is a Severna Park, Maryland native, will begin at Harvard Law School in the fall. She was a criminal justice and political science major. “Bekah is as an accomplished a student as I have had at Roanoke College,” says Dr. Todd Peppers, Henry H. & Trudye H. Fowler Professor in Public Affairs.