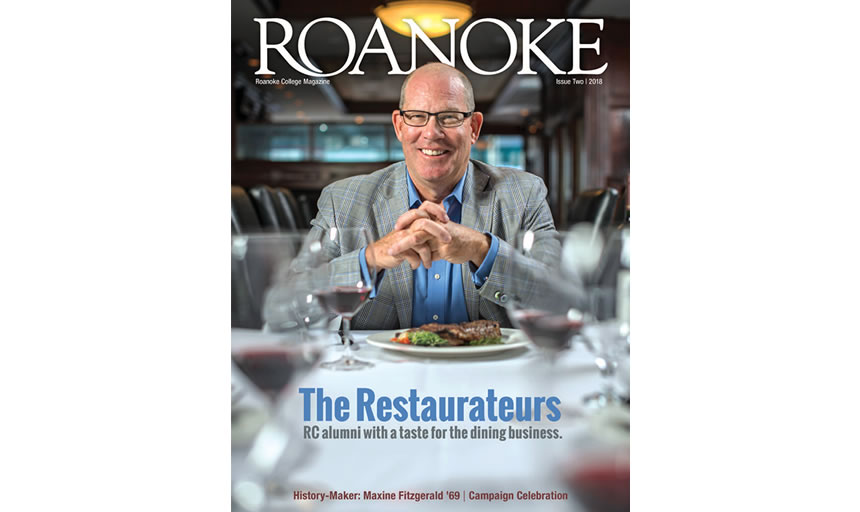 Owning and operating a restaurant sounds like such glamorous work. And at times, it can be, says a group of restaurateurs, all Roanoke College alumni, who are profiled in the upcoming issue of Roanoke magazine.

But it's hard work, this challenging business with lots of moving parts. Yet as these alumni - who collectively have more than 160 years in the restaurant business - tell us, it is as rewarding as it is challenging.

"There's two things they say," says Roger Neel '85, who owns and co-owns six restaurants in Virginia's Roanoke and New River valleys. "One thing they say is if you want to open up a restaurant, locate next to the busiest restaurant. The other thing they say is: You know how to make $1 million in the restaurant business? Start with $2 million."

Read more about how Neel got his start in the restaurant business and how the passion for preparing, serving and selling food propelled other Roanoke alumni to restaurant success. Also, read a compelling feature story about Maxine Fitzgerald '69, the first African-American to enroll at Roanoke as a full-time student. Read too, about the accomplishments of Roanoke's young swimming program, how Roanoke celebrated the close of its most successful campaign, and much more College news.