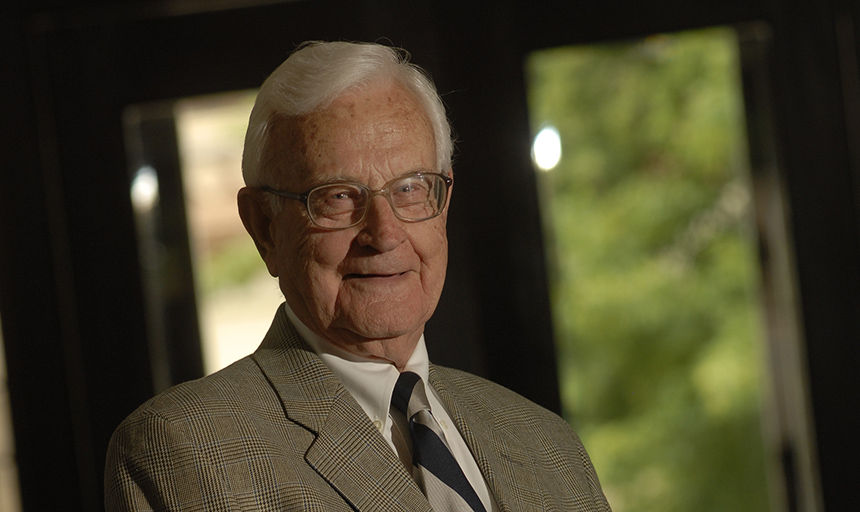 When Jack Wade ’70 enrolled at Roanoke College in the fall of 1966, he knew his parents, who had three other children, could not afford to help pay his tuition. Unable to secure a bank loan, Wade covered his first semester with a loan from his beloved grandparents, who lived within blocks of the College campus.

Wade credits Donald M. Sutton Sr., then dean of men and financial aid director, with securing resources such as grants and work-study jobs that allowed Wade to stay at Roanoke.

“Dean Sutton took care of me through those four years, and I love him for that,” Wade says. “If he hadn’t done that, I wouldn’t have been able to finish my education at Roanoke College, which helped me with the rest of my life.”

Like Wade, many Roanoke graduates recall the impact Sutton made on their academic experiences, whether helping them financially or guiding them as a mentor. In honor of their 50th reunion, members of the Class of 1970 decided to establish an endowed scholarship in honor of Sutton, who served in several administrative roles at Roanoke from 1956 to 1983, including as dean of students and director of alumni affairs. The Sutton Commons and Sutton Patio were named in his honor, and upon retirement, he was bestowed “honorary alumnus” status.

“Dean Sutton is the epitome of everything Roanoke College stands for, and I think of him as ‘Mr. Roanoke College’,” says Wade, who proposed the idea of naming the scholarship as a tribute to Sutton. “It seems fitting to honor him through a scholarship fund because he gave so much of himself to help students like me stay at Roanoke.”

“Don Sutton was an inspiration for students at Roanoke,” adds Nancy Fairbrother Councilor ’70, co-chair of the 50th reunion committee. “He was a role model for leadership and character with a wonderful ability to connect with students.”

Looking back on her years at Roanoke, Councilor recalls feeling that Roanoke was a safe and peaceful learning environment, at a time when college campuses across the country were dealing with violent protests related to the Vietnam War. Councilor and her husband — James A. Councilor III ’69, who co-chaired his 50th class reunion in 2019 — have enjoyed watching Roanoke’s growth and transformation over the years. They hope the Class of 1970 endowed scholarship will help Roanoke continue to attract top-notch students, regardless of their financial status.

“It means so much to think that we can help those who don’t have the financial means to attend Roanoke College, giving many of the opportunities we enjoyed,” Nancy Councilor says. “This type of scholarship enriches a school by helping to increase the diversity of the student body, so that not just privileged young people are able to attend. We thought that Dean Sutton would appreciate this effort to help students who wouldn’t otherwise be able to attend Roanoke College.”

“Dean Sutton took me under his wing and really helped me all the way through my time at Roanoke College. I would not have been able to finish my education at Roanoke if it hadn’t been for him. And a lot of Roanoke graduates can probably say the same thing.” 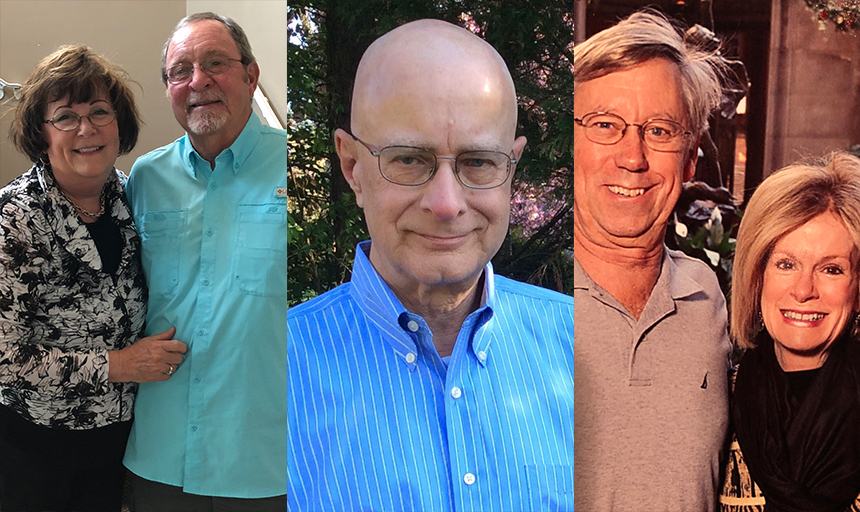 The Class of 1970 was looking forward to gathering on campus during Alumni Weekend 2020, which was scheduled for April 17-19. But as higher education institutions in Virginia and across the country suspended on-campus activities in the wake of the COVID-19 pandemic, the event was canceled. Instead, the Class of 1970 will celebrate their special milestone and be inducted into the Honor Guard in April 2021.

Mason Cauthorn ’70, co-chair of the 50th reunion committee, says he hopes the Class of 1970 will have the chance to personally thank Sutton, who is now 98 years old and living in Salem, when they gather next spring.

Cauthorn recalls Sutton as a strict disciplinarian who had high expectations of Roanoke students and who cared deeply for them all. Cauthorn grew up in Bath County near a boys’ summer camp that Sutton ran for a number of years, so the two made an instant connection once they met at Roanoke College.

Cauthorn says he is grateful for the financial aid the Roanoke legend was able to secure for him, as well as for his wife, Kathleen Downie Cauthorn ’70. The two married during their senior year at Roanoke.

“Dean Sutton took me under his wing and really helped me all the way through my time at Roanoke College,” Cauthorn says. “I would not have been able to finish my education at Roanoke if it hadn’t been for him. And a lot of Roanoke graduates can probably say the same thing.”

For more information about supporting the Donald M. Sutton Sr. endowed scholarship, created by the Class of 1970, please contact Director of Development Stephen A. Esworthy ’91, at (540) 375-2028 or esworthy@roanoke.edu. For more information about the endowed class gifts program, please contact Director of the Roanoke Fund Suzanne W. Hiner at (540) 375-2088 or hiner@roanoke.edu.