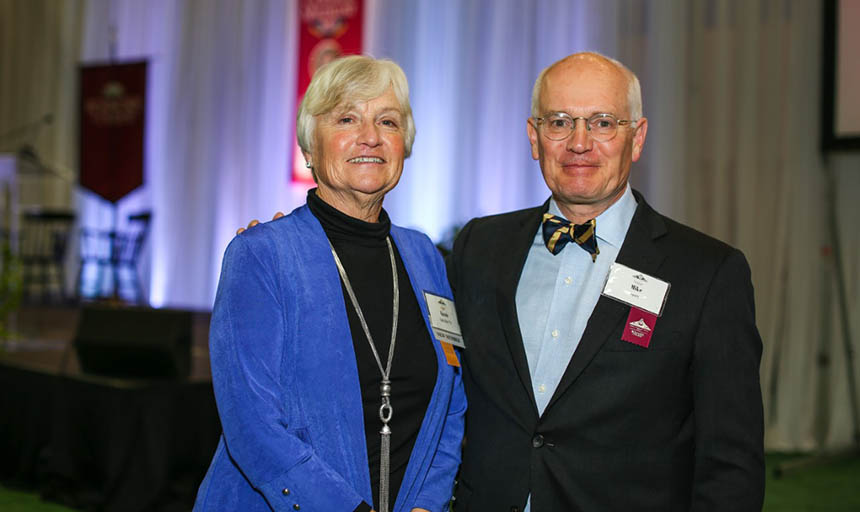 A highlight of Alumni Weekend 2019 was the presentation of the Roanoke College Alumni Medal to Carole Crotts Rich ’78. The College is honored to welcome Rich to the distinguished group of alumni who have received this award.

Rich was born in Salina, Kansas, and raised in Salem, Virginia, where she attended Andrew Lewis High School before enrolling at Roanoke. She graduated from the College with a degree in urban studies.

Following graduation, Rich was working locally as an assistant manager at Kroger when a former Roanoke College career placement staff member contacted her. He was employed by The Hershey Company at the time. While manufacturing was never really on Rich’s mind, her experience at Kroger—and his encouragement—led to a thirty-year career at the manufacturing company.

During her tenure, Rich served as a production planner and in various management positions in shipping, manufacturing and plant operations. She rose to manager of plant operations in Savanna, Georgia, and Dartmouth, Nova Scotia. At one point, she was the only female plant manager at Hershey Company. Later, she served as Director of Manufacturing and eventually Vice President of Manufacturing, Chocolate. Her reputation as a successful female leader in manufacturing led to recognition, not only among her colleagues, but also by Fortune Magazine (2000) and CBS Evening News (2001).

Rich attributes her success to several factors, including her liberal arts education, her mother’s example as a working woman, a supportive spouse and many mentors.

In her retirement, Rich lives in Aiken, South Carolina, where she has volunteered for The First Tee golf program and Habitat for Humanity Women Build. Rich has coupled mentoring with her love of golf to serve as a volunteer golf course rater and a board member of the Women’s Eastern Golf Association, a non-profit supporting amateur female golfers.

In 2005, Rich established the Doris B. Barba and Carl W. Crotts Scholarship at Roanoke College to provide scholarships to full-time students from the Roanoke Valley.

Roanoke College congratulates Rich and is honored to count such an exemplary businesswoman and community leader among its alumni ranks. 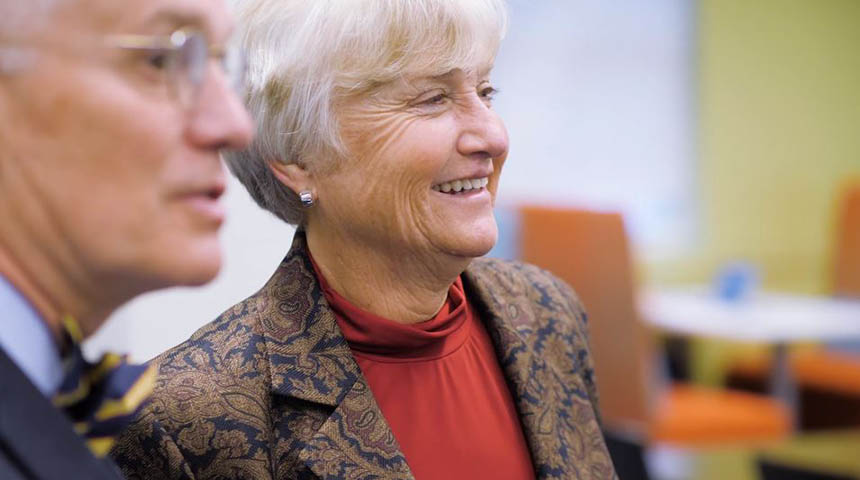