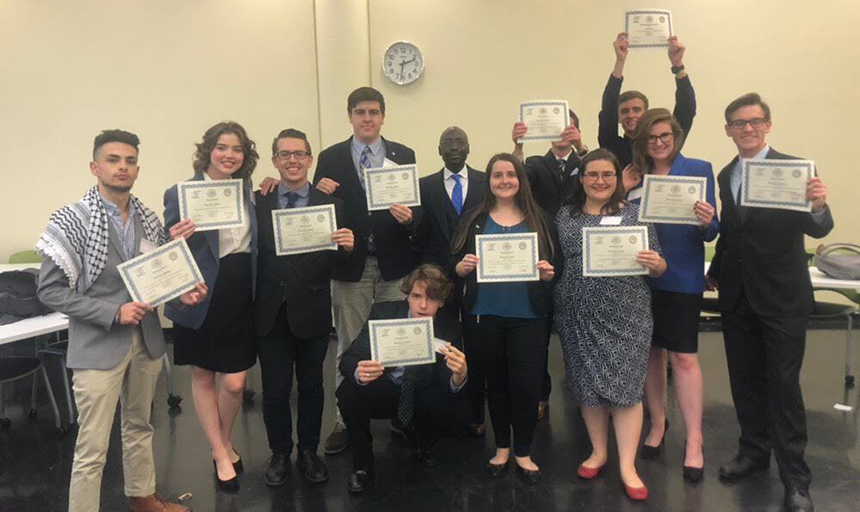 Congratulations to the Roanoke College students and their advisor, Dr. Joshua Rubongoya, professor of political science.

Model Arab League (MAL) is the National Council on U.S.-Arab Relations’ flagship student leadership development program. The Models are similar in organization and format to the older and more widely recognized Model United Nations (MUN), with its 193 member states. The MAL focuses only on the 22 member states that comprise the League of Arab States. Established in February 1945, and thereby pre-dating the founding of the United Nations, the Arab League is the world’s oldest regional political organization dedicated to, among other things, the diplomatic and peaceful settlement of disputes. MAL provides primarily American but also Arab and other international students opportunities to develop invaluable leadership skills. This incomparable opportunity allows emerging leaders to learn firsthand what it is like to put themselves in the shoes of real-life Arab diplomats and other foreign affairs practitioners.