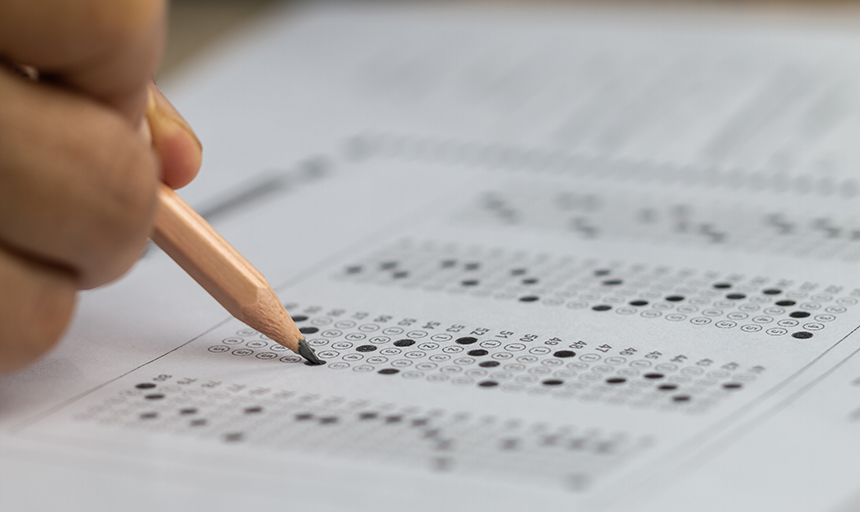 Roanoke College’s admissions decisions will continue to be holistic and based on students’ overall academic preparation.  Academic performance is the single best indicator of college academic success, and the College considers courses taken in high school, students’ high school grade point average and information about extracurricular activities, including service work, undertaken by applicants.

Students who have taken standardized tests such as the SAT or ACT may submit scores as part of their application. Those who choose not to submit test scores will not be penalized.

“After data proved that previously accepted students who chose not to submit their test scores were thriving at Roanoke, we made the decision to waive standardized tests completely.”

Over a decade ago, Roanoke College started giving high school applicants with a grade point average of 3.0 or higher the option not to submit standardized test scores. The Roanoke College admissions team has been tracking data related to admitted students who did not submit test scores in the past. Previously accepted students who chose not to submit their test scores have proven to be successful members of the Roanoke College community.  The successful data from previous applicants contributed to the admissions team’s approval of the test-optional policy.

“After data proved that previously accepted students who chose not to submit their test scores were thriving at Roanoke, we made the decision to waive standardized tests completely,” said Dr. Brenda Poggendorf, vice president for enrollment, and dean of admissions and financial aid at Roanoke College.  “We want to provide greater access to Roanoke College nationwide, and we want students to know that we believe they are much more than their test scores.”

Roanoke College is a selective college, according to U.S. News & World Report. Middle range GPA is 3.1 to 4.0. Successful candidates are required to have completed 18 academic courses in high school, including four in English, two each in social studies and lab sciences, at least two in foreign languages, plus geometry, and algebra I and  II.

Disclaimer: International and homeschooled students will still need to submit test scores with their application.