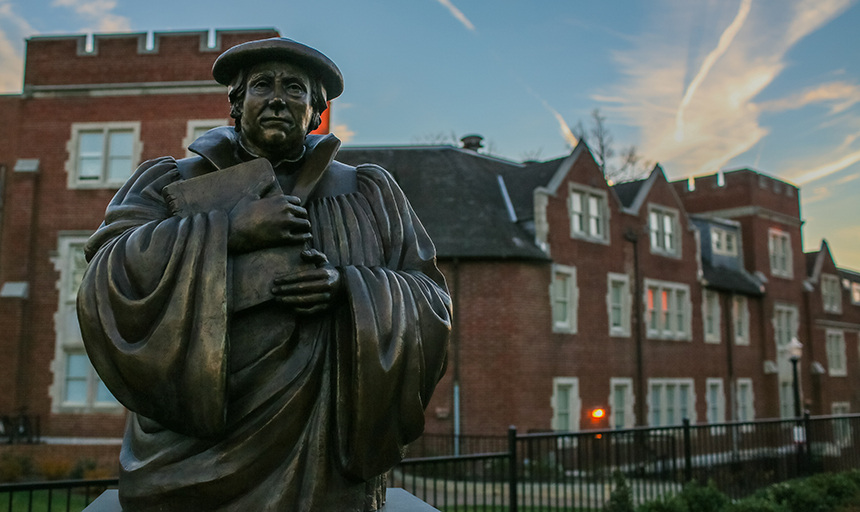 Roanoke celebrates the 500th Anniversary of the Reformation

Roanoke College has announced several special events in commemoration of the 500th anniversary of the Reformation and in coordination with the 175th anniversary of the college's founding. While there have been many events over the past year, there are a few upcoming events that coincide with reformation Sunday, which celebrates the posting of the Ninety-Five Theses by Martin Luther in 1517. The theses were a list of 95 questions and propositions for debate in the church. He nailed these 95 theses to the door of the Wittenberg Castle Church.

An off-campus event will occur on Sunday, October 29th, Reformation Sunday, the Roanoke College Choir will be performing as part of their Mighty Fortress Tour at the Washington National Cathedral in Washington, D.C. This is part a larger event hosted by the Evangelical Lutheran Church in America. A vide of the service and the choir's performance can be seen on the Washington National Cathedral YouTube channel.

On the 500th anniversary of the Reformation, October 31st, a reenactment of the beginning of the Lutheran Reformation will take place on campus. Dr. Joseph Blaha will lead A Wittenberg Happening, which will begin in the outdoor area surrounded by Clay Street, High Street, Lucas Hall, Alumni Gym and Colket Center and will then move to the Olin Hall Courtyard.

The public is invited to attend either of these events.