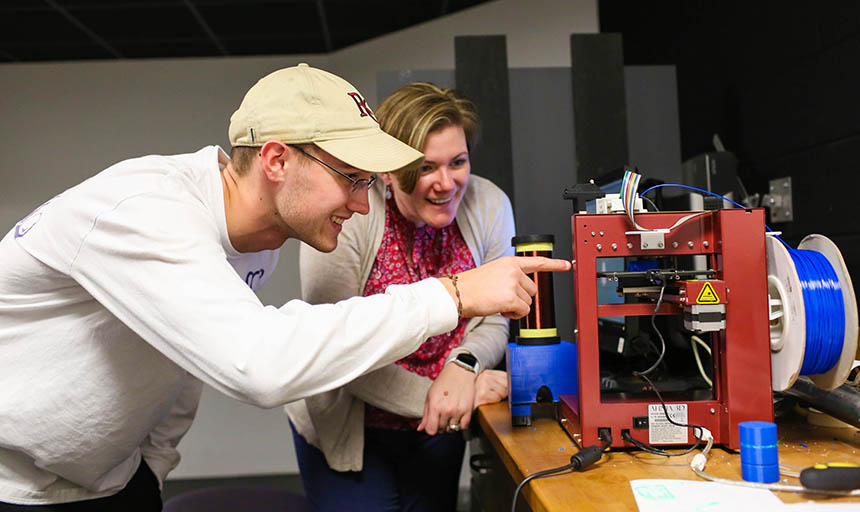 William Lambert, a double major in physics in math, has been working with Dr. Saoub to improve the efficiency of 3D printing. During a physics research project, Lambert noticed that the way the 3D printer was running could be improved. He came to Dr. Saoub, a professor of graph theory, with the idea and the two began their research. "This project has allowed me to broaden my horizons on what research is able to look like," says Lambert. "I was able to come up with my own project and explore something that really captured my attention."