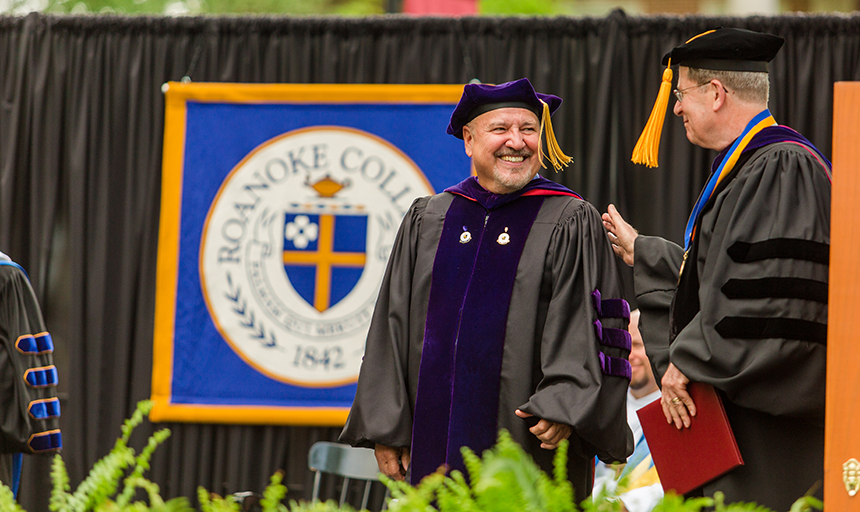 The medal is named after Roanoke's longest-serving faculty member, Dr. Simon Carson Wells, who taught mathematics and natural science on the faculty from 1849 until his death in 1900. Likewise, Heller and Nazemi have served the College for decades; each has been teaching at Roanoke for 31 years. 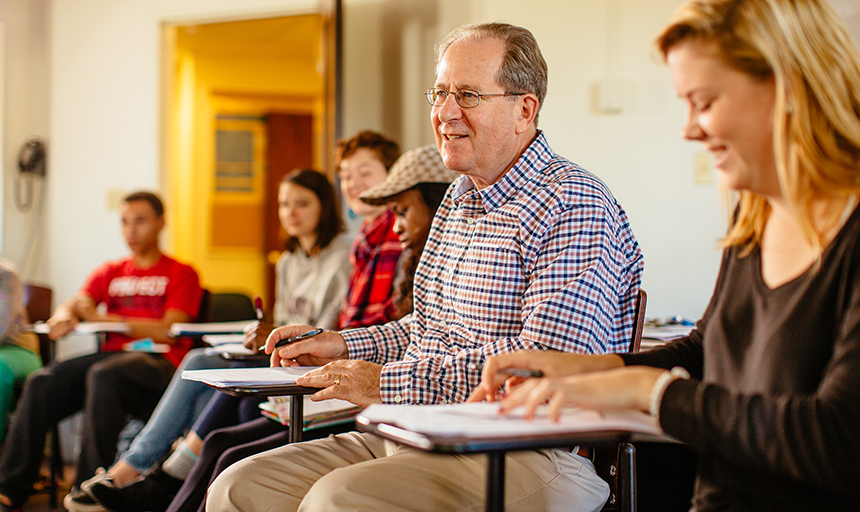 From West Point to Quakerism to Roanoke

Heller earned his B.S. in general engineering from West Point, an M.A. in American Literature from George Washington University, and a Ph.D. in English from Arizona State University. He spent his entire subsequent career at Roanoke.

Heller’s particular teaching interests include the spiritual journey of John Woolman, the nonviolence of Gandhi, the riches of American literature, and, especially, teaching students that paying attention to and writing from their authentic selves can change their lives.

Heller regularly took students to the Spring Lobby Weekend organized by the Friends Committee on National Legislation in order to introduce them to pressing issues ranging from immigration to healthcare, and to help them gain a deeper understanding of how democracy operates. He also took students to India three times to study Gandhi and Indian culture, and to England and Scotland twice to study Romanticism.

He spearheaded the development of the College’s peace and justice studies concentration and tirelessly advocated for and led it. He is the author of From West Point to Quakerism, his personal story journey from Army captain to peace and justice advocate.

He also has published more than 25 articles and book chapters, two edited volumes of John Woolman, one edited volume of Gandhi, as well as poetry. He has been a guest speaker, panelist and lecturer locally, nationally and internationally, and he is the recipient of numerous grants and fellowships for his work on John Woolman and nonviolence.

Heller served as a department chair and helped guide the English department as it grew and evolved during his tenure. He served on a variety of faculty committees and student groups, and as a reader and supervisor for more than 30 independent study projects, honors projects, honors in the major projects, and honors distinction projects. 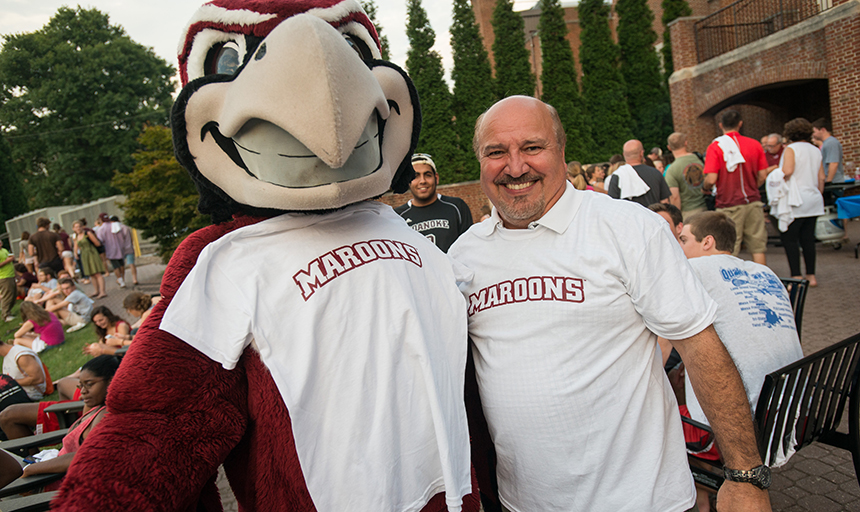 Nazemi holds a B.S. in electrical engineering from the University of Illinois and an M.S.E.E., an M.S.E.M., an MBA and a Ph.D. from the Florida Institute of Technology. Prior to coming to Roanoke, he taught at FIT and was employed by Computron, Computer Systems and American Pioneer Asset Management, Inc.

He has served Roanoke as professor of information system, as chair of the business administration and economics department, and as the director of The Management Institute, a management education program developed by the College to meet the management training needs of the Roanoke Valley community. He is a researcher, an author and a presenter of a wide variety of topics in his fields of expertise.

During his tenure, Nazemi taught over 3,600 students in over 170 courses. He developed a major in computer information systems, a concentration in business information systems and nine courses. He also has conducted numerous workshops on business process reengineering, team building, organization dynamics, corporate change and creative problem solving.

Nazemi has shown his concern for all aspects of his students’ learning and is well known for sharing his “Life Lessons” in class, including advice about friendships and spending habits.

One memorable staged lesson was every professor’s dream about dealing with classroom cell phone use. The story, which happened more than once, was recounted in a 2007 New York Times article about teachers and technology.

Halfway through the semester in his market research course at Roanoke College last fall, only moments after announcing a policy of zero tolerance for cellphone use in the classroom, Prof. Ali Nazemi heard a telltale ring. Then he spotted a young man named Neil Noland fumbling with his phone, trying to turn it off before being caught.

“Neil, can I see that phone?” Professor Nazemi said, more in a command than a question. The student surrendered it. Professor Nazemi opened his briefcase, produced a hammer and proceeded to smash the offending device. Throughout the classroom, student faces went ashen.

“How am I going to call my Mom now?” Neil asked. As Professor Nazemi refused to answer, a classmate offered, “Dude, you can sue.”

Let’s be clear about one thing. Ali Nazemi is a hero. Ali Nazemi deserves the Presidential Medal of Freedom.

Let’s be clear about another thing. The episode in his classroom had been plotted and scripted ahead of time, with Neil Noland part of the charade all along. The phone was an extra of his mother’s, its service contract long expired.

Nazemi was very involved on campus and served on many committees at the College. He has also been very active in professional development and community organizations.

Roanoke College thanks Dr. Michael Heller and Dr. Ali Nazemi for their devoted years of service and wishes them the best in their retirement.