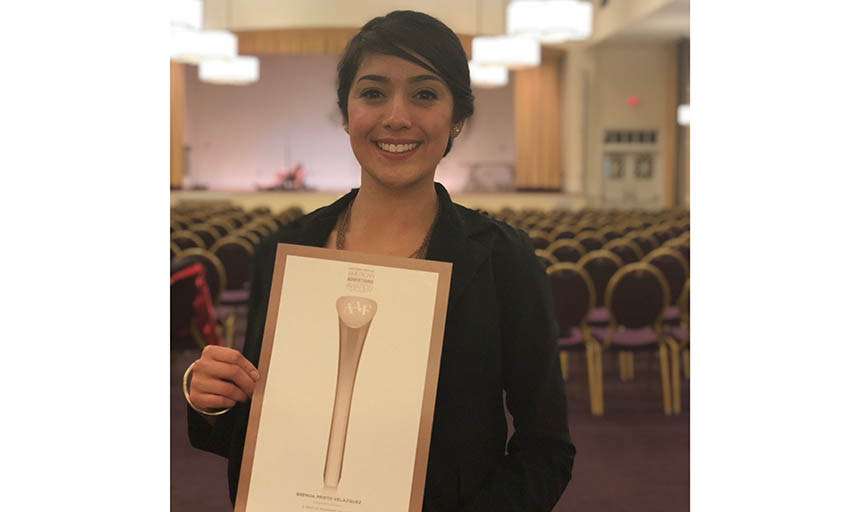 Brenda Prieto-Velazquez '17 is the recipient of a gold student ADDY award for a video she did focusing on student life at Roanoke College, both extracurricular and academic. The video featured clips from chemistry demonstrations, Outdoor Adventures outings and Greek life events.

Steve Mason also won an ADDY for his video of the Cregger center. The reception was held on Saturday, February 24, at the Historic City Market Building in Downtown Roanoke.