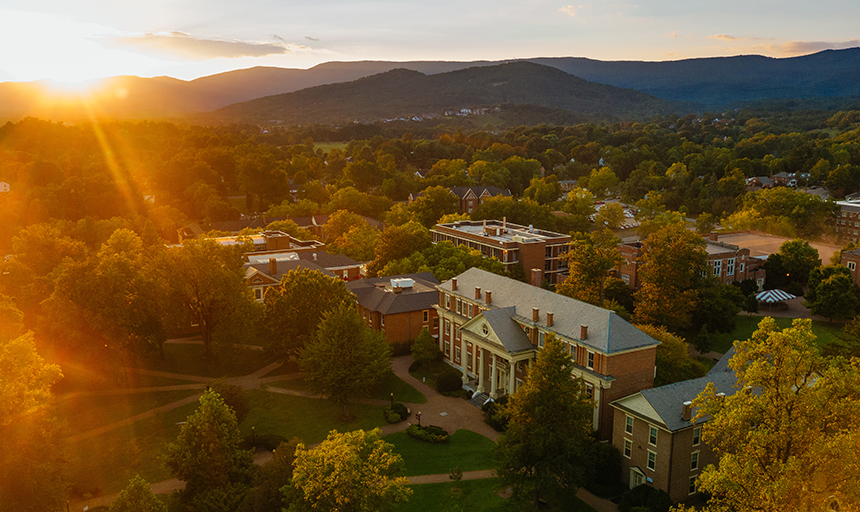 On Oct. 26, Roanoke College announced the record breaking conclusion of its Roanoke Rising Campaign. The campaign, publicly launched in April 2013 with a goal of $200 million, concluded having raised a total of $204,047,431.

This total makes Roanoke Rising the largest campaign in the College’s 176-year history.

More than 28,000 donors contributed to the campaign, coming from all 50 states, Washington, D.C., Puerto Rico, and the U.S. Virgin Islands, as well as 35 other countries. Roanoke alumni made up more than 40 percent of the donors to the campaign, with 26 percent coming from parents of Roanoke students and the remainder from corporations, foundations and friends of the College.

Roanoke Rising transformed the College campus. A new athletic and academic complex, the Morris M. Cregger Center, opened in 2016. Named for Morris M. Cregger ’64, chair of the Roanoke College Board of Trustees and a member of College’s Athletic Hall of Fame. Cregger was a four-sport letterman who grew up in the Roanoke Valley. He is now the CEO of a Columbia, South Carolina-based plumbing supply company.

The Cregger Center is the academic home of the Health and Human Performance Department. More than 200 students major in Health and Exercise Science, Sports Management, Health and Physical Education and Athletic Training.

In addition to Roanoke College athletic events, the Cregger Center, Kerr-Cregger Fieldhouse  and Kerr Stadium have hosted NCAA championships with the City of Salem, as well as Virginia High School League events and events for high schools and conferences from across the region.

Roanoke’s athletic quad was further developed as the Maroon Athletic Quad, an outdoor quadrangle landscaped as a gathering place for Roanoke students. “The MAQ,” as students call the space, is located in the proximity of the Cregger Center, Kerr Stadium, several residence halls and the Colket Center, the College’s student center.

Outside the Cregger Center, Luther Plaza was created as a gathering space at the Peery Drive entrance to campus. Luther Plaza pays tribute to Roanoke’s heritage as the second-oldest Lutheran college in America. The plaza features a bronze sculpture of Martin Luther, created by Betty and Polly Branch, mother and daughter sculptors. Luther Plaza and the Martin Luther statue were dedicated in 2016, just prior to the 500th anniversary of the Lutheran Reformation.

New residential spaces for students were added with the construction of New Hall, which replaced Bowman, an older residence hall removed for the Cregger construction. The Wortmann Complex, a three building residence hall complex on Market Street, was renovated and expanded.

Roanoke’s Fintel Library was remodeled to include new computer spaces, interactive meeting spaces and a coffee shop. Fintel Library is now a major gathering spot on campus for students as well as faculty and staff.

Antrim Chapel was updated with a more modern and inviting entrance. The chapel now features the Bittle Tree of Life Cross, made of wood from Roanoke’s historic Bittle Tree. The tree planted by Roanoke’s founder, Dr. David Bittle, more than a century ago, was removed in 2014 for safety reasons.

Roanoke Rising was not solely about new buildings and new spaces on the Roanoke College campus. Much of the campaign supported academic programs. Today, 94 percent of Roanoke students engage in some type of experiential learning such as study away, internships, research projects, published work and conference presentations. Most students gain five such experiences during their time at Roanoke.

Other new programs, such as the Joanne Leonhardt Cassullo Center for Art, support artistic endeavors across the campus. Two new natural art installations include the Tree of 40 Fruit and a large scale topiary of Rooney, Roanoke’s hawk mascot, who overlooks the Maroon Athletic Quad. The Leonhardt Cassullo Center also supports art programs in Olin Gallery, such as the recent community art project, Paper Blooms.

Hundreds of scholarships and program endowments were created , including the Shirley C. and Donald E. Morel MD Dean's Chair, a position held by Dr. Richard Smith, vice president for Academic Affairs and dean of the College.

Roanoke’s academic offerings were expanded during Roanoke Rising as well. Four new academic majors were created, along with nine new minors and concentrations.

National scholarships have been an academic focus for Roanoke College. Roanoke students have received 15 Fulbright scholarships over the past five years, resulting in Roanoke being named a Top Fulbright producing institution by the Chronicle of Higher Education in 2018. Roanoke students also have been Gilman Scholars, Goldwater Scholars, as well as Rhodes Scholar finalists.

Roanoke College helps students find, build and live their passion. Roanoke College is a place where students learn from an innovative core curriculum and specialize in majors that allow for depth of study and research. It is a place where virtually all students participate in internships, creative projects, research, community service or study away. Roanoke is one of just seven percent of colleges nationwide with a chapter of Phi Beta Kappa, the nation's oldest and most prestigious honor society.