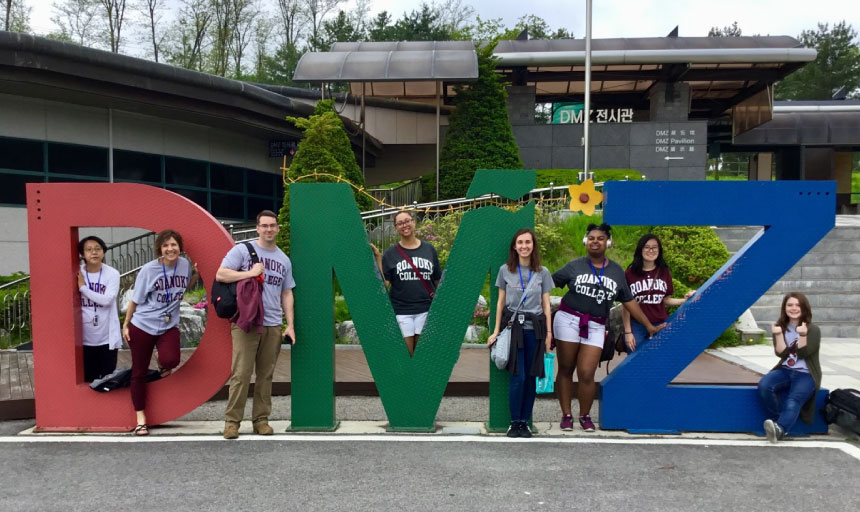 Anna Ford is a senior international relations major from Hampton, Virginia. She was one of six students who joined Dr. Whitney Leeson and Dr. Stella Xu in South Korea this May to conduct three weeks of intensive field research related to the overarching theme of North Korean refugees in South Korea.

The trip was made possible thanks to the ASIANetwork Fellowship Award. Roanoke College was one of eight schools nationwide to receive the 2018 award.

First, I would like to say thank you to ASIANetwork for making this trip possible, and for Dr. Xu and Dr. Leeson for making this research doable. With their guidance and mentoring, each of the other students and I further developed our research goals and successfully dealt with any changes to our schedule or plan. In the three weeks we had in Seoul, South Korea, we learned more about North Koreans, Korean society, media representations, inter-culture marriage, and education of refugees than we initially hoped.

As a group, we explored various elements of North Korean refugees' transition upon arrival in South Korea, and the difficult process of assimilation they all face. Personally, I studied South Korean perceptions of North Koreans living in South Korea and compared these perceptions to modern films to find similarities. During group interviews with NGO leaders, university students, and North and South Koreans, I learned about films I would not have considered if I had remained in the United States.

Being in South Korea physically allowed all of us to experience the culture intimately as we engaged with locals in our living space, daily outings, and research. Without total immersion in country, I think our team would not have reached the level of comprehension of Korean culture that we have now. In-the-field work helped bring our stories of their stories to life.

It is no understatement to say that this summer in Korea changed my life in ways I never anticipated when starting this research process.

“In the three weeks we had in Seoul, South Korea, we learned more about North Koreans, Korean society, media representations, inter-culture marriage, and education of refugees than we initially hoped. ”

One of my favorite activities was simply interacting with local students and professors from the various universities we worked with. Often, we ate with them and shared about little differences we noticed in our culture and theirs: like the fact that their pizza tasted sweeter and Koreans generally ate their pizza with pickles. This was also a highlight for me: meeting some North Korean high school, college, and graduate level students living in South Korea.

At the end of our journey, their stories and their lives were what impacted us the most. I can still picture the boy I met in the high school for North Koreans, though we couldn't communicate well with words, he displayed his openness and love for movies with simple hand gestures and phrases like "Spider-Man" or "Black Panther".

Throughout this academic year, we will continue using the data we collected to further develop our report, eventually sharing our findings through a conference presentation in San Diego this upcoming May. Moving forward, I realize that the skills I acquired preparing for and being in South Korea have given me a new drive to continue research in East Asia.

I am currently applying for a Fulbright Study/Research Award to Japan to continue examining the relationship between these East Asian countries and the U.S. After the Fulbright, I would like to attend graduate school abroad and continue researching these cultures with hopes that my knowledge will develop further and provide valuable information to policy makers working in the field. 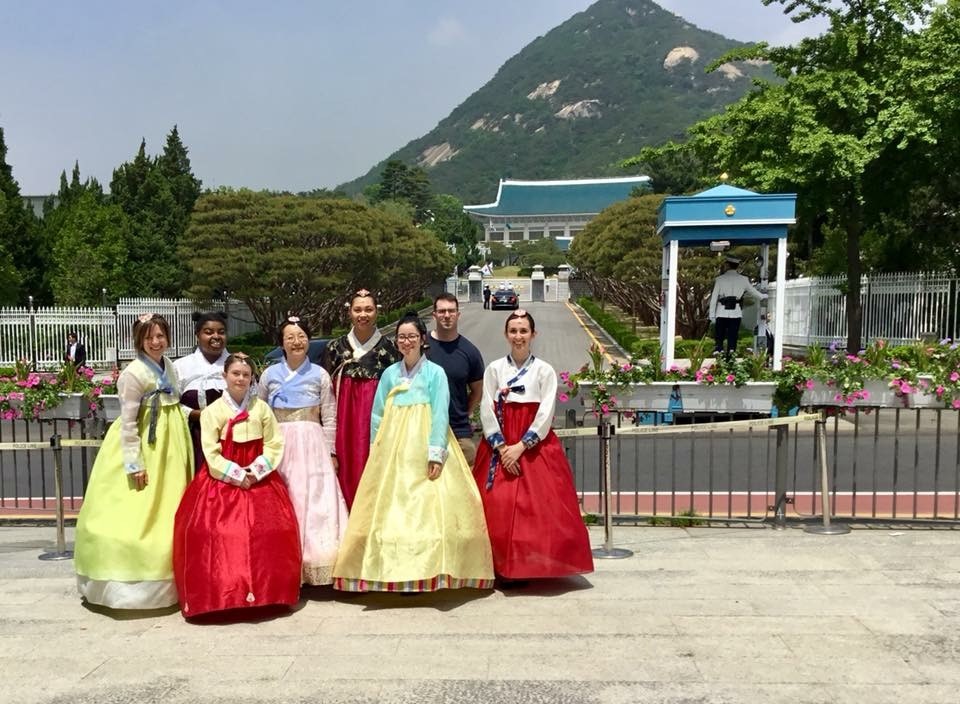 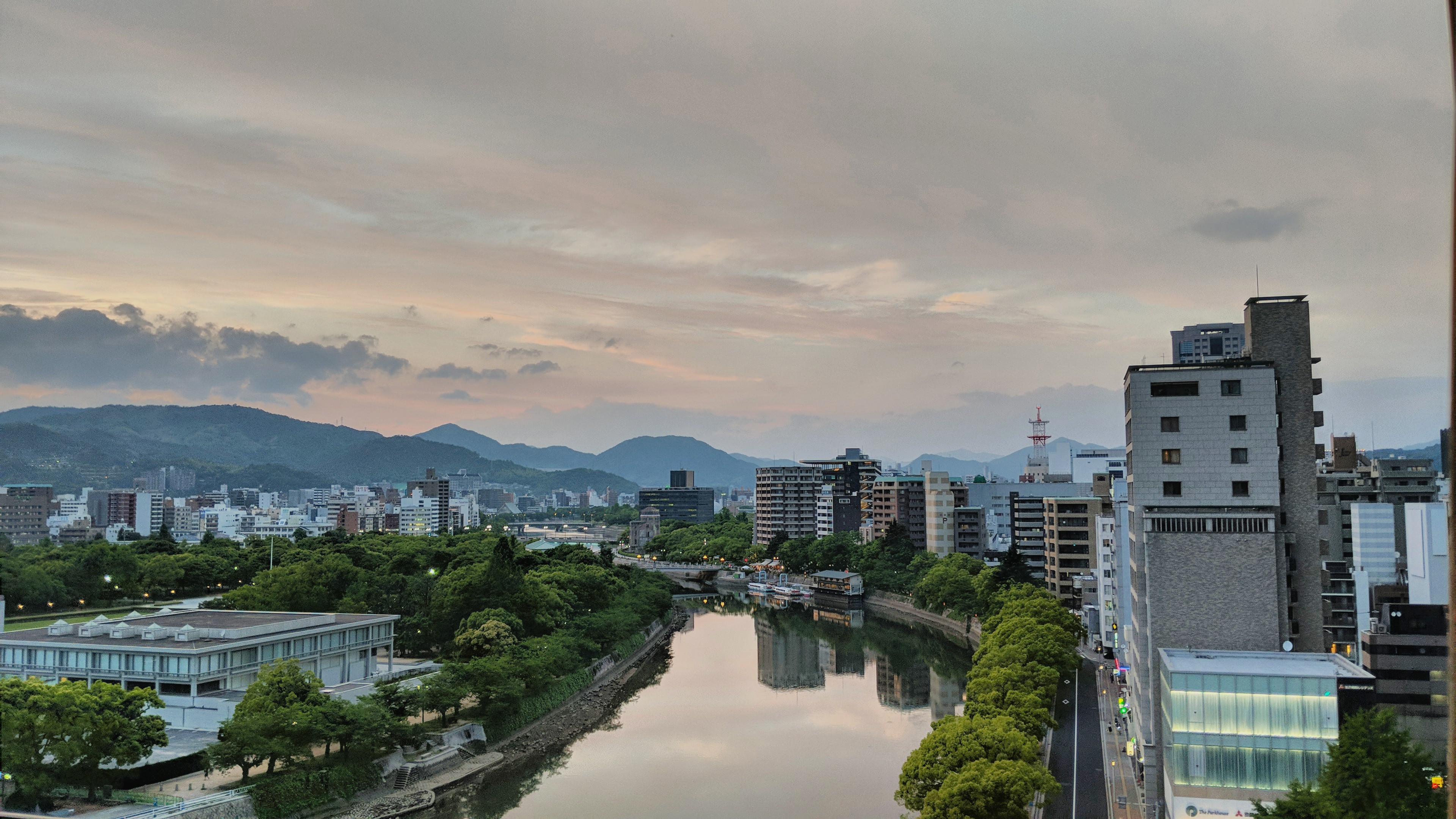 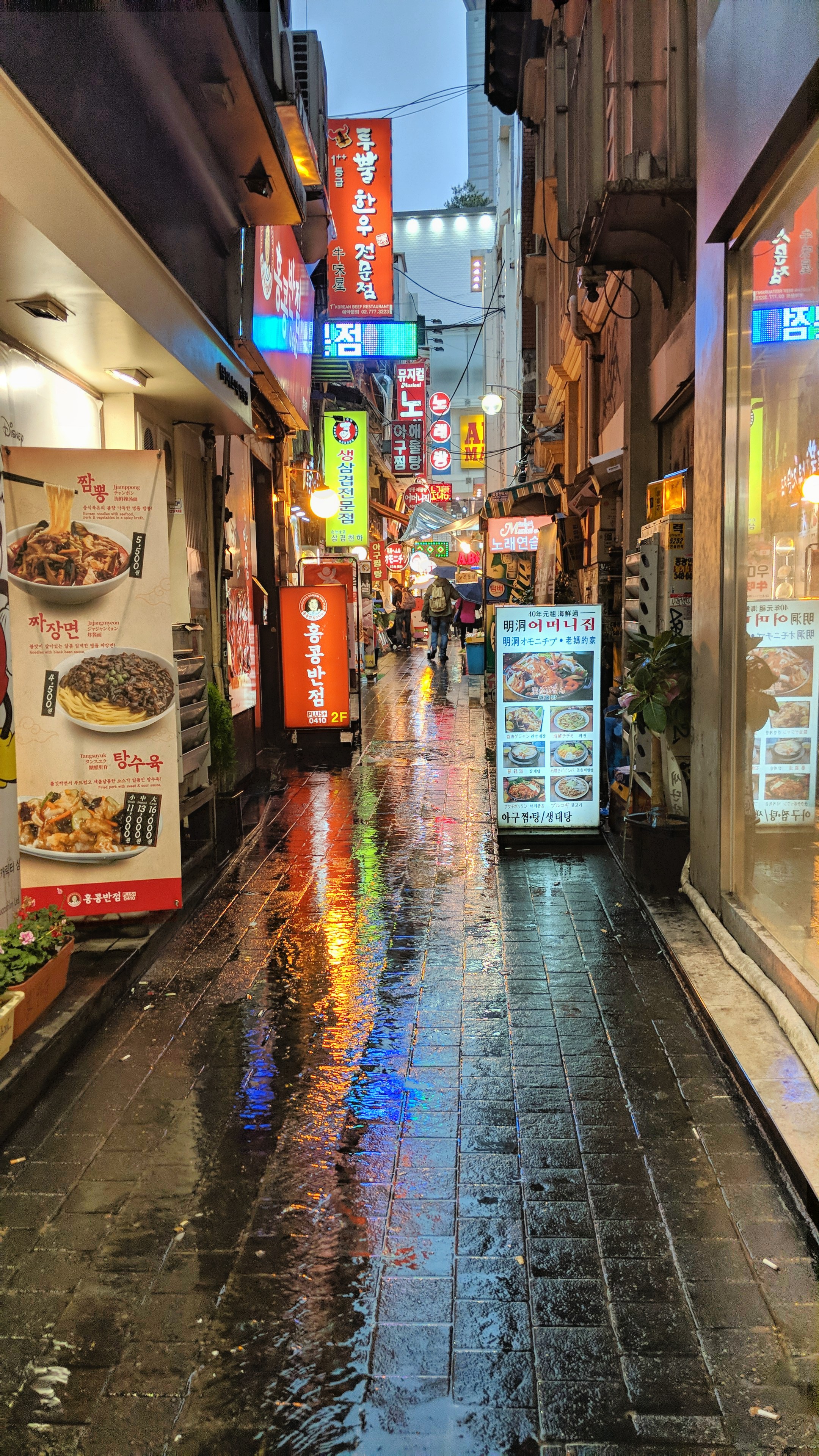 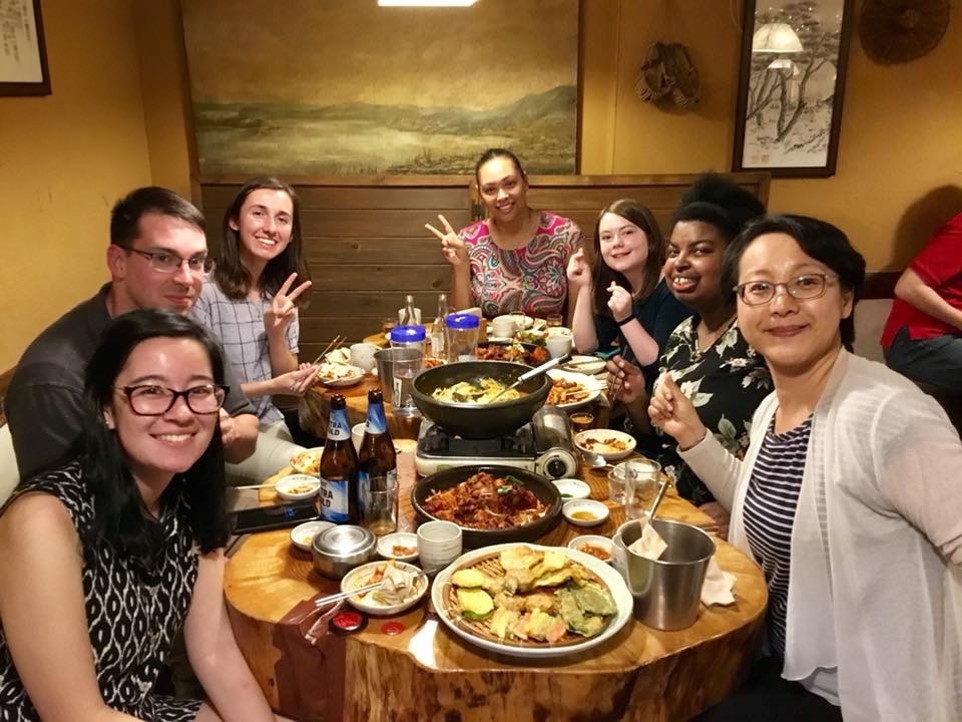 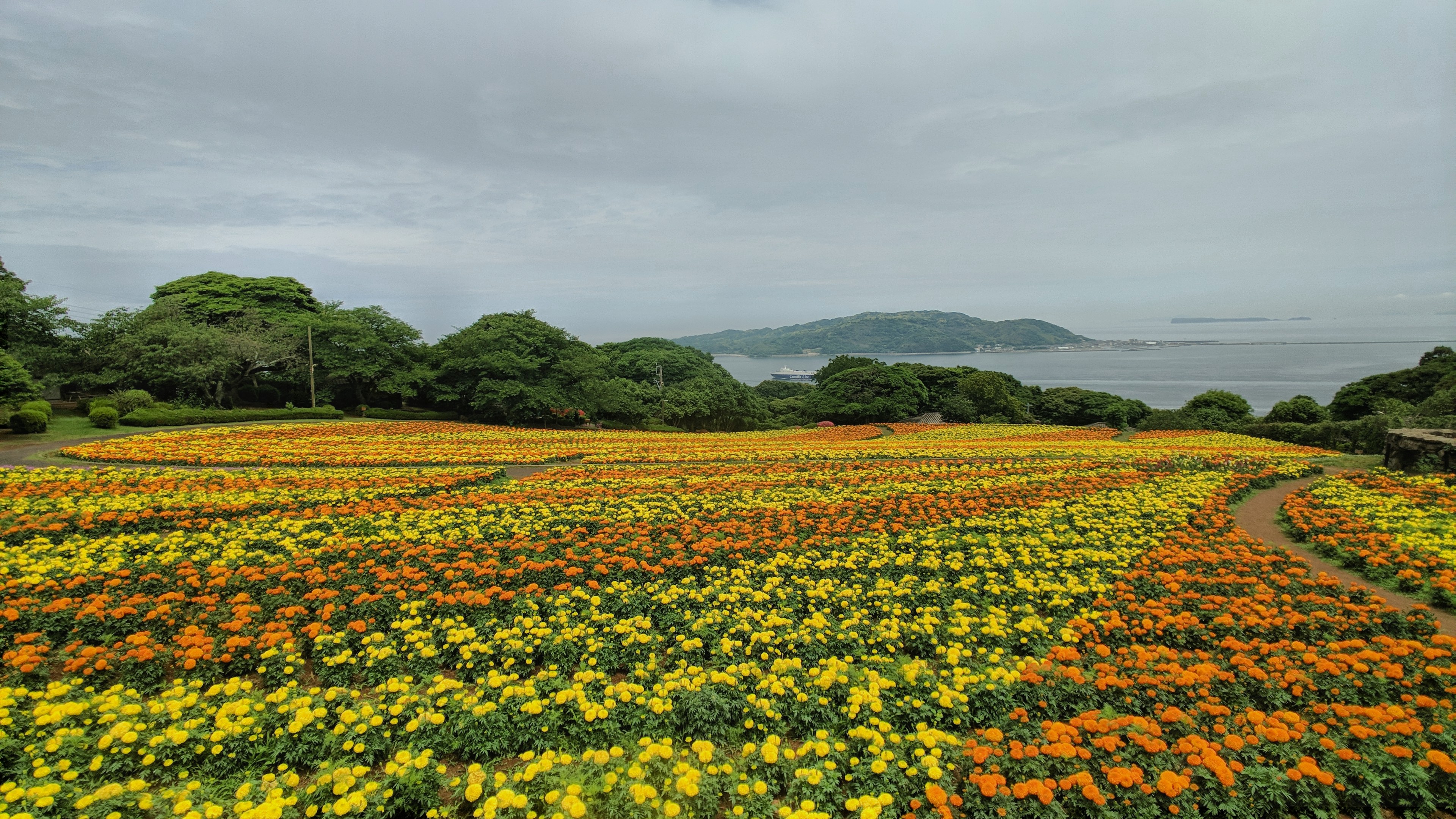 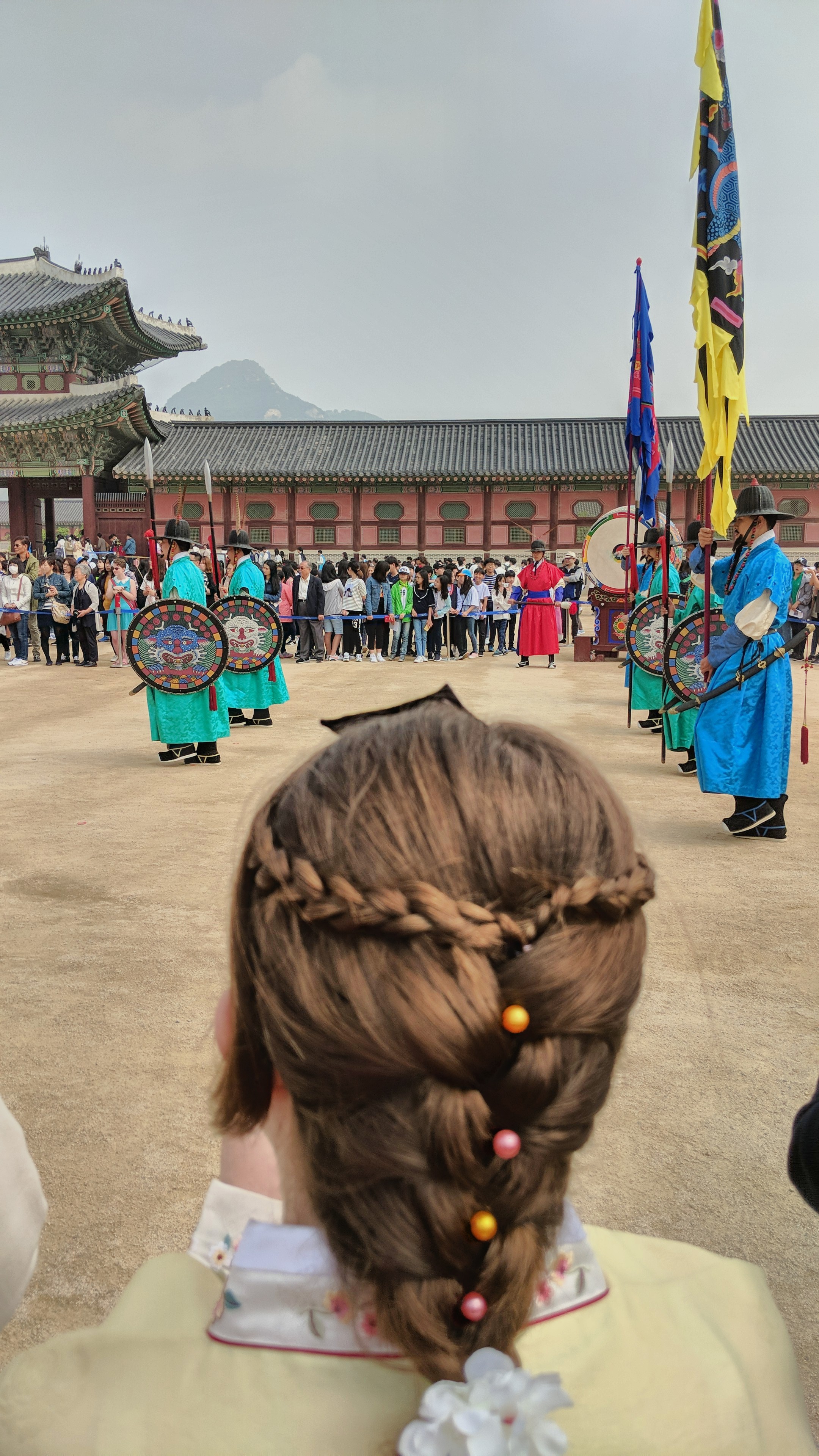 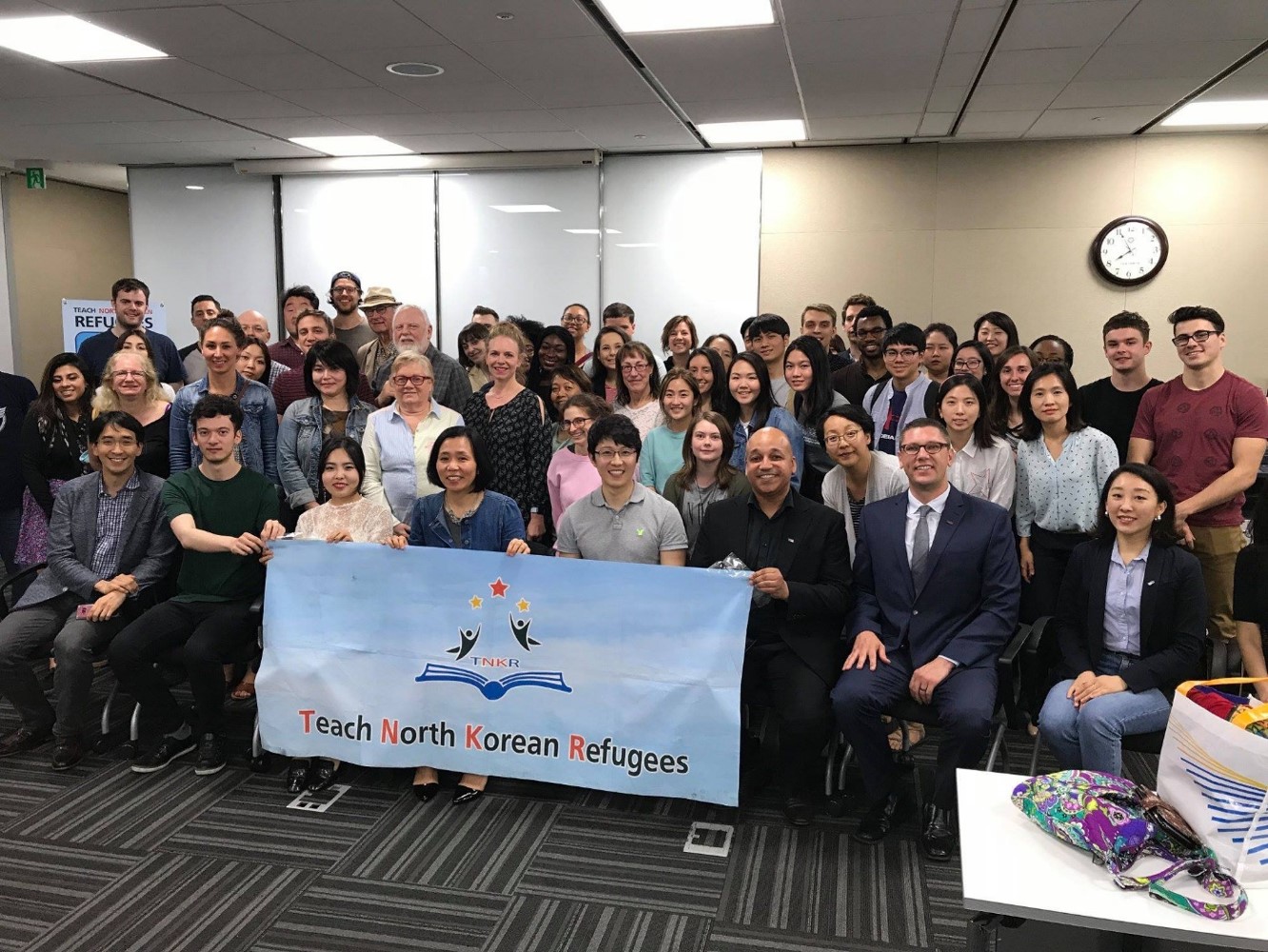 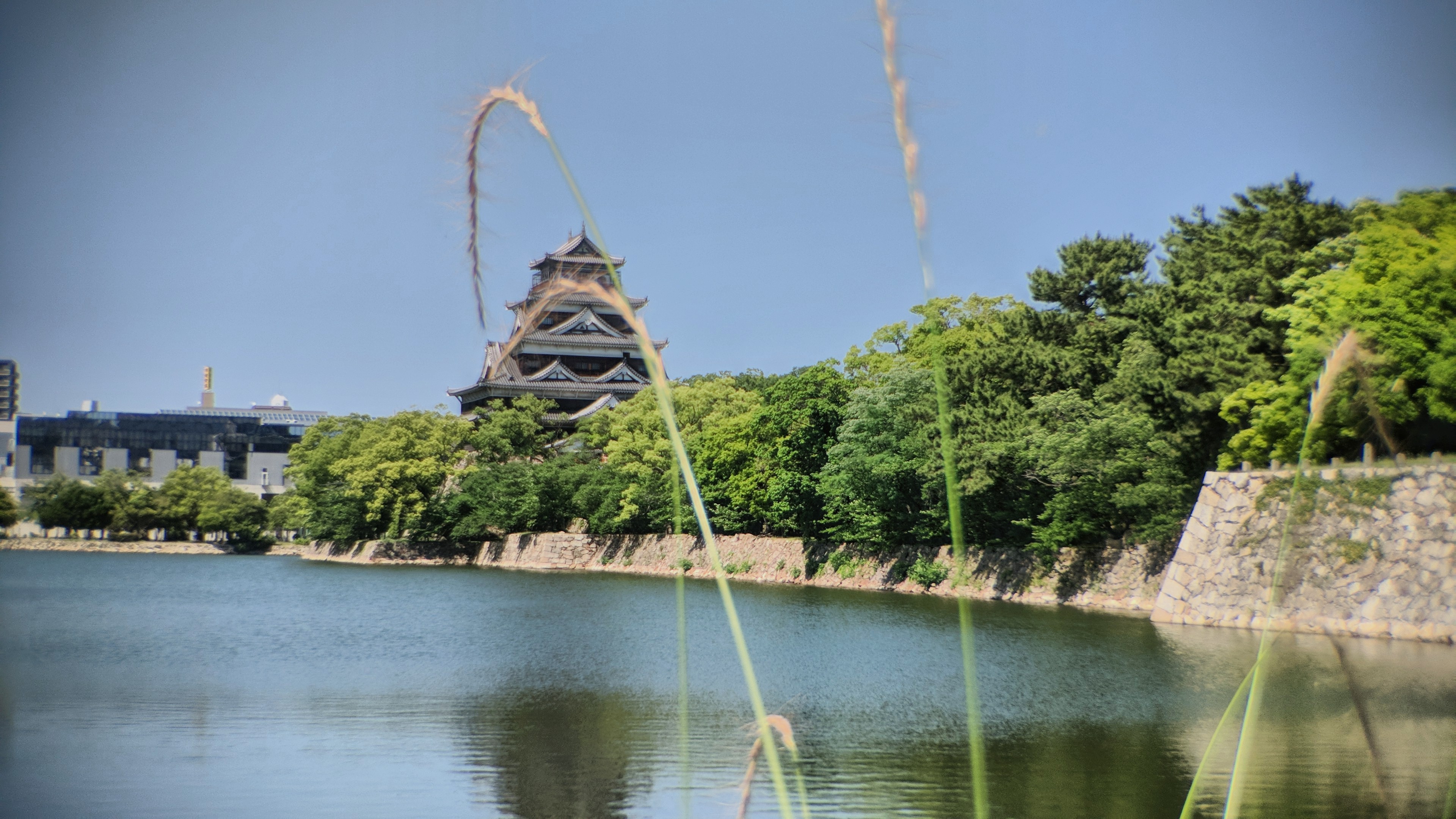 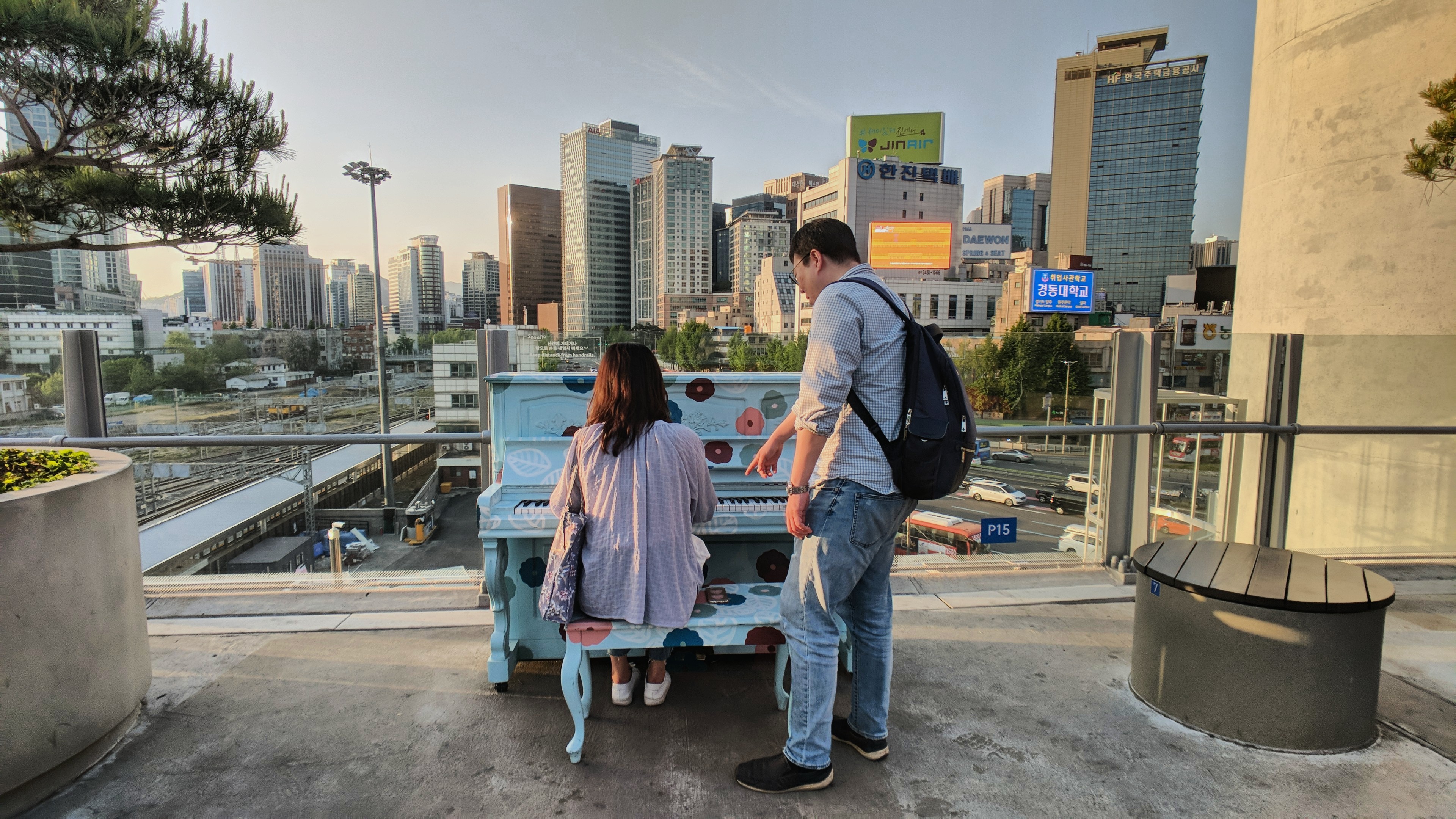 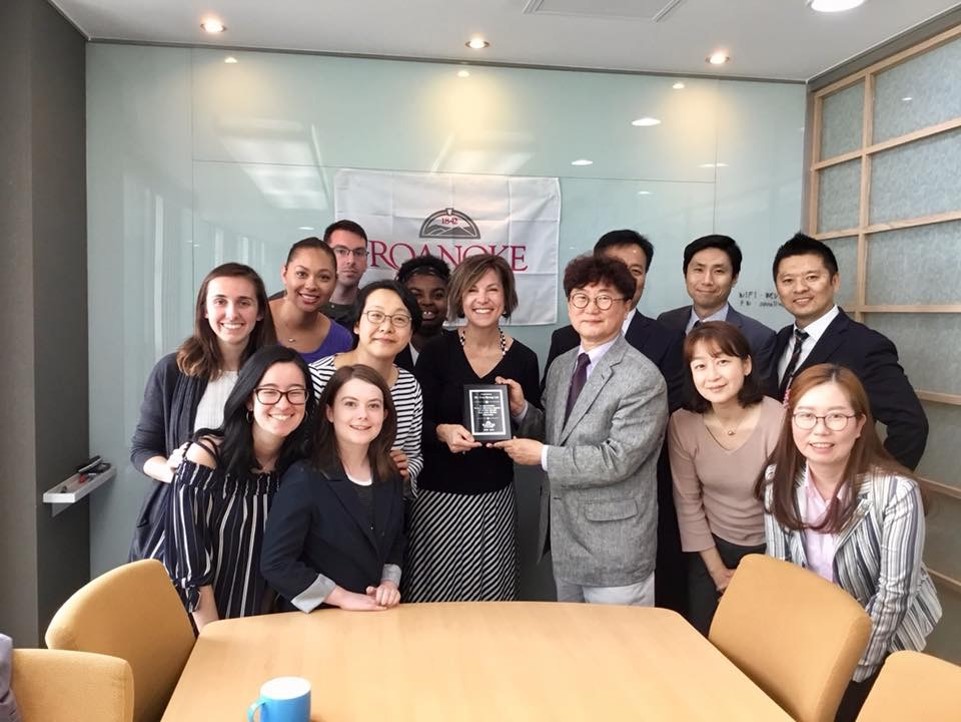 A collection of photos from the ASIANetwork Fellowship trip to South Korea, May 2018. Photos from Dr. Stella Xu and Alex Pelletier '19.