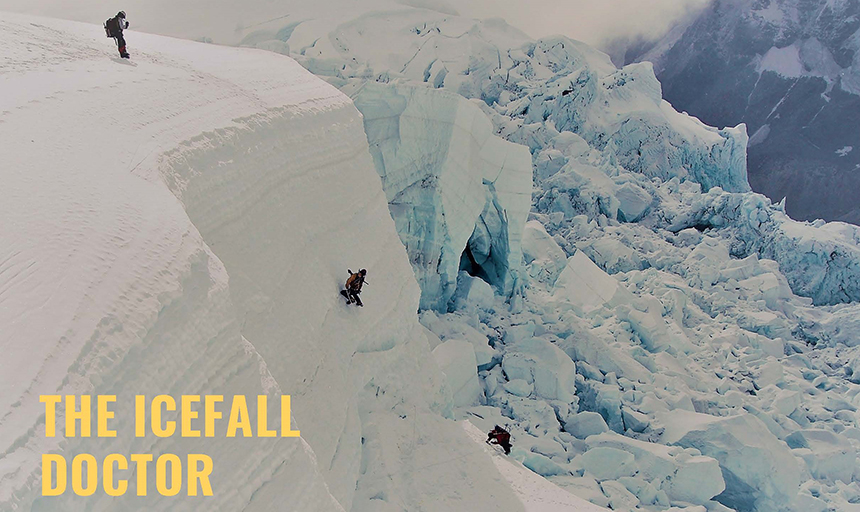 In 2003, he became the first Virginian to summit Mount Everest. He has eight world records, setting one most recently in 2016 when he finished his 31st ascent of previously unclimbed Himalayan mountains.

“I'm just kind of like, ‘All right, well, if someone else out there can do it, why can't I?’ I think that should be the case with any person and with any goal they have,” Burch said.

That attitude has led Burch to his newest endeavor — producing a trilogy of documentaries inspired by his experiences on Mount Everest. The first film, “The Icefall Doctor,” is out now and is being shown at various film festivals around the world.

“The Icefall Doctor” was filmed over the course of 10 years, focused on a group of Sherpas known as “icefall doctors.” Sherpas are an ethnic group in Nepal who are renowned for their climbing skills and endurance. A group of Sherpas take on the job of building and maintaining the route through the most treacherous part of the mountain — the Khumbu Icefall, a huge landscape of ice at the base of a glacier that is always moving.

The film specifically follows the late Angnima Sherpa, who was the original “icefall doctor.”

“I'm just kind of like, "All right, well, if someone else out there can do it, why can't I?" I think that should be the case with any person and with any goal they have.”

Burch said the goal is for the movie to eventually be featured on streaming services to spread the story of the icefall doctors and to raise money to rebuild Angnima’s house, where Angnima’s son, Tshiring Dorjee Sherpa, lives.

“Any kind of money I ever make from any of this hopefully can go and fix up the house because it's in shambles and [Tshiring] lives there by himself,” Burch said. “Hopefully we can do that. A little money can go a long way there.”

The second movie Burch is working on will be titled “Everest. Avalanche. Repeat.” and will be more focused on how climate change is affecting the mountain and the region. The third, which does not have a title yet, will focus on Angnima’s widow, Samdo, and her transition to becoming a nun.

Burch, who lives in Northern Virginia, has maintained a close relationship with Roanoke College over the years. He even named a peak in Mongolia after Roanoke College in 2014.

“It's definitely a special place,” Burch said of the College. “I mean, the mountains are close by, it’s a small school, it's got a lot of things going for it.”

You can find more information about “The Icefall Doctor” and his other projects at seanburch.com.