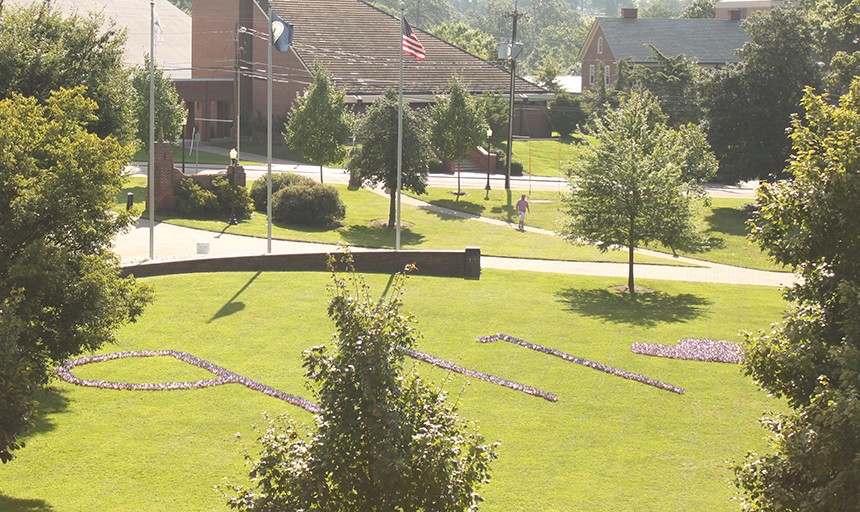 Twenty years have passed since our nation was attacked on Sept. 11, 2001. On that day, American lives were lost in New York City, Washington, D.C. and in Shanksville, Penn. Roanoke College joins our nation in remembering and honoring those lost or injured that day.

A 9/11 20th Anniversary Memorial event was held on the Back Quad hosted by Chaplain Chris Bowen, President Michael Maxey and the student veterans.

“We are gathered today to remember and honor the memory and to honor all of those who responded to the events of that day with courage and compassion,” Rev. Chris Bowen, dean of the chapel, said. 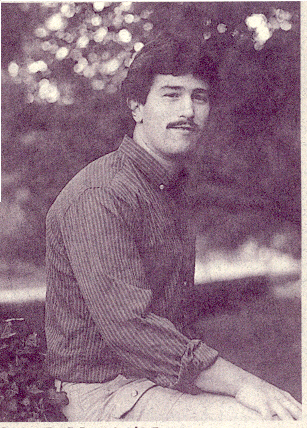 Roanoke lost one of our own that day, Steve “Jet” LaMantia ‘85. He worked for Cantor Fitzgerald on the 105th floor of the North Tower of the World Trade Center. He was just 38 years old when he died. He is survived by his wife, Kim Stewart LaMantia ‘86, who also is a Roanoke graduate.

At Roanoke, LaMantia was a brother of Sigma Chi and a member of the Roanoke College lacrosse team.

Todd Peters ‘85 remembered LaMantia in a video. “Steve loved Roanoke College,” Peters said. “From the time he walked on to the campus until the day he walked off, the guy truly emerged. His self confidence, his presence, his leadership skills were so evident.”

“9/11 has shaped my life in helping me realize how important it is to appreciate ‘today.’ Tomorrow is not a guarantee. Love your family, give a hug, be nice, don’t hold out to tell someone something meaningful. ”

On the ten year anniversary of the event, Mattox shared his recollections in a Maroon Musings piece in the Roanoke College Magazine.

“On Sept. 9, 2001 I arrived in New York City for a training program with Morgan Stanley, on the 61st floor of the World Trade Center’s South Tower. That Tuesday, Sept. 11, I arrived at work at 7:30 a.m. as usual. My co-workers and I were on our first break, staring out the window at the Statue of Liberty, when we saw the first plane hit the North Tower...Prior to that day, I was just like any other 21-year-old. I didn’t think about that stuff. That’s the biggest change – having more of an appreciation for the little things and just for today, just for being here.”

This week, as the 20th anniversary approaches, Mattox reflected anew on the personal impact of 9/11.

“Twenty years later the anniversary means the most it ever has to me because I now have a family,” Mattox said. “I am so thankful to be able to experience being a father to my two boys.  I can also now reflect and understand what the day means to so many who lost a parent or family member that day.  My heart goes out to them.”

“9/11 has shaped my life in helping me realize how important it is to appreciate ‘today.’ Tomorrow is not a guarantee,” Mattox said. “Love your family, give a hug, be nice, don’t hold out to tell someone something meaningful.  There really is no tomorrow.”

Watch the recent interview with Mattox on WFXR.

WDBJ7 talked to Stanley Meador '96, who is the FBI Special Agent in Charge for Richmond, about being a 9/11 first responder in Washington D.C. At the time, he worked for Virginia Department of ABC in Alexandria and helped in the investigation at the Pentagon. Watch the full interview with Meador on WDBJ7.com.