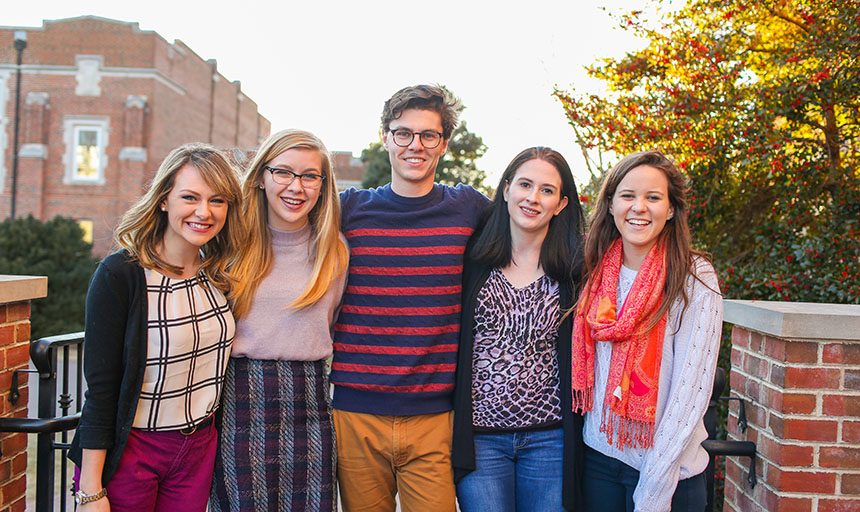 For the second year, six Roanoke College students are finalists for the Fulbright scholarship.

"This achievement represents months-and for a couple of these semi-finalists years--of planning, writing, rewriting, and pouring out their hopes and dreams to tell their stories. This year Fulbright received approximately 10,000 applications and are recommending only about 20% to progress to the final selection round, a fact that makes these six's success even more extraordinary," says Jenny Rosti, director of major scholarships and fellowships. "As their applications move to final selection by the embassies of the countries to which they applied, I am optimistic about their chances for receiving the life-changing experience that Fulbright provides."

The Fulbright U.S Student Program awards approximately 1,900 grants a year. Since 2012, the number of Roanoke students who have received some of the nation's top scholarships and fellowships has tripled, compared with previous years.