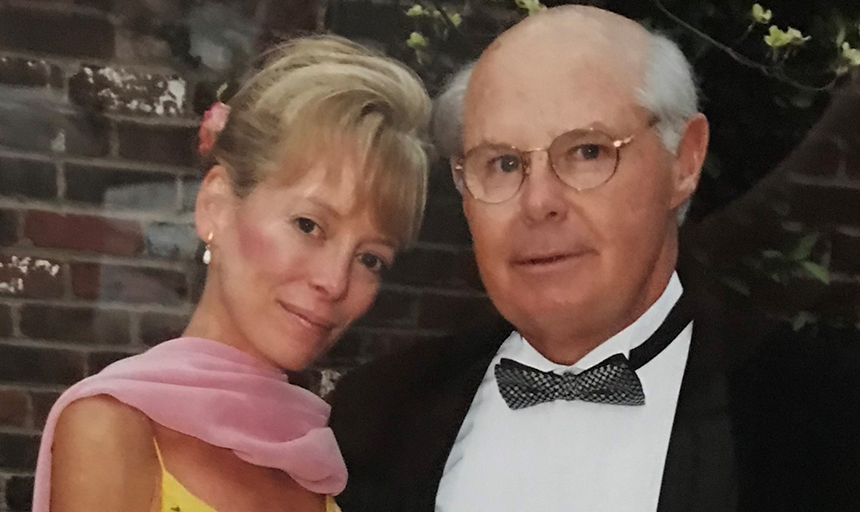 Roanoke College alumnus John Snyder ’64 and his wife, Linda, have generously chosen to honor Roanoke with a $5 million commitment of support that will put the College one step closer to its goal for construction of a new Science Center.

The Snyders said their gift was inspired by John’s fond memories of Roanoke College, respect for President Emeritus Michael Maxey and a belief in the importance of quality science education.

“Roanoke College is so fortunate to have people like John and Linda Snyder as part of our beautiful Maroon family,” said Roanoke College President Frank Shushok Jr. “Their generous gift for the new Science Center is an illustration of their unwavering dedication to the College and what it means to build a life of purpose. Their generosity will have an immeasurable impact on our science programs, which will have a profound effect on the lives and careers of countless students and the communities in which they live.”

The Science Center is a critical capital project on the College’s agenda. It will house three of Roanoke’s 10 most popular majors: psychology, biology and environmental studies. One-third of all courses on campus will be taught there, and every student will take at least three courses from the programs that will be housed in the center. Most student research will also take place there.

Plans for the new Science Center include state-of-the-art teaching and learning spaces, plus a complete renovation of the Life Science and Trexler buildings. The College has raised more than $50 million in cash and pledges for the Science Center to date.

“I’m excited that there will be a building at Roanoke College where students take these critical classes, graduate with degrees in an area of science, and go on to do great things in the world.”

Snyder said he has overwhelmingly positive memories of his time as a college student, especially of fraternity life, extracurriculars and the many exceptional professors who taught him. He wonders if those experiences would have been possible on the campus of a large university.

Following graduation, Snyder worked for several years at the U.S. Food and Drug Administration. He served as CEO of Louisville-based EPI Corp. for 32 years, expanding it into one of Kentucky’s largest providers of rehab and recuperative inpatient care. He has also served as chairman of the American Health Care Association’s Patient Rights Task Force, Facility Standards Committee and Immediate Care Conference, and he was president of the Kentucky Nursing Home Association.

Snyder said that spending his career in a science-based industry only strengthened his belief in the importance of science education, which in turn fueled his decision to donate to the Science Center project.

“Courses in science are invaluable. They teach people how to think, and the key thing is that they teach people how to separate fact from fiction when they are attacking a problem,” Snyder said. “I’m excited that there will be a building at Roanoke College where students take these critical classes, graduate with degrees in an area of science, and go on to do great things in the world.”

The Snyders were also inspired to give by their affinity for President Emeritus Michael Maxey, who retired in July from his post as Roanoke’s 11th president.

“As John got to know Mike Maxey, he really developed a profound respect for him,” said Linda Snyder. “It seemed like Mike really embraced the traditions of Roanoke; that he was truly dedicated. And he was a really effective leader. The more we got to know Mike, the more we just really felt a strong bond to him and the College.”

Kim Blair, vice president for Advancement, said the Roanoke College community is infinitely grateful to the Snyders for their support.

"John and Linda's investment in the Science Center is remarkable and serves as a testimony on the importance of our Roanoke College education and experience,” Blair said. “Their support for this absolutely crucial project will enable our students and faculty to remain on the leading edge of science education. Their gift continues the momentum for the Science Center and will serve as an example for other alumni to give back to our alma mater."

For more information about the Science Center, visit roanoke.edu/sciencecenter.