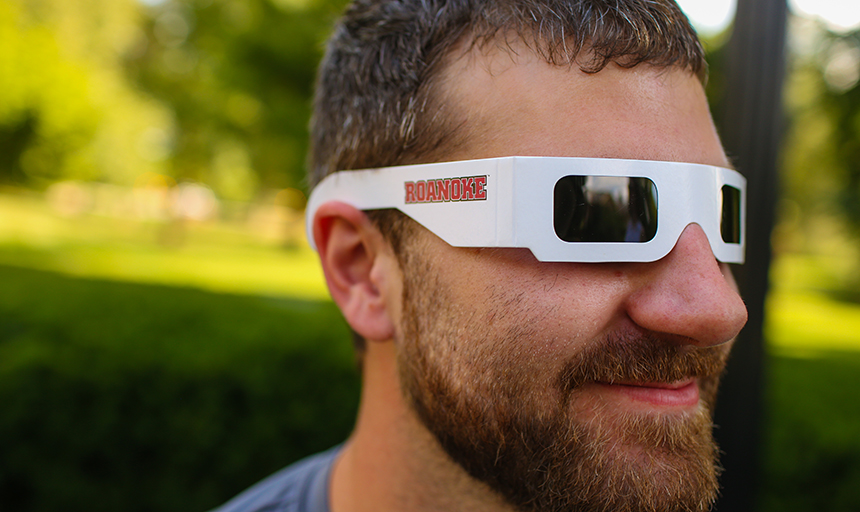 RC Physics Group travels to the totality as eclipse ambassadors

No specific events are planned on campus but a limited number of eclipse glasses will be available for the campus community at noon Monday at the Colket Center Info Desk and in the Resource Development office on College Avenue.

Roanoke College Physics Group is serving as eclipse ambassadors Monday, Aug. 21 at Great Smoky Mountains National Park, an official NASA partner site for the solar eclipse. The park, near Cherokee, North Carolina, is in the path of totality, the zone across the U.S. where the sun will be totally blocked by the moon at the height of the eclipse.

Dr. Matthew Fleenor said the park invited astronomers from the surrounding area to volunteer since a large influx of visitors is expected to the path of totality. This is the first total solar eclipse in the general southeastern U.S. since 1979.

"We are happy to serve as ambassadors for science," Fleenor said. "We're particularly excited to take part in the public reception of the eclipse in such a beautiful area, trying to help others appreciate and understand the science of the eclipse. This outreach event is in line with the significant commitment that Roanoke physics has made to the public understanding of science, as we engage in several events each year to facilitate scientific literacy for the public."

Roanoke College astronomers will be set up at the Oconaluftee entrance and will staff several telescope-aided solar viewing stations as well as capturing different stages of the eclipse with photography.

“We are happy to serve as ambassadors for science. We're particularly excited to take part in the public reception of the eclipse in such a beautiful area, trying to help others appreciate and understand the science of the eclipse. ”

David Matheny, senior physics major, is the lead student organizer for the trip that will include up to 10 Roanoke students. In a video for the College, Matheny offers some tips for safely viewing.

In addition to the solar eclipse, the event will likely feature beautiful sunrise-sunset colors across the horizon. Planets Venus, Mars, Mercury and Jupiter may be clearly observed as well as the star Regulus, which is usually difficult to see.

NASA 360 will broadcast live out of the Great Smoky Mountains National Park on Sunday August 20th and from the Clingmans Dome event site during the eclipse on August 21. Visit NASA's website for all the safety details and lots of interesting material.

Watch from behind the scenes when Roanoke College Physics students take over RoanokeCollege SnapChat Monday, Aug. 21 from the totality!

Forge who you will be 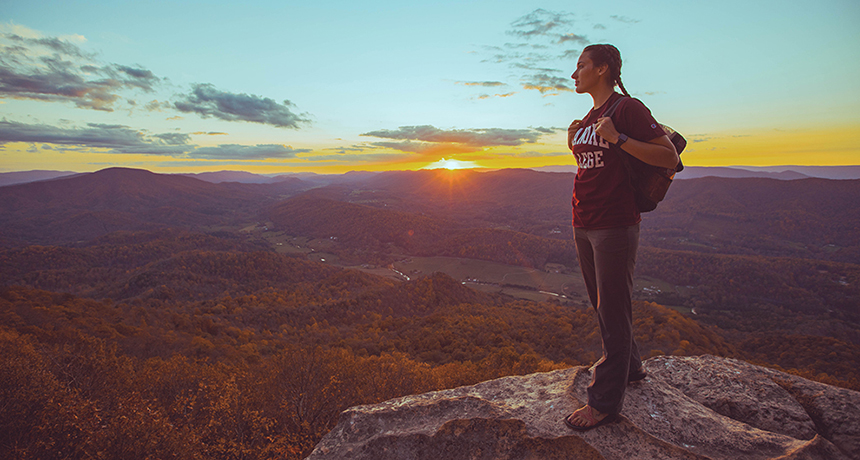