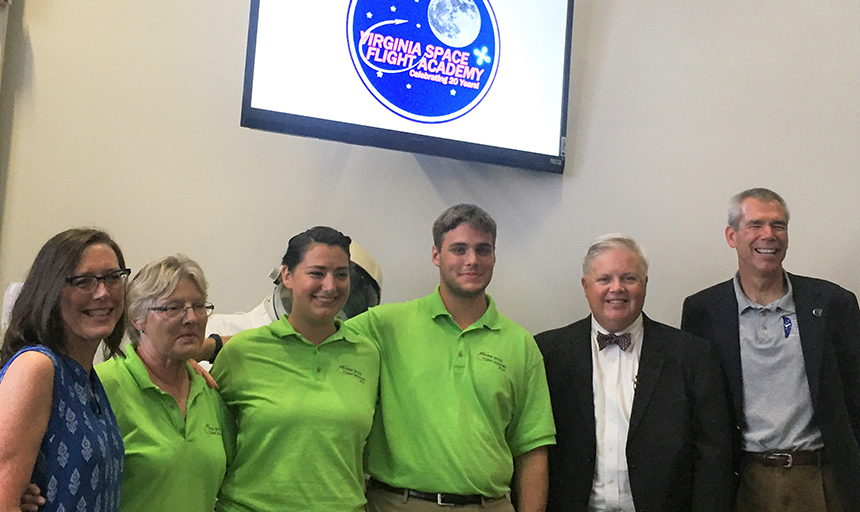 Physics major Jacob Klein ’19 spent the summer of 2018 at the Virginia Space Flight Academy in Chincoteague, Virginia, teaching robotics to middle and high school campers. By the end of the camp, students were able to design, program and build a “fighting” robot. Interning at the Academy “was a great opportunity to talk and network with NASA employees, and further the STEM concept, which I have been involved with for many years,” Klein says. “The VSFA internship allowed me to use my knowledge of physics to teach kids about forces, friction and other physics properties.”

Klein says he also learned about the requirements of joining the aerospace field and what NASA and other companies are looking for in future employees. The Space Academy is held at NASA Wallops Flight Facility and other locations along Virginia's Eastern Shore in collaboration with NASA, the U.S. Navy’s Surface Combat Systems Center, National Oceanic and Atmospheric Administration, Virginia Space and the Mid-Atlantic Regional Spaceport, Chincoteague Bay Field Station, Orbital ATK, Accomack County and Arcadia Middle School. Six, week-long camp sessions are planned each year.