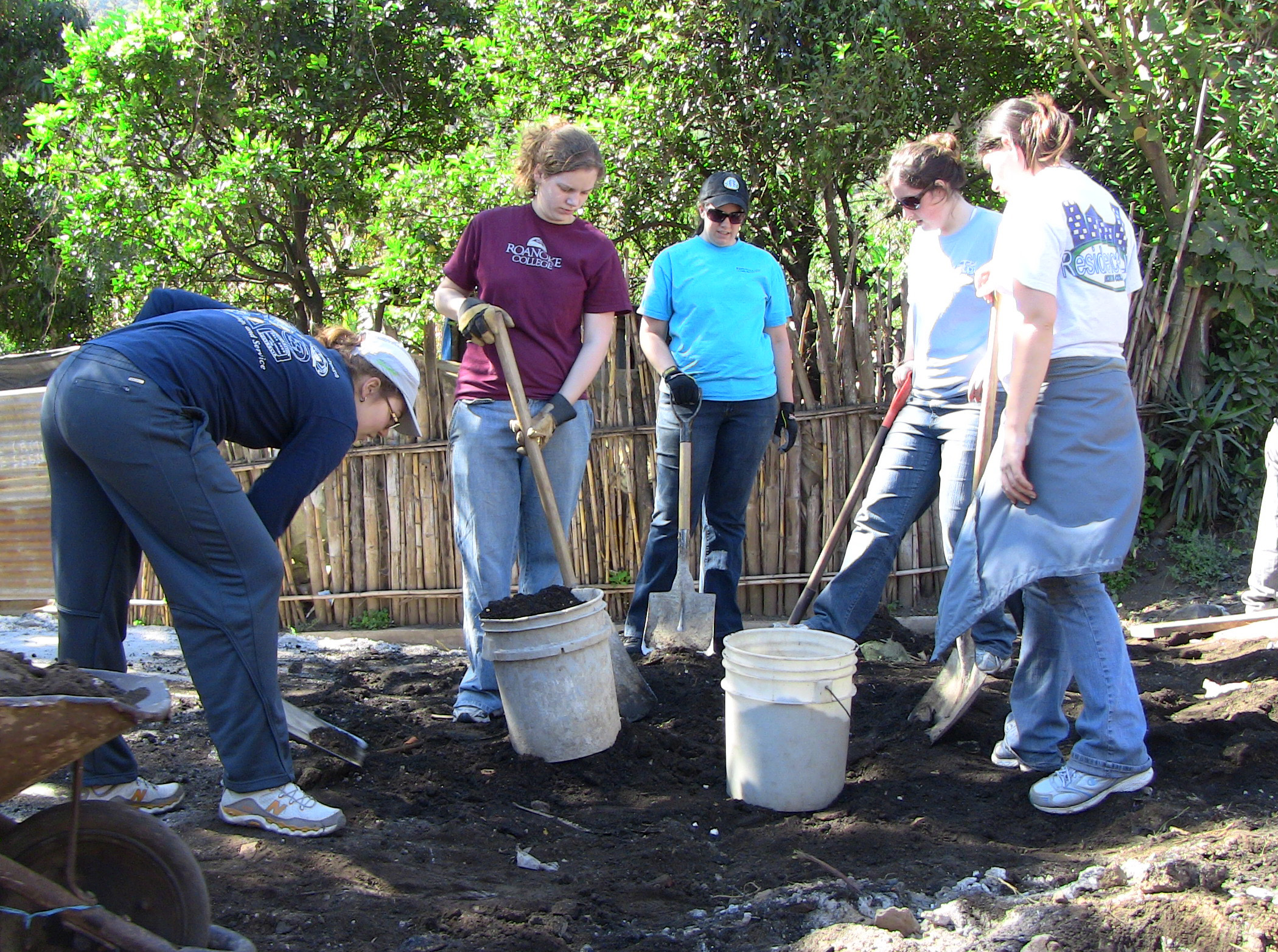 Helping others has been a goal for Nick Varrell. His experiences at Roanoke College have only solidified his desire to serve.


During a spring break trip to Nicaragua with a Roanoke College volunteer group in 2012, Nick Varrell '15 was approached by a group of women who lived in the small, rural community of La Enramada.

The women explained that to get to church they had to walk three miles each way and cross a river twice. They told Varrell they had heard about his dedicated service with a Christian organization in Costa Rica. Could he build a church in their community, they asked?

Humbled and overwhelmed with the desire to help, Varrell told the women that he would see what he could do when he got back to the United States. Later, when a representative from Nicaragua contacted Varrell and told him that the church had acquired land for a new building, he thought, "This is going to happen."

Varrell, of Holliston, Mass., is a seasoned overseas volunteer. He has spent the past two summers in Costa Rica as an intern with Strong Missions, a Christian organization that seeks to help Costa Ricans gain the basic resources necessary for a healthy life. He has also taken several alternative break trips to Nicaragua with Roanoke College groups led by Jesse Griffin, the College's director of the Center for Civic Engagement.

Varrell felt a strong calling to help build a church in La Enramada.

Helping others has been a constant goal for Varrell, and his experiences at Roanoke College have only solidified his desire to serve.

Roanoke "has deeply increased my knowledge of the issues facing people in our world and what kinds of things people who come from privilege can do to help," Varrell said.

He spent months communicating with contacts in Nicaragua to plan the trip. He spent countless hours tackling challenges such as fundraising, designing the church building, purchasing supplies and planning where the team would stay. (They would stay with the same families that Griffin's group stays with during official Roanoke College trips.)

During the planning process, two other RC students, Lauren Harris '16 and Mollie Gleason '14, joined the project alongside Varrell. The three-person team needed approximately $900 per person; expenses for the building project were estimated at $4,500. Within the projected budget, Varrell planned for the cost of building supplies and a salary to hire a local foreman to oversee the project.

Varrell was resolute in making the project happen, as he carries a particular passion for the people of La Enramada.

"I love the community, and I want to serve them," Varrell said before the trip. "The success of this project is really important for my long-term work there. I am hoping on this trip to convey my vision for the impact that I want to try to have on the area."

"I feel like I owe Jesse [Griffin] a lot for opening my eyes to that community. The people are amazing there."

Griffin was fully confident in Varrell's ability to bring the project to fruition.

"Nick doesn't get rattled. When it comes to leading groups that is a real advantage," Griffin said. "He is a consistent, stable guy, and he can roll with any punches that are thrown his way."

On Jan. 1 - during the latter half of winter break 2013-14 - Varrell, Harris and Gleason traveled to Nicaragua to begin the church construction project. Before breaking ground, the congregation anointed the land by burying a jar containing a Bible and a story about the church-building project.

During the team's nearly two-week stay in La Enramada, two-thirds of the walls were installed by a five-person local team hired by Varrell, Harris and Gleason. The remaining walls were to be completed at the end of January.

But "there was a blip in communication and the construction crew built the walls too high," Varrell said. "We still need about $2,000 for supplies for the roof, door, insulation and labor."

The team was able to raise additional funds, with church construction scheduled for completion at the end of April.

While in La Enramada, a well was dug on site to secure a water source for the community. "The water was actually clean and not mixed with volcanic minerals like in most other wells. It was a blessing for the community," Varrell said.

The church - about 26 feet by 43 feet - is located in the center of the La Enramada community and within reasonable walking distance. Varrell expects the church to accommodate more than 50 people at one time.

"The construction in itself was not too difficult" Lauren Harris said. "I mostly helped mix cement and mortar, but it was a terrific experience."

This summer, Varrell hopes to return to La Enramada to see the final product. After graduating in December 2014, Varrell, who is majoring in Spanish and criminal justice, plans to work with Strong Missions in Costa Rica for a year, then return to Nicaragua in early 2016. He also plans to continue his missionary and volunteer work in Nicaragua and has acquired a potential location to build his own permanent residence.

"The big point for me is sharing God's love with the people of the community and making them understand that there are people and forces that care for them and that they are not alone," he said.