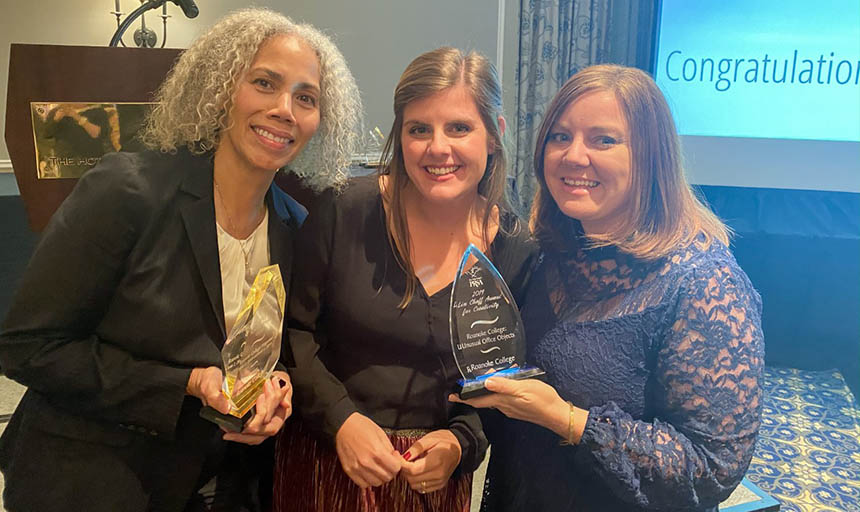 Roanoke College won two Summit Awards at the recent awards gala hosted by the Blue Ridge Chapter of the Public Relations Society of America. The Roanoke College Magazine won the Gold Summit in the magazine category.

Leslie Taylor, the college editor, oversees the production of the magazine. Graphic design is done by David Harris at Mikula-Harris in Vinton. Bison Printing handles the printing of the two magazines each year.

The two issues of Roanoke College magazine that published during the 2018-19 academic year advanced the college’s mission to share news about the institution in ways that inform, engage and entertain. The College has had significant impact on the lives of people who study, teach and work here.

The Office of Marketing and Communications put a call out to employees for their most unique office items. Sixty five employees responded, including those with: a toilet on wheels, ancient cell phones, old college ledgers, and an artichoke shrine.

Check out the award winning issue of the Roanoke College Magazine to see what you may have missed. And watch for another issue out in December!